A Church And A Mosque

We are headed into the heart of an unreached people group.  We passed many mosques — all sizes and shapes — shrouded women and men wearing the distinctive hats of this tribe. 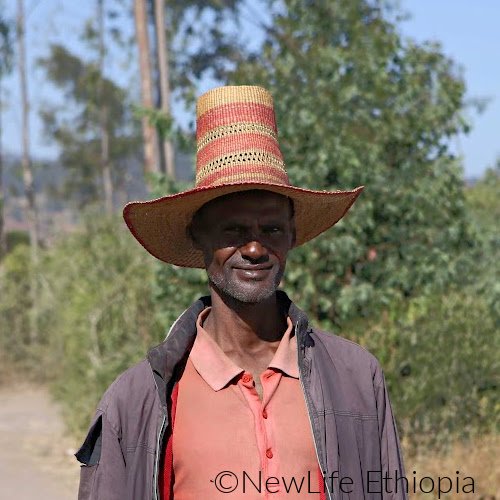 It sobered me to think that 99% of these precious people are dominated by Islam and its religious demands that are never-ending and repressive, especially for women. 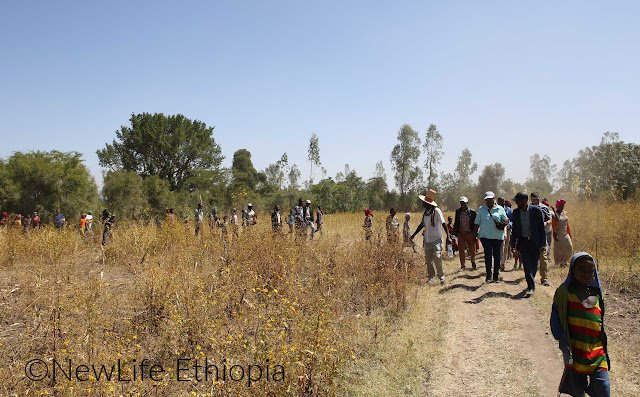 After an hour drive and a twenty-minute hike, we turned a corner and were greeted by singing, clapping and the throb of a drum. 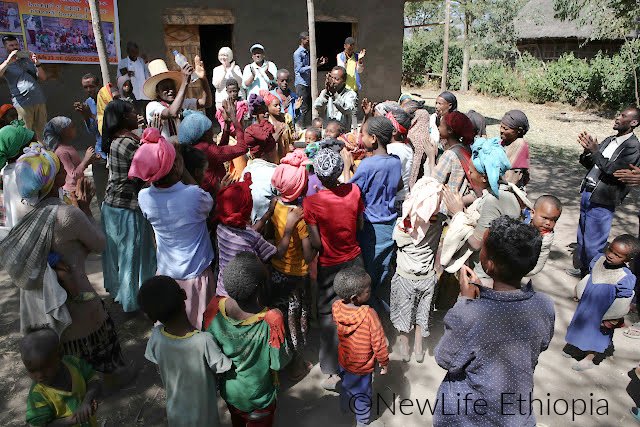 Colorfully clothed men and women dancing and singing met us and led us into the church.  We have never had such a welcome anywhere and it was unexpected and so, so fun.  We couldn’t help getting caught up in the enthusiasm!! 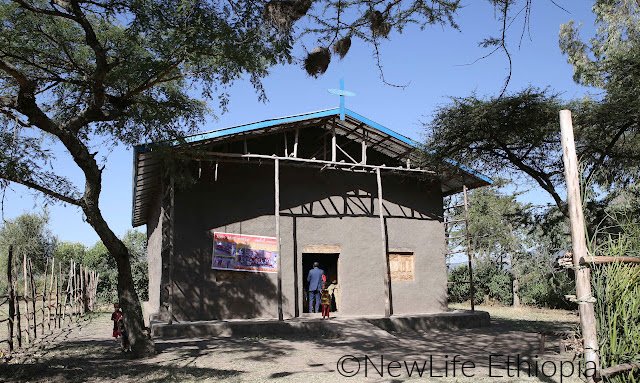 This church is newly constructed, and the congregation has done a superior job of mudding and plastering the walls.  I was told that the ladies of the church did most of the mudding.  They would make a jebena (Ethiopian coffee pot) of buna (coffee) and gather and mud the tall walls singing songs and enjoying each other’s company.  Sounds like a work party I would want to join, mess and all! 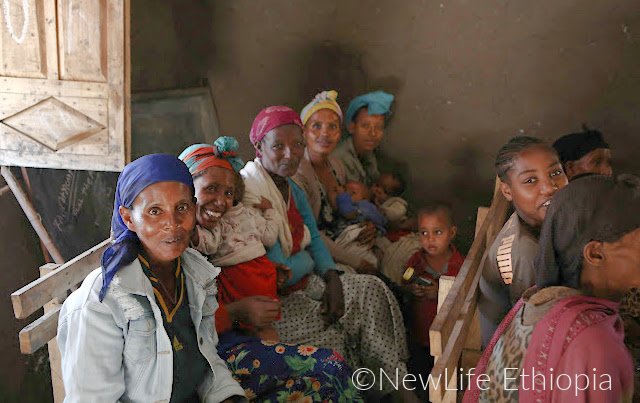 Despite the exuberant welcome and the joyful faces, a meeting with the elders informed us of some serious issues facing the church and the community.  This village is a tribe of people who are extremely closed to the gospel and oftentimes the gospel is violently opposed.  Our missionary from this village donated some of his land so the church could be built.

To intimidate people from going to the church, a mosque is being built not 60 yards from the church.  They put up a loudspeaker and turn up the volume Sundays to disturb any church service.  They are also fencing a large portion of their property so churchgoers will be forced to walk a long way around to enter and exit the church compound.  The very presence of the mosque is intimidating to these people and certainly will be a deterrent to many who might otherwise come to church.  They would like a sound system (battery or generator powered … there is no electricity) so the congregants can hear the preaching and not be distracted by the loudspeaker and its rhetoric next door.

This is one of the villages NewLife Ethiopia supported with food this summer. We were profusely thanked for the food that benefited the entire community, both Christians and Mus!ims.  The message of love that came with the food resonated loud and clear with the people and caused Mus!ims to reevaluate the messages of hate they are bombarded with.  Rain did not come for the March-June planting and harvesting season, so no food was produced.  The July-September planting/harvesting season received rain but then the crops of teff (Ethiopian wheat) and sorghum were completely destroyed by an unprecedented hailstorm.  Devastating!  They are once again facing severe food deprivation.

I am always curious how people come to know Jesus, especially in his hostile setting.  Here are a few of the stories we heard today … 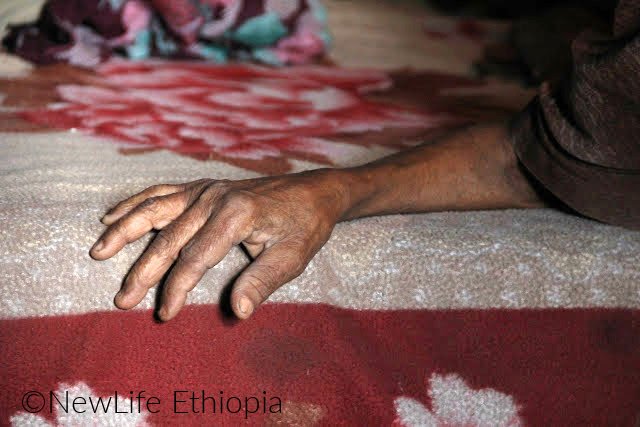 A Mus!im widow got very sick.  The mosque leaders could not help her, and she was desperate. There are no medical services in this area, so you either get well, get healed, or you die. She heard that the prayers of Christians healed people, so asked some Christian neighbors to please pray for her healing.  They did pray and she was miraculously healed!  She was thankful but didn’t think further about the prayers said in Jesus’ name.  Then the drought hit, and she and her children faced extreme hunger.  She heard that the Christians were giving out food and went to the church to beg for a little.  She was warmly welcomed and given a large bag of maize.  A church member carried it home for her and blessed her in the name of Jesus. The next Sunday she went to church and knew this was the God she wanted for herself and her children.  Her children are learning about Jesus at Sunday School as well as learning to read through the literacy program held in the church. 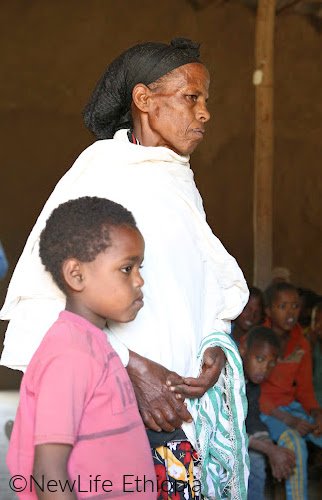 Fatima, a Mus!im woman, was starving.  She was particularly worried about her young son who grew more listless every day.  The Christian missionaries visited her, bringing a bag of maize along with the Good News of Jesus.  God drew this good woman to Himself and with joy she accepted his free gift of eternal life. 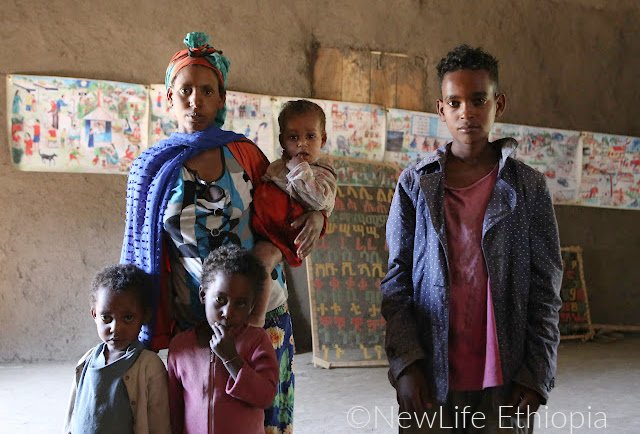 Ribka’s husband died of starvation leaving her alone with four children.  The church gathered around this grieving widow giving her food and emotional support.  Ribka and her husband were both Christ-followers, but today she stood before her friends and us publicly thanking everyone for food and kindness. 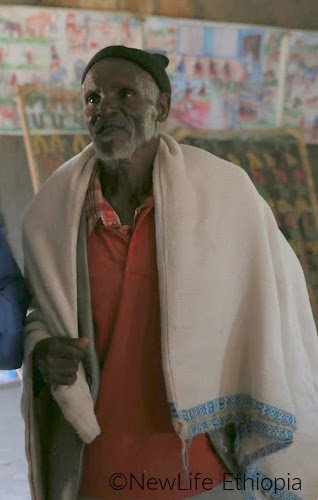 The elderly gentleman in the picture was a Mus!im his entire life until two years ago.  He had an awfully hard life with many problems.  His life hasn’t actually changed much outwardly, but inwardly he said there is a huge difference.  Now he has peace and joy knowing God personally as not only his Savior from sin and eternal death but as a friend, counselor and helper with everyday life.  He also loves his church family.  He recently was sick and many from the congregation came to his home and prayed for him, and he was healed! 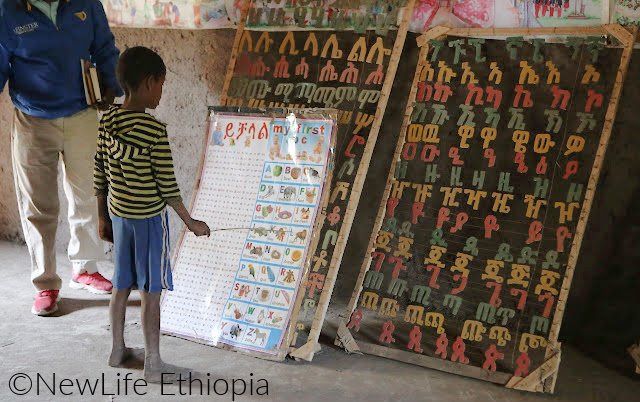 Our missionaries in this church are doing a superb job teaching the children to read.  Our pilot program has been going for eleven months and we are now in the position to assess what works and what doesn’t.  After returning to home base this afternoon, our team had a long discussion about putting together a three-year plan that will ratchet up a notch what the missionaries are able to accomplish.  With no schools available for these children, we must give this our absolute best effort because our literacy program is the only option they have to learn to read.