When I was in the grocery store this week, the woman in line in front of me said, “I used to fill five bags with groceries.  Now I can barely afford to fill three.”  All of us here in the U.S. are feeling the effects of rising costs for food and other essentials.  But the report we got from Ethiopia several days ago puts things in perspective in a big way for me. 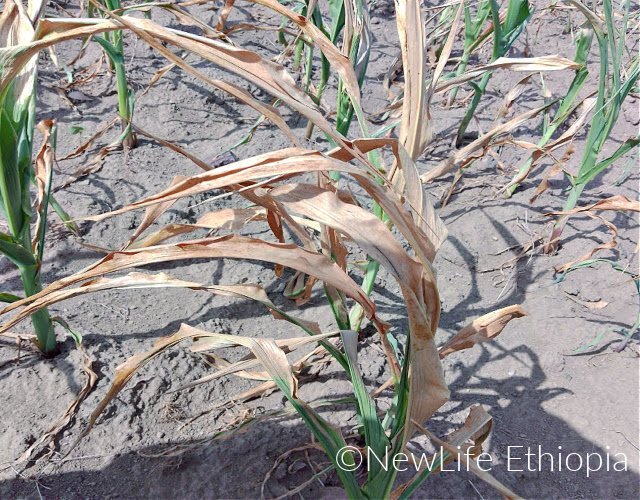 As we’ve shared with you previously, people in many areas of rural Ethiopia are suffering under severe drought – the worst in a decade – and untold numbers have died of starvation.  A rainy season that never came meant little or no harvest and water sources have dried up. One quintal of corn (~100 kg) costs $73, which is an impossible amount to pay for people living in abject poverty. 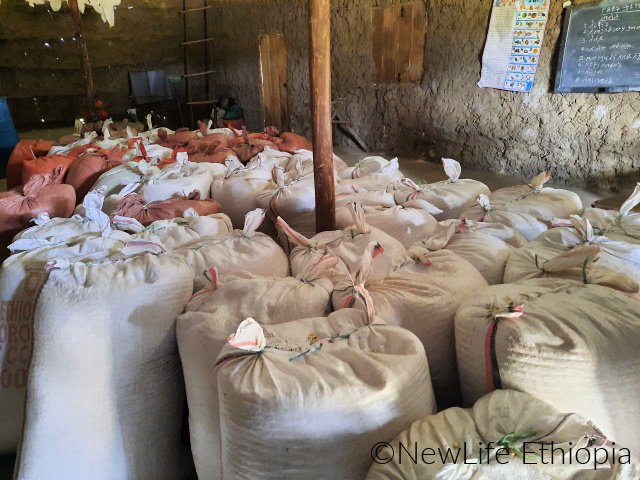 For the last three months, our generous donors have enabled us to purchase and distribute corn in ten Musl!m villages where NewLife has sent missionaries, opening hearts and minds to hear the Good News of Jesus from these men.  Earlier this month we were able to give bags of corn to 1476 families! 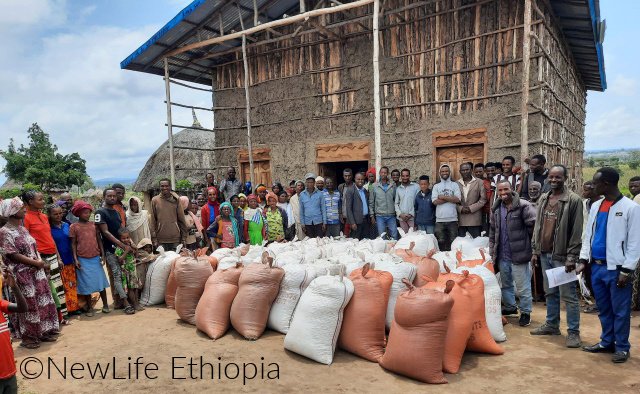 Let me tell you a few stories that Abebe, our in-country director, shared with us about how your giving is working miracles, both physically and spiritually. 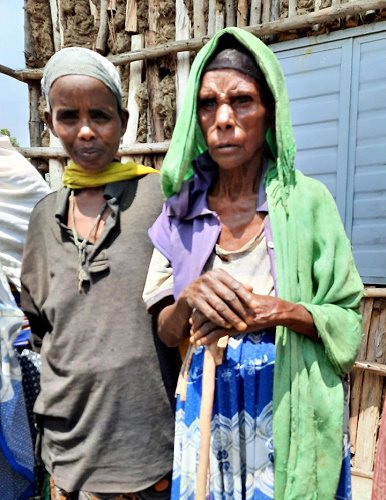 In one village, life is especially difficult for older men and women.  Extended family, who are their traditional means of support, are struggling to stay alive themselves.  The elderly are left isolated and in need, causing great emotional as well as physical distress. 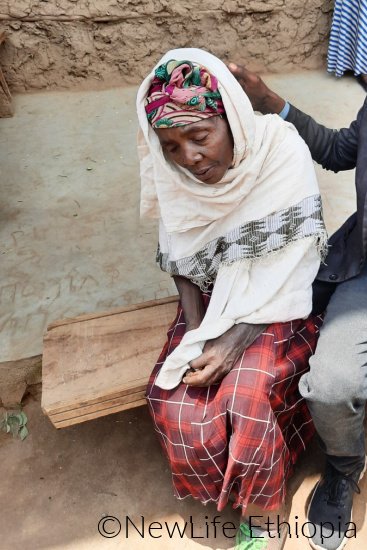 Jatene, an 86-year-old woman explained: “In the past, the community helped out poor and weak people. Yet these days, everyone is in the same condition.  They don’t have the ability or the will to help and share anything. If the drought persists, I fear I will die hungry and thirsty.”

Jatene was given a bag of corn and she is extremely grateful and relieved.  This Musl!m woman gave thanks to God and to all the Christians for her life-saving gift. 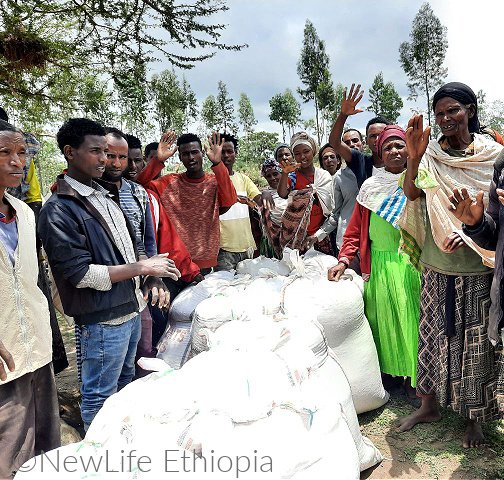 The missionaries in her village report that 10 people have become Christ-followers following the food distribution. 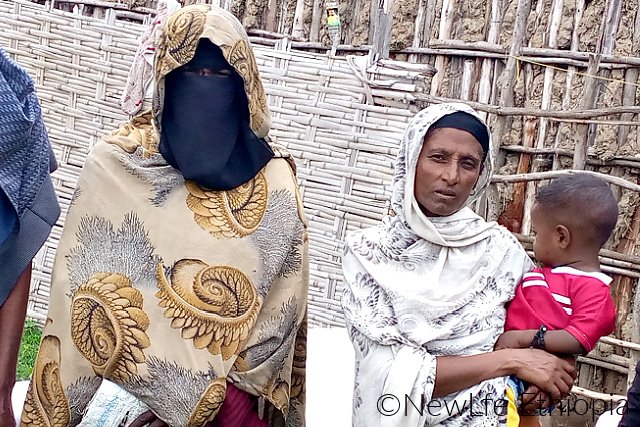 Civil unrest made it extremely dangerous to distribute food in another town.  Fundamentalists were planning an attack but the missionaries there managed to hide the corn in their homes and distribute it very quietly and carefully.  Those men report that the gift of food has created a new way of reaching Musl!m people with the message of the Savior and the recipients have been eager to hear about Him. 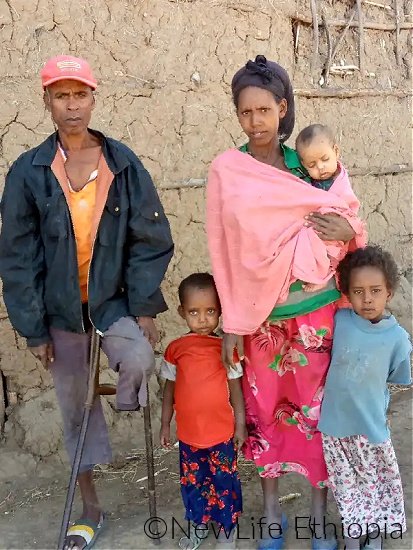 Six months ago, a married couple with three children heard the Gospel message from the missionaries in their village and made the decision to follow Jesus.  The father was disabled and in poor health so when the drought struck he could do little to make sure his children had enough to eat. Tragically, he did not survive. 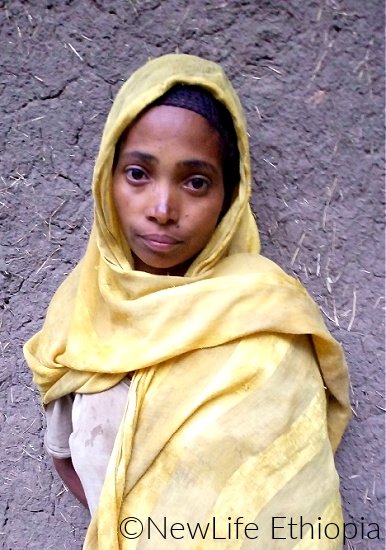 His widow now struggles to raise their children alone.  When she received her bag of corn, she was very humbled and thankful to the Christians who would help her. 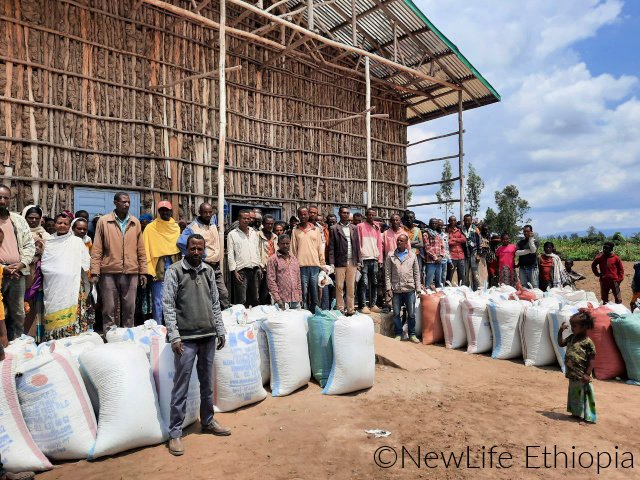 In another area, receiving food over the last three months is changing the minds of the villagers.  This one act of mercy is showing them that they have misunderstood Christianity.  Seven people have made a commitment to Christ within the last two months.  They are saying “People who aren’t Musl!ms are saving our lives!  You really are men of God.  We see the love of God through your actions.” 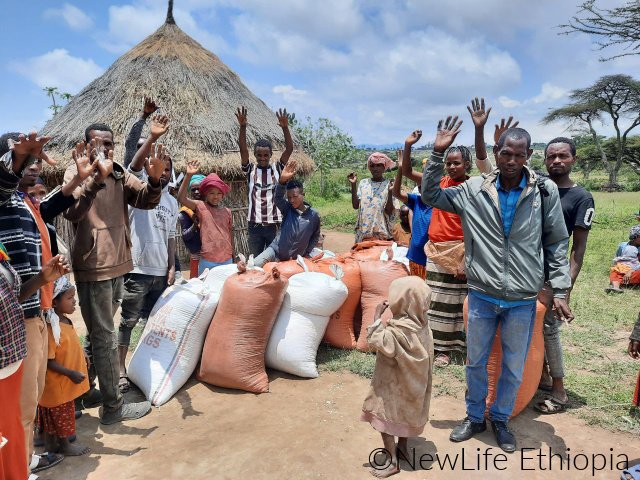 People dying of starvation have recovered.  Children, men, women and the elderly are surviving because of your generosity!   Many who lost hope have found hope in Christ.  They are so grateful to the churches and the missionaries and they send their thanks to YOU as well!  Above all they are praising God!

THANK YOU for your continued partnership with NewLife Ethiopia as we partner with God to rewrite many more life stories! 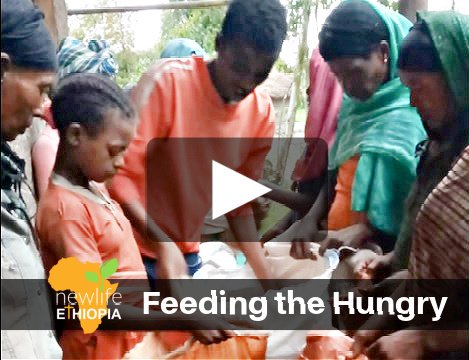