Trucks loaded with sacks of corn labored over rough, windy roads to reach villages populated with people weakened and dying from starvation.   The original plan was to supply 50 kg of maize (corn) for 500 people.  Our missionaries in the affected villages called Pastor Zerihun, the coordinator of the distribution, in a panic, “What should we do?  We have thousands of people sitting outside our churches desperate for food!”  The only recourse was to divide the corn into smaller quantities to give sustenance to more people. 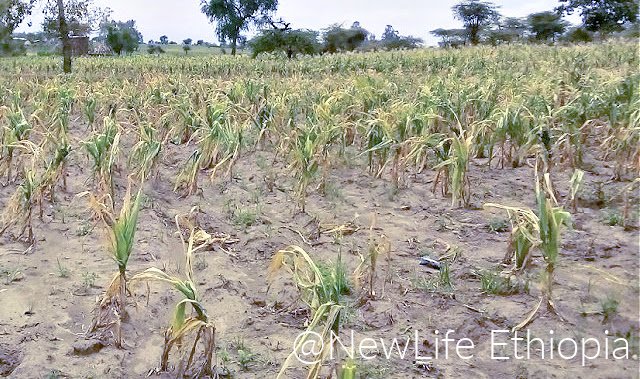 Over the course of several days, corn was distributed by our missionaries in villages where crops lay withered in the fields – for the fifth consecutive planting season.  Anxiety, gradual weakness caused by lack of food, daily funerals and the anguish of watching children slowly die has taken its toll.  Those who could leave their ancestral village, have left.  Children and teens are indentured as field hands in places far from home so they can eat.  Children too young to work sit silent and listless. 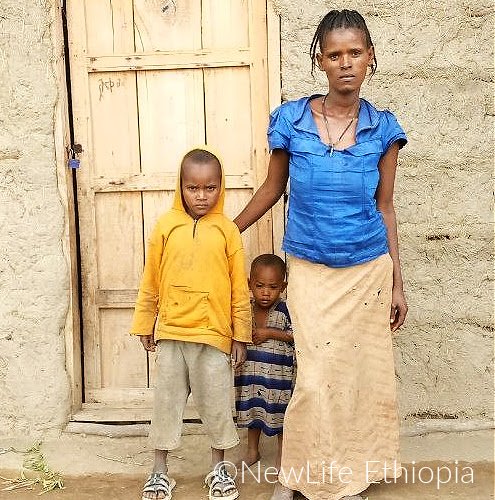 Aster is a recent convert from Islam. These past three years have been difficult due to drought – but this year has been the hardest.  Her husband became distraught and left his family saying, “I cannot watch my children die.”  He was not there when his greatest fear came true — last month his 9-year-old daughter succumbed to the effects of starvation.  Aster had no money for a funeral, so the church collected an offering to bury the little girl.  Aster is thankful for the corn she was given and will cook it sparingly and wisely to make it last. 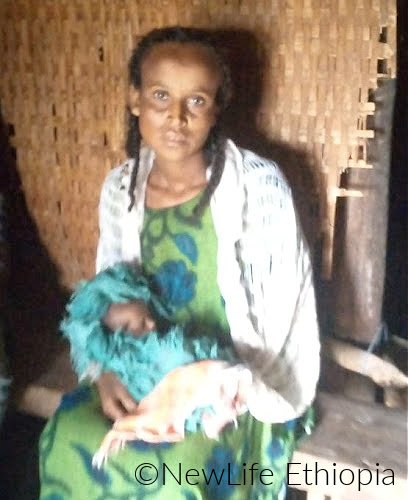 Genet and her husband are also converts from Islam. Genet has 4 children, the youngest a newborn.  When Zerihun visited her, she was so weak she couldn’t walk.  Food was given to the family that will pull them through for a month. 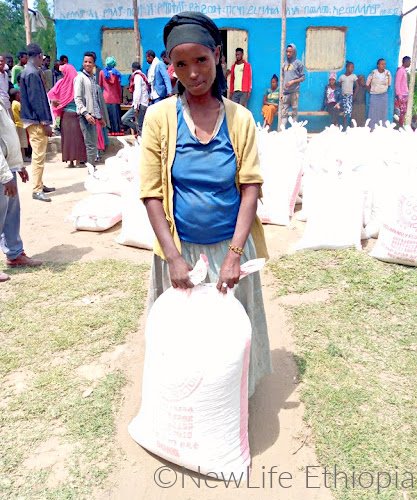 Meselech Mohamed is a Mus!im woman, one of several wives and mother of three. She and her children suffer the effects of hunger – headaches, stomach aches, dizziness and inability to move much.  Tragically, Meselech’s 4-year-old had no more reserves and died.  The missionary in this village was so concerned for the family they were one of the first to receive food supplies.

Lirenso and his wife live alone without the support of their children who left a year ago because of the drought. When Zerihun came to them, they could no longer walk properly, and he knew they wouldn’t last long without intervention.  The gift of food has perked them up and they are regaining strength and energy. 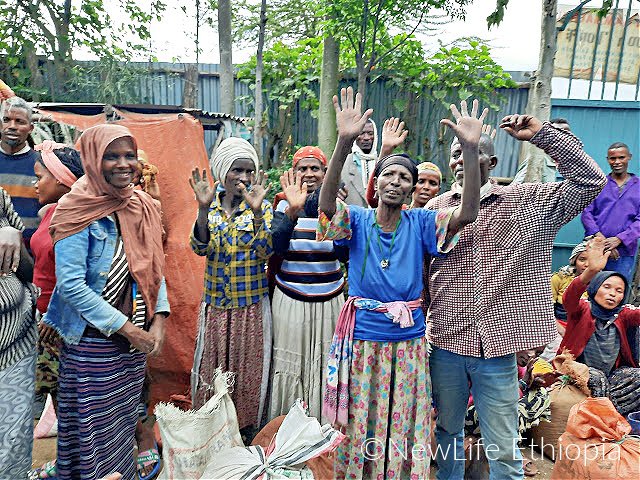 The people blessed with food stopped to give thanks to God and to express appreciation for the organization who provided it.   Our missionaries commented, “Bringing food to our people has removed a huge barrier to the gospel.  It has been hard to share Good News with people so burdened with hunger.  Now they come to us and say God has visited them and their community through the Christian church. They have seen this Jesus we have been talking about.  Now they ask us for prayer and are eager to hear more about the way of Christ.” 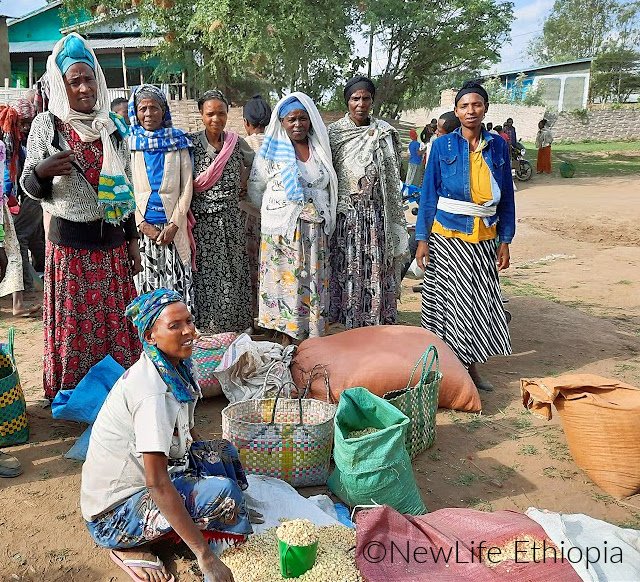 Thank you, thank you to all who have given hard-earned money so people you have never met will live.  It is almost impossible for us to relate to stories of people starving to death … very difficult to imagine such extreme lack.  Nevertheless, starvation is a reality for thousands of people in villages dotted across the landscape of Ethiopia.  Our missionaries ask for prayer that God will continue to provide and that the rains will come in their proper seasons.

Then the Lord will bless you with rain at planting time. There will be wonderful harvests and plenty of pastureland for your livestock.  Isaiah 30:23

A prayer group in Ethiopia is meeting together July 31-August 3 to fast and pray for this dangerous situation; several of our U.S. staff are doing the same.  It is predicted that this drought could last for the next six months.  Without intervention, people will die on an unprecedented scale. 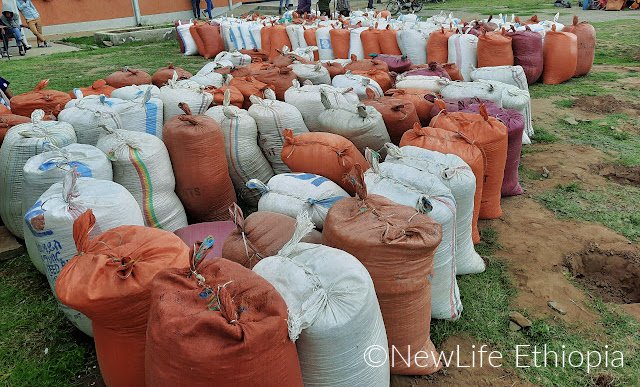 Donations for food will be faithfully sent so grain can be distributed in famine affected areas for another month. Your giving to our emergency fund in August will be matched dollar for dollar up to $15,000, doubling its impact!  Thank you for your generosity!