Sifan skipped off to kindergarten in early May, lunch box in tow, waving good-bye to her mother like every other school day. 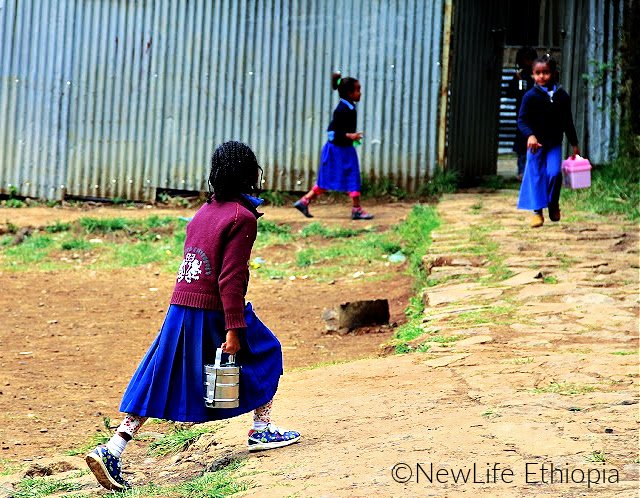 Mid-afternoon Kindergarten was dismissed releasing exuberant children back to their families to help with chores and play until dark.  Sifan, however, never came home. Her mother was mildly curious where she was, but Sifan often stopped by her aunties’ houses or got sidetracked playing with one of her neighbors, so she was not overly concerned. When she did not show up for dinner, her father went looking for her and discovered she never made it to school that day and none of her friends had seen her. Alarmed, Hiko reported her missing to the village police.* 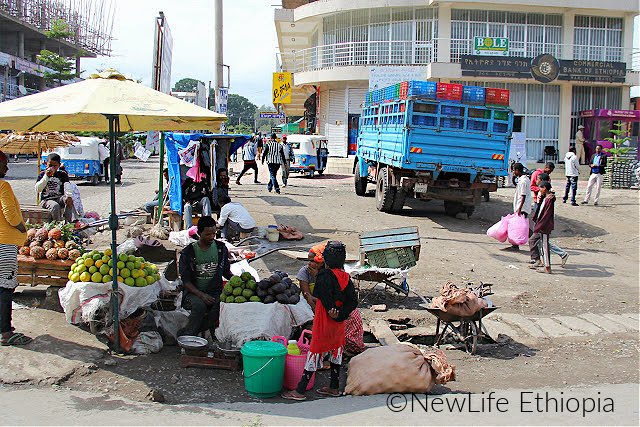 We may never be able to put together an exact timeframe or discover all the logistics of how 5-year-old Sifan got from her small village to the big town of Shashemene, but she was found lost and alone and terrified about 8:30 in the morning May 15th.  The manager of the Catholic Mission, Takele (Tah-KELL-ee), discovered the frightened little girl while walking to work. She was unable to tell him anything but her name. The kind man took her to his home and kept her for three days hoping to gather more information by scouring the neighborhood to see if anyone knew anything about a missing girl. On May 18th Takele reported Sifan’s situation to the police and Ministry of Women’s Affairs (similar to CPS). The decision was made to place the child in the care of Mana Gammachuu (Joyful Place) orphanage while they searched for relatives. 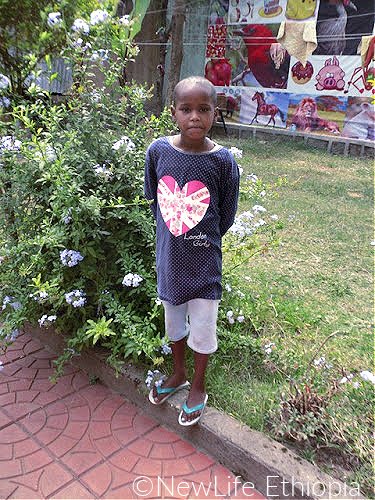 Sifan was a delightful child and quickly became the nannies’ helper with the babies and toddlers. At first she was quiet and reserved, but as she became more comfortable she smiled and played but still could not articulate how she got separated from her village. 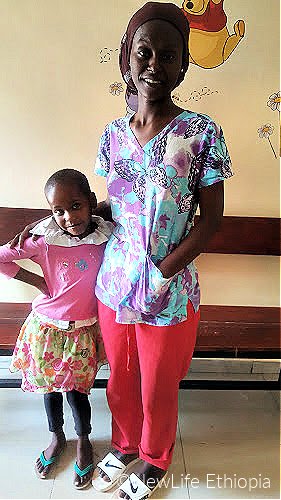 No one reported a missing child to the authorities in Shashemene and the police found nothing in their search for information. Ephrem, the orphanage director, felt he owed it to Sifan to do all in his power to find her family. He inquired of every kindergarten in Shashemene whether they had a missing little girl. All reported they did not. Finally, Ephrem, accompanied by Eyerusalem, the orphanage nurse, took Sifan and started driving to nearby villages hoping something or someone would appear familiar to her. She shook her head repeatedly to the questions, “Do you know this place?”  “Does anything remind you of your village?” 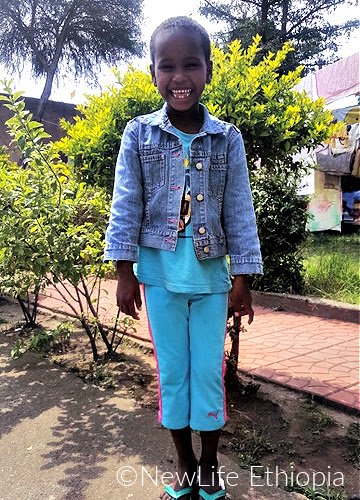 The afternoon of the second day of searching, Sifan started laughing and pointing at a little girl, “I go to school with her!”  The adults talked to the child who showed them where she went to school. Ephrem talked to the school’s director who confirmed that Sifan was a student and was indeed missing. The director wanted to call Sifan’s father right away, but Ephrem said no, they needed to reunite Sifan with her family through official channels and confirm with the village leaders who her family was. Sifan spent one more night in the orphanage.

The next day, Hiko received a phone call he had hoped to receive for over a month. The local police and other leaders vouched for Sifan’s parents and when Ephrem brought Sifan to the government office, she burst into tears and joyously jumped into her daddy’s arms and then clung to her sobbing mother. 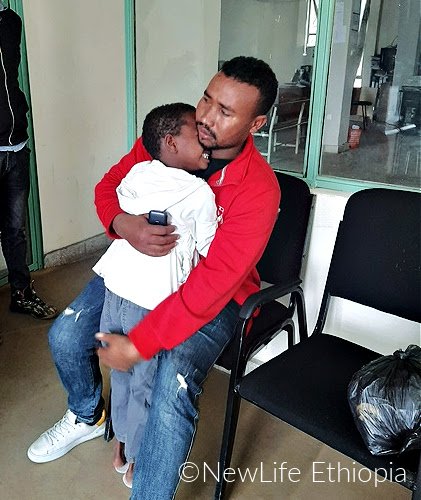 We do not know all the details of this story as Sifan is the only one who knows what happened and she is unable to tell. It is hoped that when she feels secure with her family, she will be able to eventually disclose her ordeal. School is out for the summer and we know Sifan is staying close to home with her parents no longer comfortable with her freely wandering her village. Thankfully, Sifan’s saga had a happy ending and we can only hope that she will be able to overcome the trauma of separation from her family and everything familiar, or worse. Her father expressed over and over again his undying gratitude for the extraordinary lengths Ephrem went to find his little girl’s family. We, too, are grateful for Ephrem and his perseverance. A little girl once lost, is now reunited with her mommy and daddy! 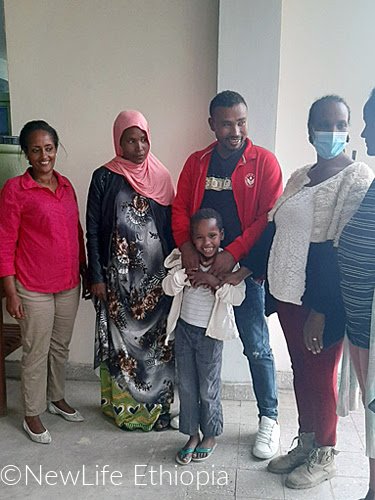 *Small village police stations rarely have a computer or internet … some do not even have electricity. There is no central data base or protocol for sharing information with other police or government entities.