Obse (OBE-say) and her young son were doing what they do most days – leading their cows to pasture.  The early morning sun was just warming the air when Obse heard an unusual sound out in the field.  She walked toward the sound and to her astonishment found a crying baby, recently born, under a bush.  She surmised the baby had to have been recently put there because hyena activity in the area would have certainly killed the baby during the night, but she saw no one around.  The tiny newborn was wrapped only in a thin cloth.  She carefully picked up the infant to comfort and warm her and hastened her son away to fetch the police.  As she held the baby close waiting for help, Obse called her Belise (Bell-EE-say), meaning freedom. 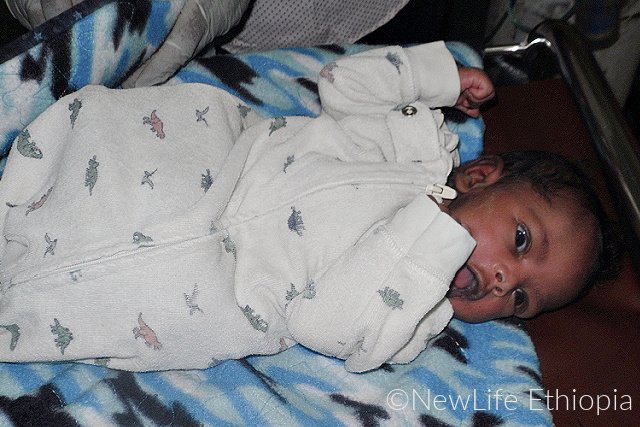 Per protocol, the police officer took the baby to the hospital for evaluation.  After a day, the hospital released her to our Mana Gammachuu orphanage (House of Joy).  Mana Gammachuu has a full-time nurse on staff who oversees the day-to-day care of the children.  She sets the protocols and standard of care, she schedules and trains the twelve nannies who provide the hands-on care.  Under Sr. Eyerusalem’s* watchful eye the babies brought to the orphanage enter a clean, peaceful environment with eating and sleeping routines that produce optimal nurturing.  Our orphanage is for abandoned babies and toddlers so everything is geared toward sustaining the littlest ones.  Sr. Eyerusalem keeps watch over each child and immediately intervenes when she spots a medical issue.  Our babies never smell sour or dirty and, with Eyerusalem at the helm, I have never seen diaper rash.  We have two cleaners who wash mounds of clothes and diapers every day and one cleaner who concentrates on keeping the physical facility clean. 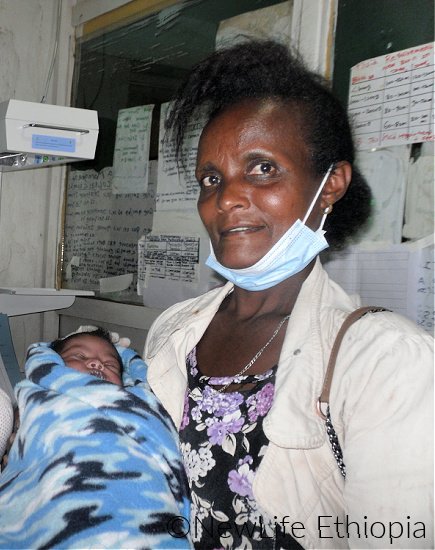 When baby Belise was brought to our facility, Sr. Eyersusalem evaluated her.  Belise was unable to suck and had all the symptoms of malnutrition.  She was underweight, listless, weak and her skin was dry and slack.  Eyerusalem immediately knew this child was struggling for her life and required the intervention of specialized high calorie formula that the orphanage did not have.  Preemie formula cannot be purchased in Ethiopia, so the only time the nurse has access to this “powdered gold” is when people from America travel and bring it over.  Sr. Eyerusalem immediately re-admitted Belise to the hospital, sending an orphanage nanny to stay with her 24/7. 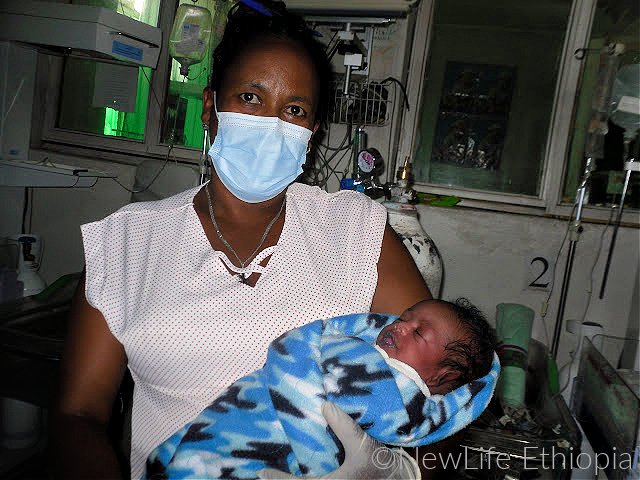 She remained in the hospital for 1 ½ months.  The day I was to leave Shashemene, she was discharged back to the orphanage.  The doctor felt confident her sucking had improved enough and, because we brought over preemie formula, felt she could safely transition from the high-powered formula provided by WHO (World Health Organization) to our American preemie formula.

Thanks again to New Valley Chandler Church, Branches Homeschool Co-op and others who donated formula!! 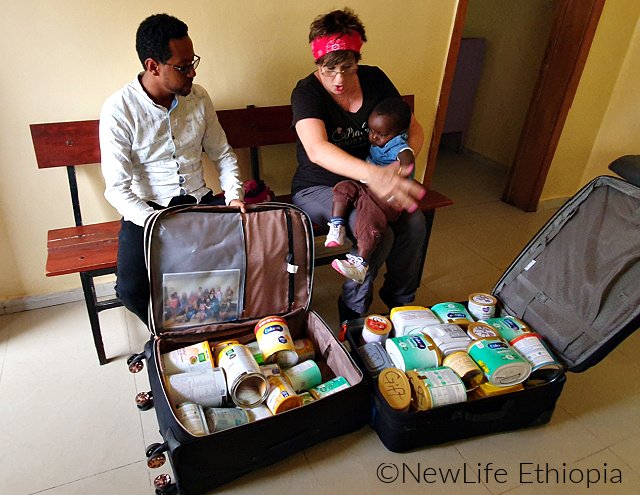 Belise is tucked away in our isolation room attended by one nanny who is with her around the clock.  The nanny has a bed in the room and baby Belise is fed every two hours and has a quiet environment away from the others until Sr. Eyerusalem feels she is thriving. 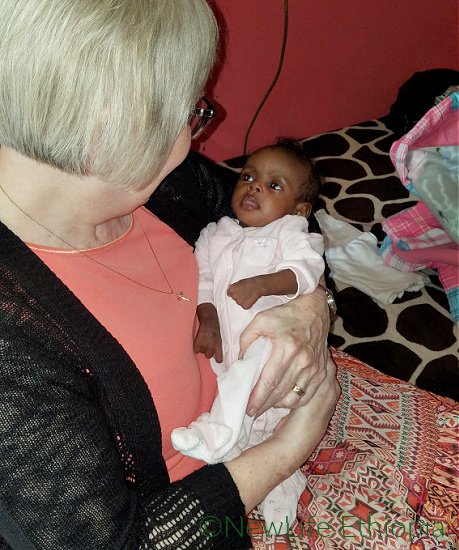 I held this little wisp of a girl and prayed for her.  Not all babies survive the trauma she has experienced in and out of the womb.  Her mother obviously did not have proper nutrition nor did she have support to care for her baby once she was born.

Every year in our orphanage babies die because triage is too little too late.  The police tell us there is evidence of babies who are not found by a caring person but are killed by hyenas.  So… we rejoice over every little person that is placed in our sweet oasis.  I know the next time I come to the orphanage I will not recognize the fat, happy baby named Belise – if she has not already been adopted!

*nurses in Ethiopia are called ‘Sister’