A troubled mother with a toddler knocked on a stranger’s door.  She desperately needed something to eat and drink and hoped someone would take pity.  Sofiya answered the door and welcomed the mother and child into her home, gladly serving them what they needed.  The mother asked Sofiya if she would mind watching her little boy, Adi, while she took the small amount of money she had to go and buy him some necessities.  Sofiya was glad to help the weary mother.

Hours turned into days and Adi’s mother did not come back for him.  Sofiya tenderly cared for Adi but was extremely concerned for his mother.  After a week, however, Sofiya reported Adi’s abandonment to the authorities.  The police brought Adi to House of Joy asking them to take care of Adi while a search was undertaken to find the child’s mother or any relatives in the area.

Unbeknownst to anyone, Adi’s father was frantically looking everywhere for his wife and child.  Three weeks had passed since his wife stormed out of the house with their baby after another one of their explosive fights.  He expected her to come back since she had no way of supporting herself or Adi, but she never did.  His search came up empty and in desperation Gemachuu contacted the police explaining the situation.  He found out his little boy had been left with a stranger and subsequently placed in an orphanage.  Gemachuu eventually located his estranged wife and Adi was reunited with his parents.  His father was extremely relieved to have his son back and he and his wife promised to work on building a healthy relationship. 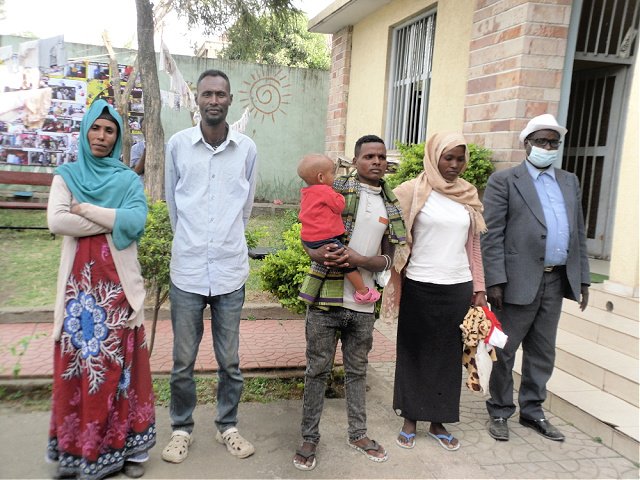 Adi has endured a lot of turmoil and change in the short span of a month.  The orphanage staff are glad he is back with his biological family and are committed to praying for him and his mother and father.