Two-year-old Yerosan has spent all but the first four months of his life at our Mana Gammachuu (Joyful Place) orphanage.  He was found lying on the ground near a school wrapped in nothing but in a towel and was brought by the local MoWA (Ministry of Women’s Affairs) officials to the one place they know will care for children like Yerosan. 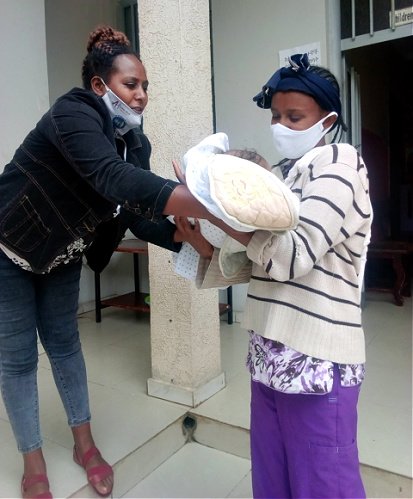 He has been a delightful member of the Mana Gammachuu gang and as he has recently been the oldest little one, he enjoyed so many playmates and the love of every nanny. 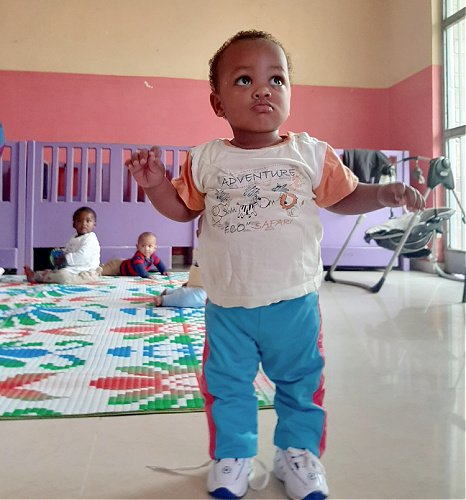 But we know that NO CHILD should grow up in an orphanage and so, along with his monthly sponsor, we have been praying for a family for Yerosan.  God was at work behind the scenes – He is so good at that, isn’t He?

Tadase and Kuri live in Shashemene and already have two grown daughters and a teenage son so they may not have been likely candidates for adoption.  But a close relative adopted a baby from our orphanage two years ago (right about the time Yerosan was abandoned) and Tadase and Kuri were very drawn to this idea of adoption.  They were already familiar with James 1:27 and began to pray and talk about adding another child to their family through adoption.

Earlier this month, Tadase and Kuri completed all the steps required to adopt and came to the orphanage to pick up their son.  Of course everyone will have a big adjustment as this family is being completely reframed and life redefined.  But we know that God’s incredible attention to detail and timing also assure us of His faithfulness to knit them all together as mom and dad, brothers and sisters.  They are “very very happy” to have another son and we are rejoicing with them!