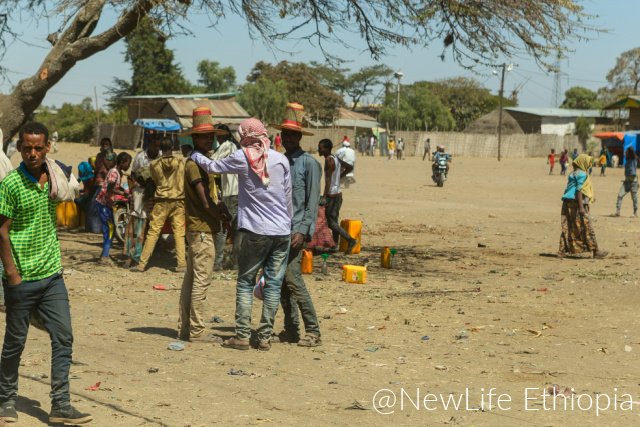 In an extremely remote village where Islam is deeply ingrained into the fabric of the village, missionary Kaleb has had few converts.  Still, he takes every opportunity to share about Jesus and has led about ten people to the Lord.  One man whom he had frequent conversations with came to the realization that Jesus was God and knew he had to follow Him.  He was strongly addicted to khat (chat) and cigarettes and brought all of his supplies to Kaleb who prayed over the drugs with his new brother. The power the drugs had over him was miraculously broken and he is now a free man in more ways than one!

But not everyone is easy to engage! 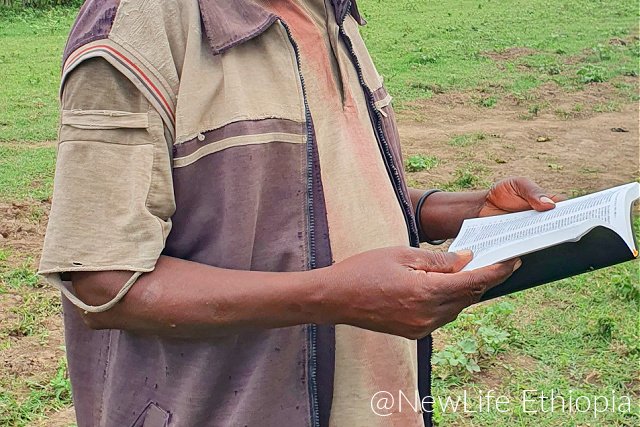 Has God ever put a particular family on your heart to pray for?  This was the case with two of our missionaries who began praying for a family who was Muslim but also heavily involved in witchcraft.  Each time either of the two men tried to share Jesus with anyone in the family, they were attacked physically and verbally.  This did not deter the missionaries, and eventually one member of the family agreed to listen.  God drew the man to Himself and he surrendered his life to the Savior.  It is no longer safe for the new convert to live in his home, but now three people are praying for the rest of his family.

If the Son sets you free you will be free indeed!
John 8:36

Because of skyrocketing prices and cost-of-living in Ethiopia, we are increasing the monthly amount that we send to our missionaries.  Please prayerfully consider becoming part of supporting these brave men with a monthly sponsorship of $25, $50, or $100.  You’ll have the privilege of being part of changed lives with the spread of the Gospel message!