As Jason and I walked into the church in Ziway, we were confronted with the manifestation of prayer and personal worship. Immediately I felt at home, joining them on my knees crying out to the Lord and embracing His presence! 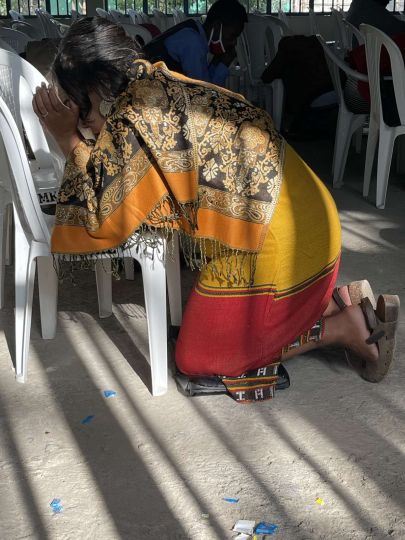 The warm room was filled with missionaries, pastors and local evangelists eagerly waiting for instruction and teaching. Dr. Eyasu, my colleague, translator and well-known spiritual leader, opened the conference with a bold challenge of commitment based on Numbers 6:1-2. His presence was welcomed by the men and women eagerly responding to his zeal.  His apostolic passion to see Christian leaders equipped and used for great things set the tone and foundation for the next two days of teaching.

Gathering my notes and Bible as I made my way to the front of the room, I felt all eyes on me with chatter and smiles behind the masks. They presumed I would be speaking in their tribal language or at least in Amharic because of my brown skin, hair, facial features and clothing.  When I began my intro and greeting, they laughed when I spoke English.  Several yelled out, “I thought Dr. Antoinnette was a Wolaita sister; she looks and sounds like them.”  I smiled with joy knowing that I am viewed and accepted as one of them.

I told them I was with them to teach (not preach) with the goal to develop, equip and transform leaders who will in turn inspire their families, communities and nation for Jesus. 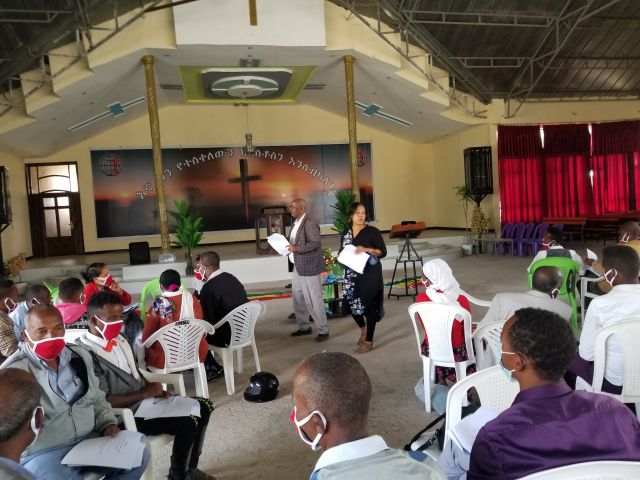 I asked them to break into small groups, dialogue with each other about the concepts I presented and then elect one from their group to share with the large group.  At first, they were hesitant because this is a new way of processing information.  Normally, learning in Ethiopia is done in a lecture format with students taking in information from the teacher.  One participant commented, “Doctor, we are always told what to do.  Now you are asking us to verbally explain both how and why we do what we do.”  I recognized this was a paradigm shift in their thinking and was so proud of the way they embraced this new way of learning.

We discussed the role of a leader:  spiritual leadership, decision-making, influence and vision-casting and how implementing these roles will significantly affect the trajectory of their ministry.  My goal is to encourage them to identify strategies that embrace Ethiopian culture and then refine those strategies among themselves.  This process results in a culturally appropriate perspective that is refreshing, renewing, and transforming. 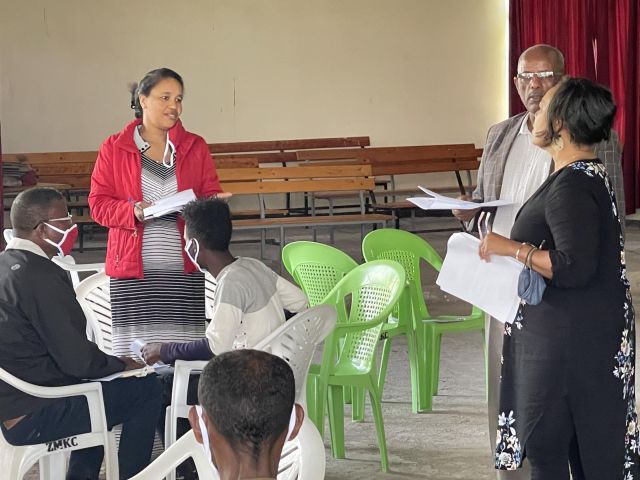 As the men and women became more comfortable with each other and with me, they began sharing some of the difficulties and discouragements of missionary work.  This was very good and allowed me to better identify with the very hard things they face living and serving in Muslim communities.

We make assumptions that Westerners and Ethiopians have much in common and can solve issues using the same basic strategies.  But it’s not so!  We in the West do not lack food, shelter, transportation, and cannot relate to the displacement of families and friends. We do not lack translated material, books, pens, and electricity and we are not dragged down with the constant scarcity of basic necessities. We are not threatened by violent civil unrest and we are not ostracized or beaten because of our newfound faith in Jesus. Understandably, discussion of leadership and evangelism has to be markedly different than a leadership conference here in the U.S.

It’s time for tea break!  Don’t be fooled, in Ethiopia it is never just tea!  The rich fragrance of freshly brewed coffee immediately energized us; I don’t know why they call it “tea break” when most everybody drinks coffee.  We gathered outside and sat under the sun on hard cement benches talking with each other with our arms around each other’s shoulders.  The few ladies attending the conference and I held hands while we walked to the toilet – which is just a hole in the ground and no running water.   All around me I saw lack, hardship and poverty, yet I heard the Lord clearly whisper, “During suffering there is joy!”

After tea break, I led them in a brief familiar traditional worship song called “Alegn Mesgana” in Amharic! I totally caught them by surprise and they joined me with smiles of joy as we worshiped together. 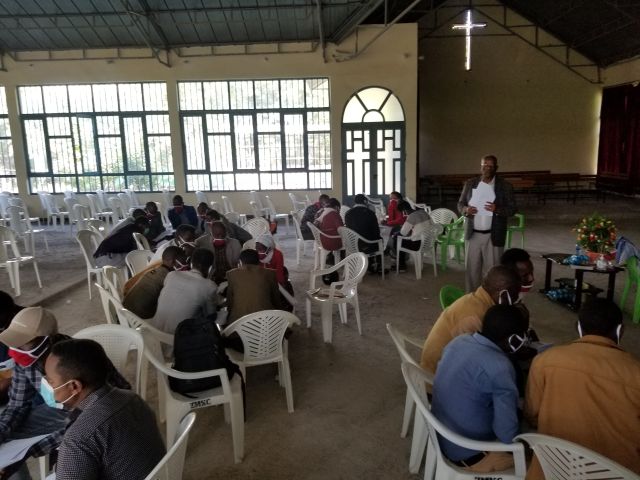 After more teaching and small group discussion, the men and women really began to catch on to how they were called by God to implement His agenda with His perspective. We had an activity that demonstrated followers, leaders, and multiplication. The exercise was transformative! One participant expressed, “Wow, it’s really important for ministry leaders to build relationships of integrity, pray strategically and have the ability to assess ourselves and the fruit of our ministry!”

Our training ended with vision-casting for a multiplication movement.  To achieve this will take time, strategy and a transformative attitude in leaders who are called by God. One missionary shouted as he raised his hand, “I am learning so much, thank you Doctor!” The small groups that started out the first day with timid silence have been transformed.  Now they are raising their hands, asking many questions and freely sharing with each other.  I felt confidence building in them, weariness lifting from their shoulders and the energy and determination to lead differently and effectively. 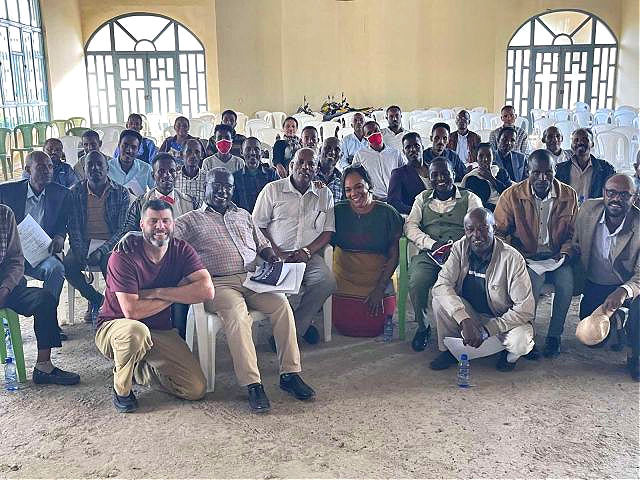 I left them all with a charge to take what they have learned and study it for one week, then teach one person for one month and watch how the Lord will develop them as they take on the role of a godly leader!

After several emails form the Embassy, friends and family about the civil unrest I prayed, got counsel, and felt like Apostle Paul in Acts 16 where his will was overridden by God. The Holy Spirit spoke clearly, “Your mission here is complete, it’s time for you to return.” A peace came over me that truly does surpass all understanding!

Ministry is always laying down our agenda and surrendering to God’s.  Although we were not able to replicate this training with 45 more missionaries and pastors in a town further south, I know that day will come in the future.

I leave saying …. until we meet again and Thy Kingdom Come in Ethiopia.