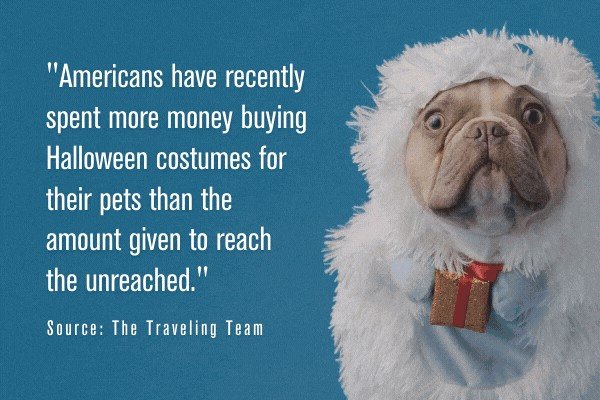 This is a truly scary statistic: half a billion dollars spent on Halloween costumes for our pets?*  We Americans spent 10 billion dollars on Halloween this year, up 8 billion from 2020.   Individuals spent an average of $102.74 on Halloween, an event that is fun for a few hours once a year.  And many of us spent way beyond the statistical amount.

We are not advocating a “bah-humbug” attitude and slamming doors in the faces of trick-or-treaters.  We hope you enjoyed the holiday, but at the same time consider how you can better sow your resources into eternity.

We have missionaries in Ethiopia relentlessly sharing the gospel and establishing Christian communities among Muslim groups that have never before heard the truth of Jesus.  Each man represents a family with children who need food, clothing, education and medical attention.  Many of them farm to supplement their food, but it is guaranteed that all of them make do with very little. 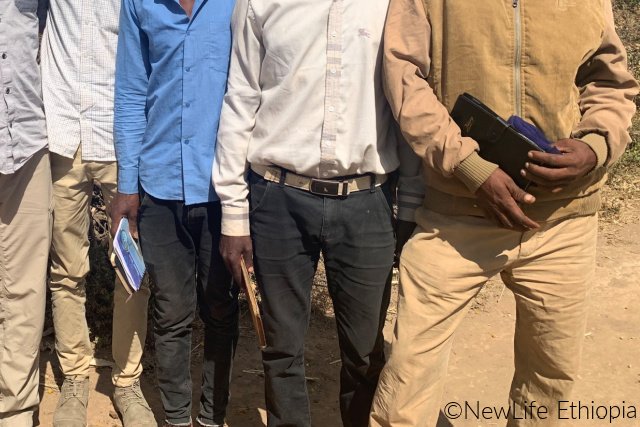 Meet missionary “K” who has established a church in a dangerous area where he and his family are under constant threat.  Despite the antagonism from the government and townspeople, “K”, his wife and three little children persevere by being good neighbors and discipling the 50 converts who themselves endure immense pressure from their community and family.

WAY BETTER than over indulging in a one-night event, don’t you think?

*Statistics from the National Retail Federation