I feel put on the spot when a fellow believer asks me, “Where have you seen God at work today?”  I hem and haw and try to think of something profound.  The truth, however, is that I generally charge through my day with little awareness of the nuggets God puts in my path – a genuine smile from a stranger, “Have a wonderful day” as I exit a store, a wave as a nice soul lets me ease into traffic, a tree in a riot of blossoms.  It is only the extraordinary that causes me to exclaim, “That was God!”

Two women in Ethiopia were like me going about their daily lives when extra-extraordinary circumstances thrust them into situations that were clearly God-ordained.  Should you ask them if they noticed God’s hand at work on August 2nd, there would be no hesitation in their reply. 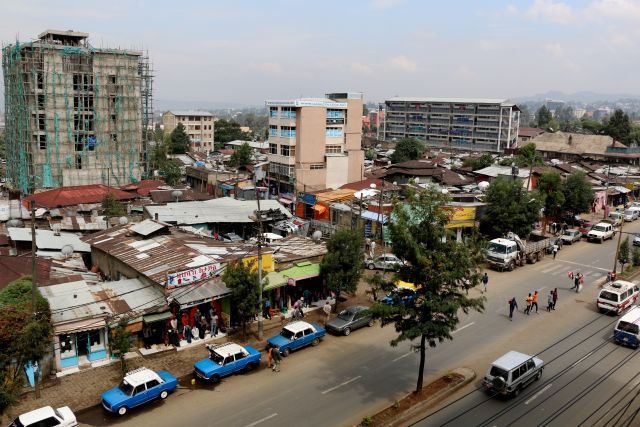 Emebet was returning from work walking by a busy college intersection just before sunset.  Students were laughing and goofing off, rushing to class with books under their arms or enjoying coffee at a kiosk.  Nothing was out of the ordinary in Emebet’s routine.  But in the midst of traffic and the cacophony of voices, she picked out a baby’s unrelenting cry.  Babies rarely cry in Ethiopia as they are always attached to their mothers, either swaddled on their back or at their breast, so the frenetic crying Emebet heard was unusual.  She followed the sound around the corner and found a baby laying on the ground next to a wall obviously in distress and nobody there to care for him.  Emebet picked the newborn up, covered only with a threadbare towel, and took him home to feed and bathe him. 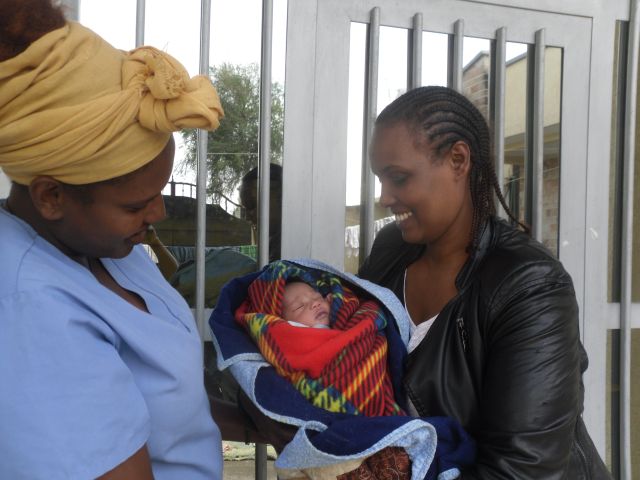 The next morning, August 2, she called the police and the baby was given to our Joyful Place orphanage.  He was estimated to be about two weeks old, weighed 6.8 pounds and his overall health was good.

I don’t know Emebet, but her heart for this abandoned baby is obvious by the name she gave him.  Chala means “the best of all”.  She acknowledged God’s sovereign hand on this little baby and christened him with a name that reflects how God sees him.  What lies in store for this little guy?  Who might adopt “the best of all”? 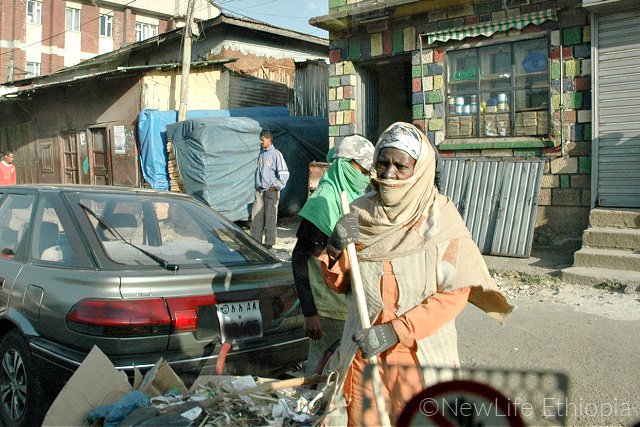 Alem has a hard, dirty job with little pay.  She is a street cleaner armed with a broom and a kerchief over her face to protect from the never-ending dust swirling around her.  Day in, day out hers is the unenviable task of keeping garbage and dirt at bay on busy sidewalks and streets where there are few garbage receptacles.  On August 2 just as the sky was dawning pink, Alem was on her way to her assigned area to sweep when she saw a woman lying on the sidewalk moaning in the pains of childbirth.  She rushed to the woman’s side just as a baby gushed from her body in a pool of blood onto the concrete.

The baby’s mother was obviously unhealthy mentally and physically, and as Alem tried to calm the frantic mother and secure a knife to cut the umbilical cord, she knew this baby was in trouble.  Several people gathered at the scene and a policeman arrived.  The mother was known by the police as having severe mental health issues. She lived on the streets of Shashemene engaged in a high-risk lifestyle.  Concluding the mother was in no condition to care for her baby, the police immediately took the newborn to the Mana Gammachuu (Joyful Place) orphanage wrapped in a shawl an onlooker offered.* 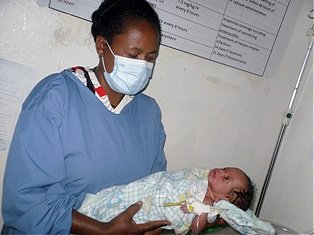 The orphanage nurse was alarmed at the condition of the baby. He was cleaned and given a few drops of formula (he couldn’t suck), and it was quickly determined he must go to the hospital for medical intervention.  Nannies from the orphanage will be with him 24/7 until he is discharged providing his daily care under the supervision of nurses.

Because Alem was an integral part of the baby’s birth, she was given the honor of naming him.  She bestowed on him the name Moses meaning “pulled out of” – in this case a dangerous situation.  She also hopes he will grow up to be a man of God like his namesake, the patriarch Moses.  He is currently still in the hospital, but when he is released back to the orphanage, our nannies will feed him every two hours around the clock and keep him incubator warm under layers of fleece.  By faith, we will see baby Moses thrive and eventually placed in the arms of a mama and papa who will nurture him lifelong.

*Unfortunately, there is a distressing side to this story.  Moses’ mother was taken to a clinic but she refused treatment and ran away.