The Face of Starvation

The Lord watches over those who fear Him, those who rely on His unfailing love.
He rescues them from death and keeps them alive in times of famine.
LET YOUR UNFAILING LOVE SURROUND US, LORD, FOR OUR HOPE IS IN YOU ALONE.
Psalm 33 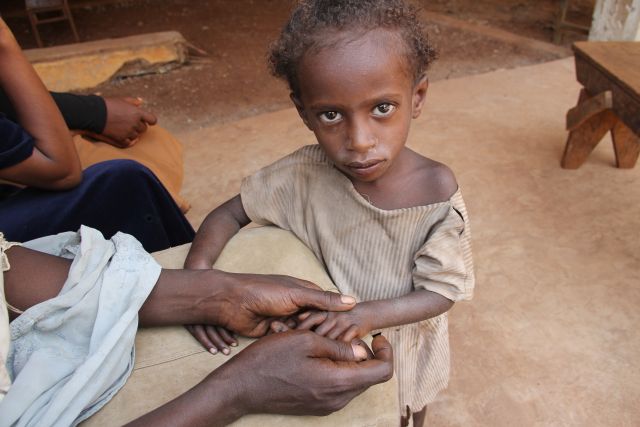 Drought has plagued one of the areas where we work and have planted several churches.  Village people rely on their maize (corn) harvest for food and currency.  A prolonged drought has decimated successive planting seasons, leaving people struggling to stay alive.  Many have not made it.  There are no cattle.  There are no dogs.  Children no longer have the energy to run and play. 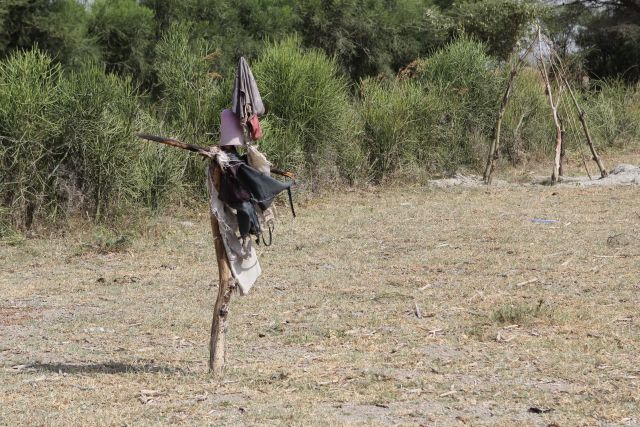 People are dying daily.  Because of the large number of funerals, the customary three-day mourning ceremonies of this tribe have stopped.  Now when someone dies, they are immediately buried with only nearby close relatives in attendance.  However…

Thanks to many of you, 500 families in Ethiopia have food for the month of June! 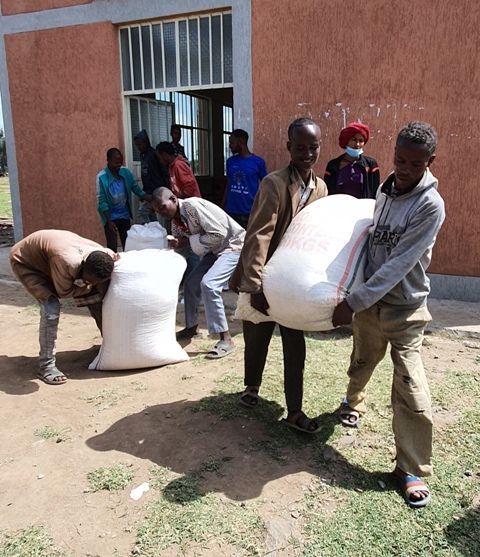 Just before sunrise, the team and caravan of trucks crawled up the hills to the village government complex where 500 previously identified households were told to come for food.

Instead of 500, close to 700 people – most walking a considerable distance – showed up!

Our staff said the 200 people who wouldn’t get food sat there all day hoping that maybe they could come away with something to eat. 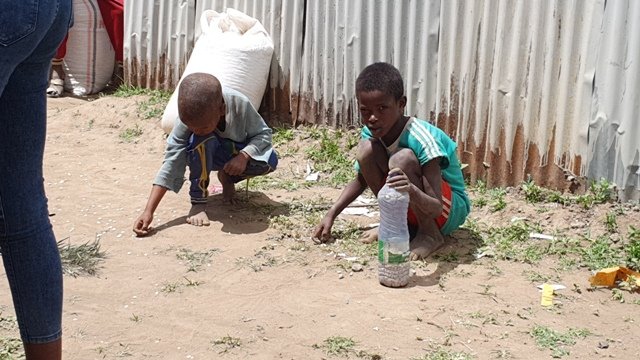 Unloading the bags of maize, corn inevitably dribbled out.  Children from starving families were quick to pick up the kernels hoping to gather enough for one meal. 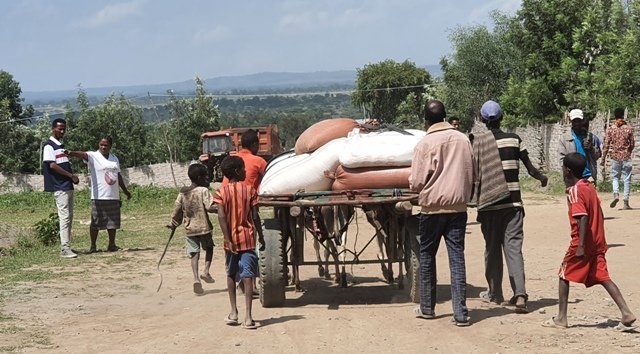 During normal times, carrying 220 pounds would be doable for these strong mountain people. In their weakened condition, it was impossible to walk very far with such a load.   Our organization gave each recipient 50 birr ($1.25) to hire a motorcycle or donkey cart to take the grain to their home.

One lady and her daughter were each carrying 50 kg. on their backs.  When our country manager asked them why they did not hire transportation, they said they did not want to spend the 50 birr because they didn’t have far to walk. 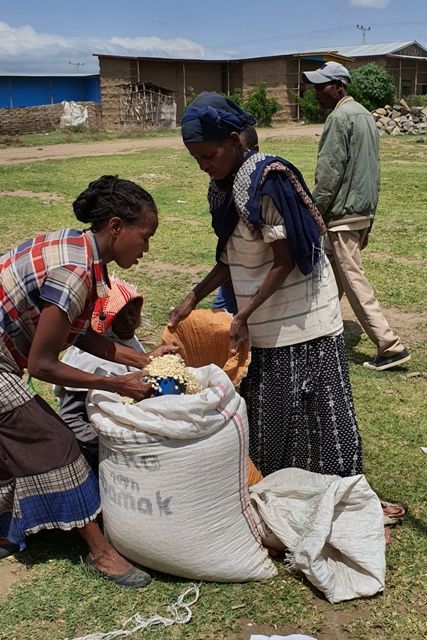 It has been difficult to cultivate the land without oxen and having limited seeds. Seeds are harvested with the crop and used to plant next season’s maize.  With two failed growing periods, seeds could not be gathered.  A few farming families managed to plow some ground by hand and plant, hopeful the rains will come.  There have been a few encouraging rains and we pray fervently they will continue.  However, the grim reality is that the soonest crops will be ready for consumption is the first of September. 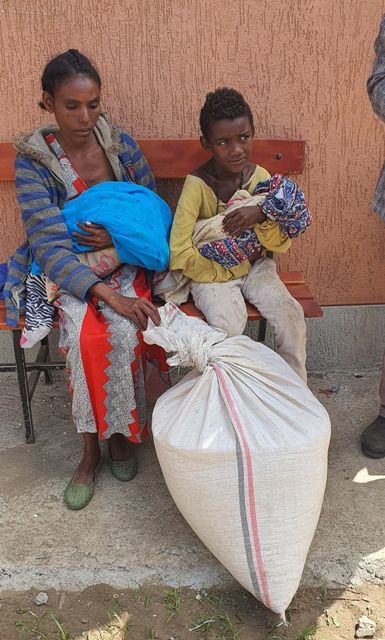 A mother of twins who was not registered came to the distribution center pleading for food.  She had nothing at all to eat.  In tears, she said her babies were close to death.  A 50 kg. bag of corn was found and given to her.  She, along with 200 others, was promised there would be a second distribution of food.

Our ministry friends generated $40,000 to alleviate hunger in two villages. Our missionaries, beneficiaries and government leaders were overjoyed with the provision!  And we give thanks to you, our American brothers and sisters, for providing life-giving food for so many.  But walking away from desperately hungry people who didn’t get food very nearly tore the heart out of our staff. 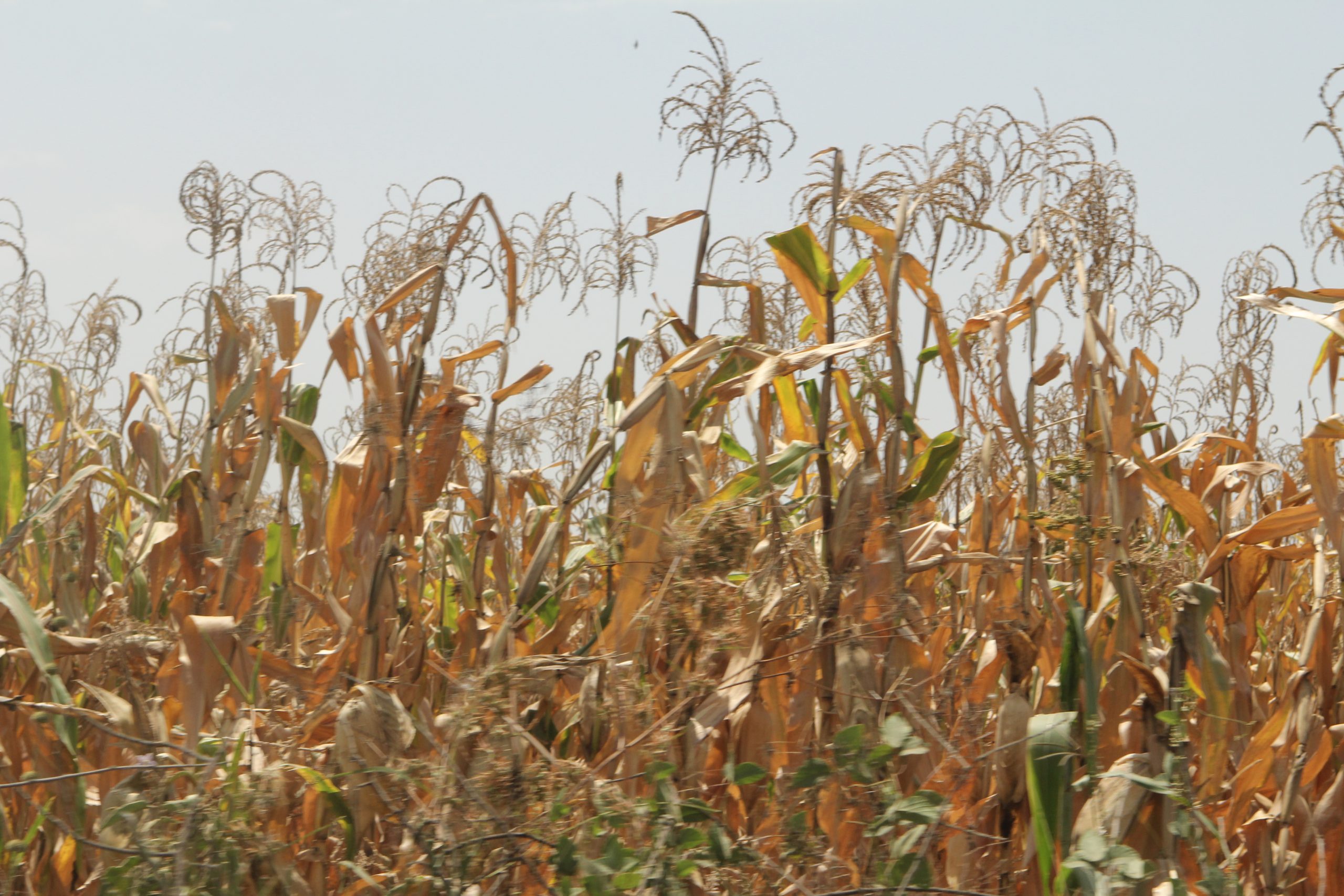 Food is needed for 700 people for July and August.

Would you share this ongoing need with your social media community or ask your church for a one-time donation to help with this crisis?  Drought in various parts of Ethiopia has left 10 million people food-deprived.  Together, we can help 700! 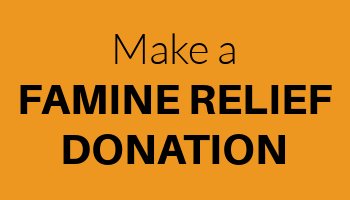