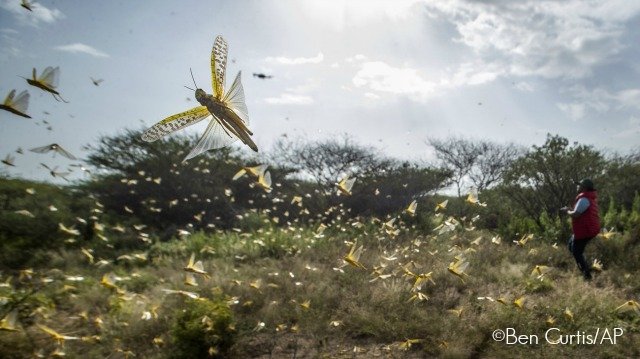 Today we headed up into the hills to see the work being done among a people group there.  The roads are rough and the going slow, but the scenery is beautiful.  We passed through one locust infestation, though.  They are horrid flying creatures reminding me of something out of Star Wars.  They look like small, yellow birds.  People were in their fields lighting smudge fires and beating them away from their newly emerging crops.  Thankfully what we saw was minor compared to an earlier hoard.  Coming down from the mountain we noticed only a few left flying around. 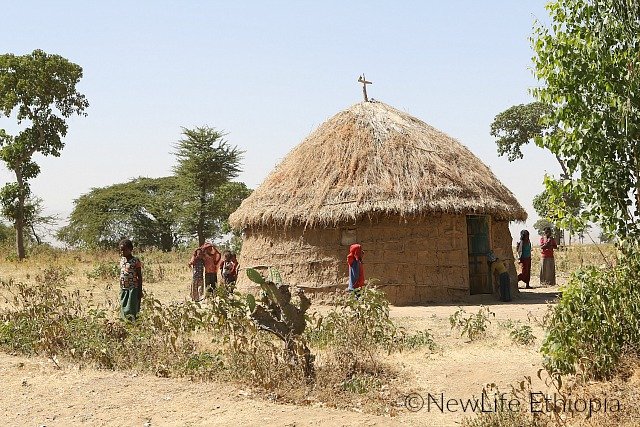 Our destination is a medium sized town that is the administration center for this tribe and, until four years ago, was 99% M*slim.  One missionary (I’ll call him Daniel) who believed God’s power to radically change lives shared Christ in spite of enormous pressure from his neighbors and town authorities.  After gathering a few converts, Daniel built a small stick and mud hut, attached a cross to the roof and began church.  People were very angry seeing a cross in their midst and retaliated by burning the house down of a new convert.  The family escaped with their lives but lost every possession they had.  While the embers were still smoking, the few believers gathered around and loudly prayed, expressing their forgiveness toward those who did this terrible thing.  Christ-followers in Ethiopia and the U.S. sent money to build a new, better house and to replace the furnishings.  God mysteriously used this tragedy and the response to it by the Christian community to break down barriers and draw hundreds to Him.  In just six months, it was necessary to erect a large church to accommodate all the new Christians!  The town leadership, who just weeks before were making life miserable for Daniel, now professed Jesus as their Savior. 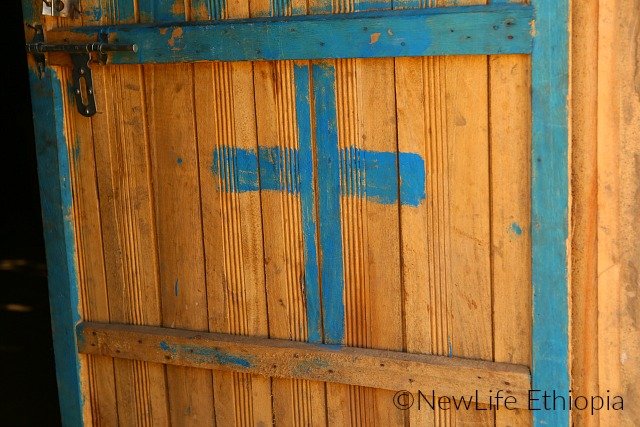 That same year, seven anointed men were sent out from that church to surrounding villages to tell others the Good News.  It is those missionaries that we visited today.  The tribal outreach we learned about yesterday was sobering and intense.  Today, the mood was much different.  The house churches are bursting their seams, making it urgent that formal churches be built.  Construction of four churches will begin next month in areas where there has never been a Christian presence before!  The general report is that this people group, who are traditional M*slims, are open to hearing the truth about Jesus.  Their hang-up is not having a proper building to worship in.  Many people have promised to come, learn and pray once a church is built.  Let it be so! 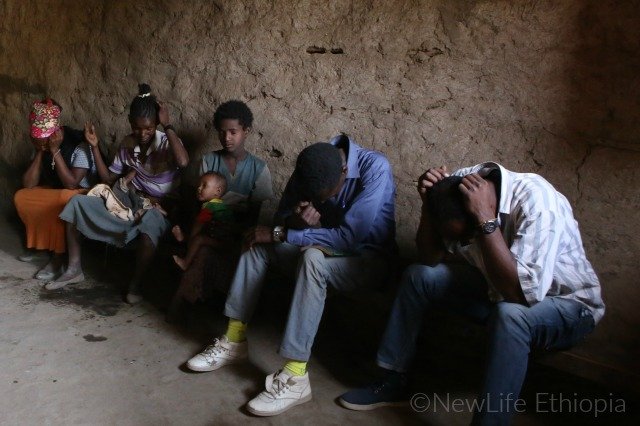 Christian education is flourishing in the house churches with an average of 40-50 children learning about Jesus.  Weekly Bible studies and prayer groups take place in converts’ homes; it is not unusual for intercessors to dedicate blocks of time each week to pray for their extended family and community.  Witchcraft activity has intensified against the Christians, but the townspeople are baffled as to why their incantations and spells have no effect whatsoever on these crazy Jesus followers! 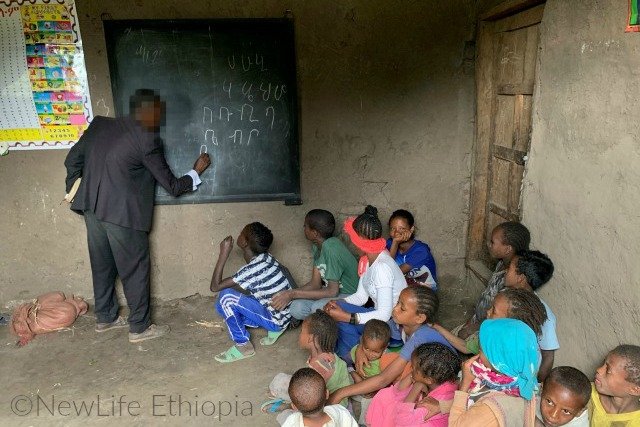 Along with Christian education, missionaries teach reading to children.  40-70 children in each village gather to learn the basics of reading and then enjoy a Bible story afterward.  M*slim parents are telling their children to stay away, but our missionaries report that the majority of their students are M*slim children who are eager learners and can’t wait for the story after instruction.  NewLife will purchase blackboards and other school supplies to help bring literacy to these remote villages. 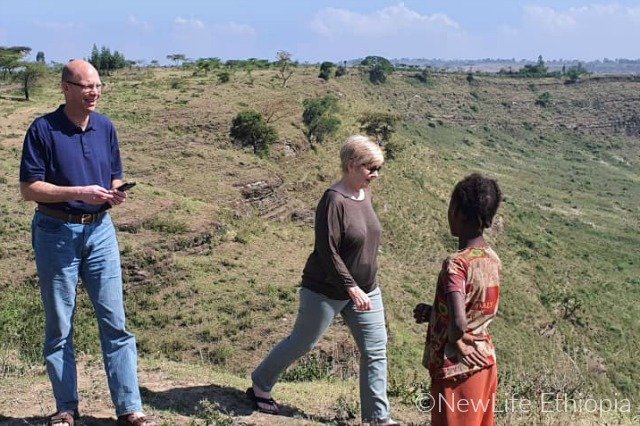 Trekking to visit a missionary

Daniel is called to be an evangelist and in January he left the flourishing church he started in the capable hands of a trained pastor and started sharing God’s Word in a village about a two hour walk from his home.  Within two months, 22 adults and 18 children have given their lives to Jesus!  One sheik, a key leader in the mosque, kept having disturbing dreams night after night and Daniel was in them.  Finally, the sheik approached Daniel about the meaning of the dreams.  Daniel patiently and thoroughly explained God’s truths and the reality of who Jesus is.  It took some time for the sheik to extricate himself from his important position in the mosque, but meanwhile Daniel taught him, his wife and children and they have become strong believers.  Because of his natural leadership role in the village, many will follow his lead.  Daniel did in this town what he did before… he erected a small stick and mud hut and started church.  At the rate God is bringing people to Himself, another new church may be needed in the near future!

We left our time of fellowship uplifted and encouraged!

Praise the LORD all you nations; extol Him, all you peoples.
For great is His love toward us and the faithfulness of the LORD endures forever.
Psalm 117