An Orphan No More

Kedir heard a quiet knocking on his door one Saturday morning.  When he opened the door he found an unfamiliar woman standing on his doorstep holding a baby in her arms.  She told him she had nothing to eat and asked if he could please give her some food.  Kedir called his wife and together they went back to their kitchen to gather some supplies to give to the beggar woman.  But when they returned to the front door, they saw that the woman had left the baby on their doorstep and run away.

Not prepared to care for a baby, they tried to feed it cow’s milk but soon realized what needed to be done. They reported the abandonment to the police.  After a search for the mother, the Ministry of Women’s and Children’s Affairs made the decision to refer the baby to our orphanage, a place they often bring babies who are found abandoned. 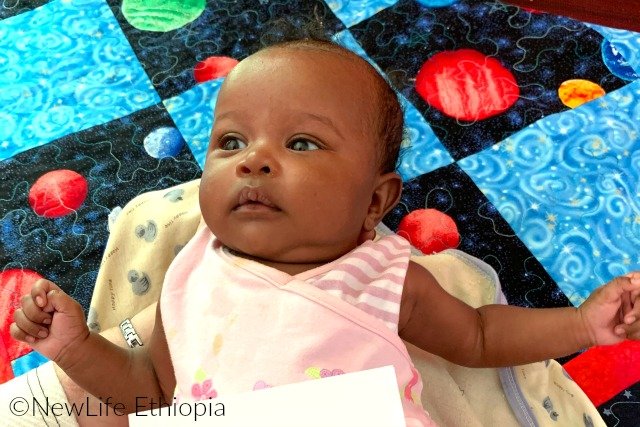 It was estimated that the little girl was about two months old and she was named Lelise. 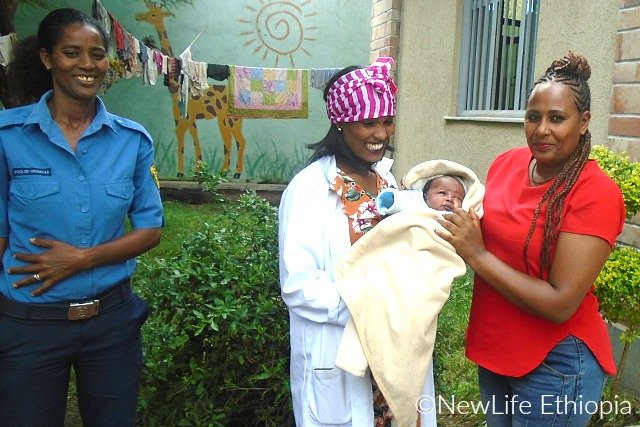 The nannies fell in love with her, as they do with each little one in their care.  Because of her sponsor, she received good formula and tender loving care as she began to grow and flourish. 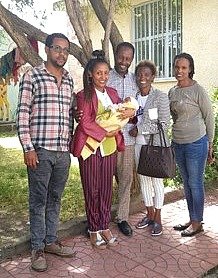 In the meantime, a young single business woman had a growing concern about the increasing number of orphaned children in her community.  What could a 26 year old single woman do?  Bethlehem had a dream that she adopted a child and as a result, she began looking into what would be required for her to adopt an abandoned baby.  Her family supported her in her desire – her sisters, brother and parents told her they would help in every way they could. 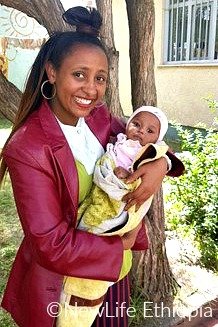 Earlier this month, Bethlehem became the very proud mother of a beautiful baby girl, Lelise.  This precious one now has a doting, loving mommy of her very own as well as a big extended family very eager to support and cherish her.

Once an orphan.  Now a daughter.