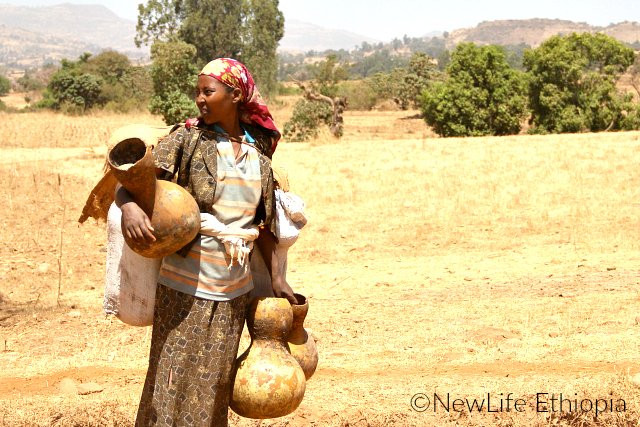 Robdu’s life was very hard.  She was one of several wives of a man who barely provided for her and her children.  In addition to practicing his M*slim faith, Robdu’s husband was heavily involved in witchcraft.  Missionaries visited Robdu sharing words from scripture.  With tears streaming down her face, Robdu admitted that fear gripped her every moment making her life miserable.

As the missionaries began praying for Robdu, she was violently thrown to the ground with a demon shouting at the men to leave her alone.  The dark, evil force was commanded to depart in Jesus’ name. When Robdu recovered, she said that for the first time in her memory, her mind was quiet and she felt peaceful.  She wants to know more about the words in the book the missionaries had.

NewLife Ethiopia exists because God has invited us to be part of His grand redemptive story – one of lives transformed by the Savior, Jesus Christ.  Here at the end of the year, we are sharing just a few of the hundreds of life stories that have changed because of God’s grace and your support in 2019.  You have a place in the life stories of so many in Ethiopia!

Your year-end gift will help change a life story in 2020!  Give the gift of HOPE here.