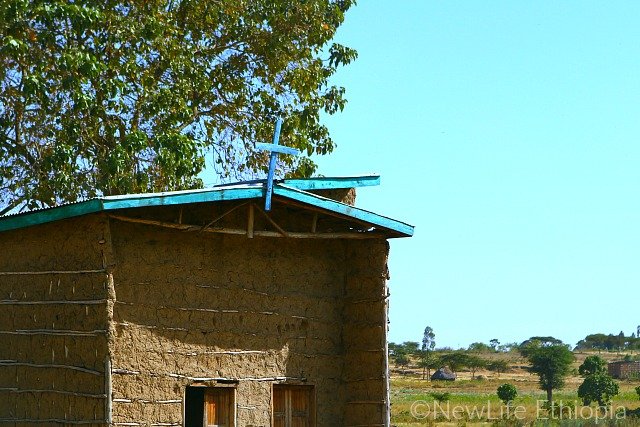 Christ-followers in a M*slim village were diligently mudding the walls of a humble structure they were building for a worship center.  A group of young, zealous M*slim men heard what was being done and decided to put a stop to this church and send a clear message to Christians that they were not wanted.  They fell on the unsuspecting Christian workers, beating them badly and temporarily halting their project.

After recovery from their attack, the Christians resumed their work.  This infuriated the M*slim youth who returned to the building site intending to inflict damage on the workers and the building.  The angry men were met by NewLife’s missionary who was able to engage them in conversation.  Many hours later, the youth dropped to their knees, confessed their sins and acknowledged Jesus as Savior God!

Anger to humility. Bondage to freedom.

NewLife Ethiopia exists because God has invited us to be part of His grand redemptive story – one of lives transformed by the Savior, Jesus Christ.  Here at the end of the year, we are sharing just a few of the hundreds of life stories that have changed because of God’s grace and your support in 2019.  You have a place in the life stories of so many in Ethiopia!

Your year-end gift will help change a life story in 2020!  Give the gift of HOPE here.