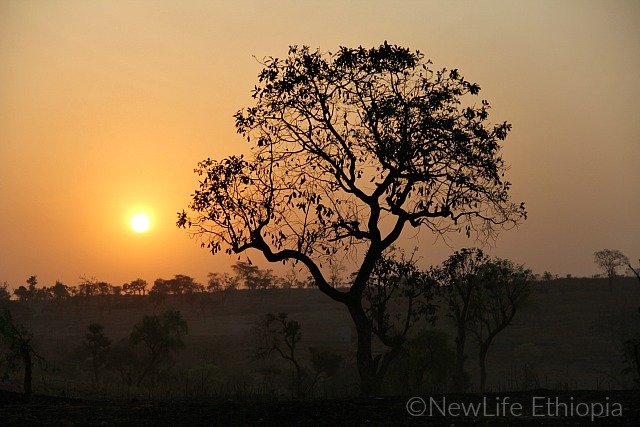 We are close to the equator so the sun rises at 6 a.m. and sets at 6 p.m.  I like the predictability of time here.  It was shortly after sunrise this morning when we headed for the hills to visit three house churches of a completely different tribe than the ones described in previous posts.  These tribal people are considered least-reached.  The percentage of believers is still very low, but there is an indigenous church that is replicating itself.  Four years ago we helped plant a thriving church among the Hadiya people and it is the house churches birthed from that church we are visiting.  Tomorrow we will celebrate the Lord’s Day with another. 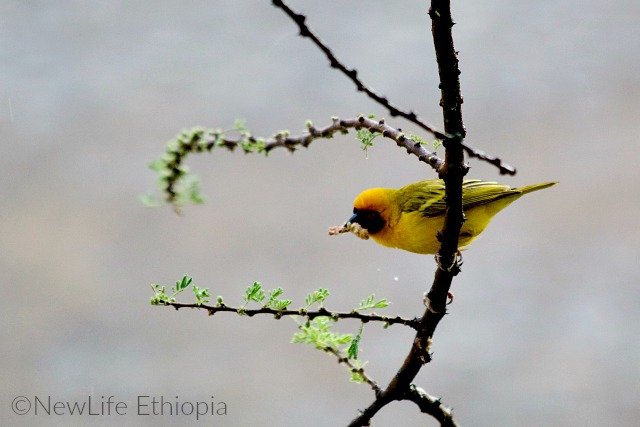 The air is warm and the birds are singing beautifully as we trek along a narrow path through fields of teff (Ethiopian wheat) to visit a fellowship started by missionary “A”.  We sat outdoors when we reached the grass hut that serves double-duty as a home and a church.  I rejoiced to hear that this past year 20 people have put their trust in the Lord Jesus!  The congregation is small, but growing.  For the 70 people (including children), the house is too small.  They were encouraged to procure property as that is a prerequisite for NewLife to provide finances for construction.  One elderly man said, “All this land is God’s.  We need to give the church the land we are using.” 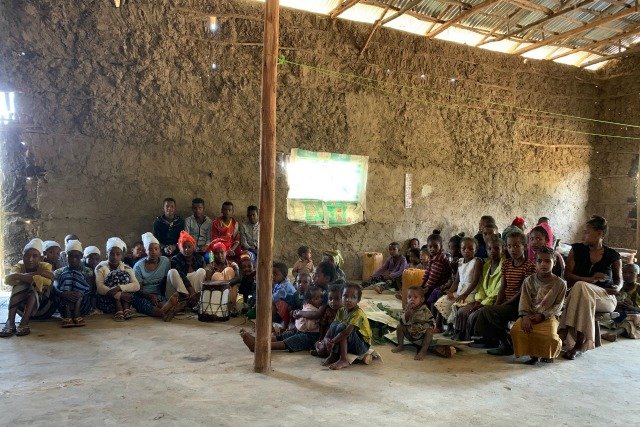 The next stop was a house church Jason and I visited last year about this time.  They have a children’s program for 32 children on Saturday morning and 88 people attend church on Sunday (this includes the children).  The church has grown substantially this past year with 40 new converts!  One convert was a woman who was one of two wives of her M*slim husband.  He liked the other wife better and treated her badly.  She was constantly in fear of her husband.  She heard missionary “D” share the gospel and for the first time hope welled up inside her.  Could someone really love her like “D” said Jesus did?  She came to church with her 4 children and gave her heart fully to Jesus.  Her home life has not improved, but now she says she has joy and hope and is filled with love for those around her.  Everyone murmured assent to the change in her life.

The church needs a building and bibles… a common theme; a great problem to solve. 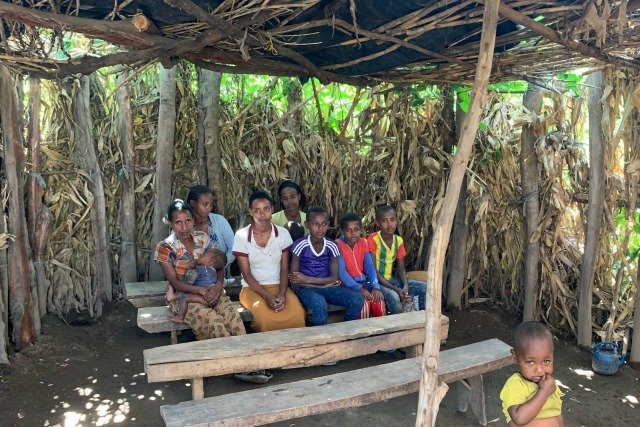 The third church did not meet in a house.  Instead, the people had toggled together a crude shelter made of sticks and dried wheat stalks. 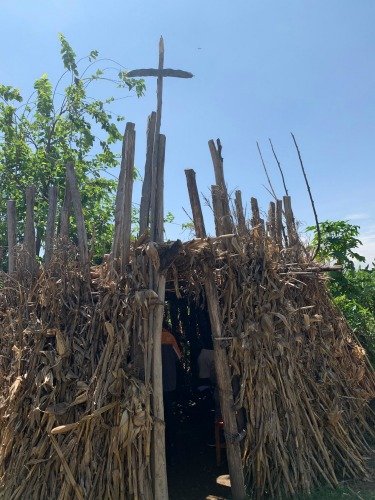 The roof was covered partially with a tarp and thin thatch.  I noted to Jason I wouldn’t want to be in that structure during a rain!  I can’t confirm, but I am pretty sure a bird made a nest on the roof… her singing was beautiful and loud. 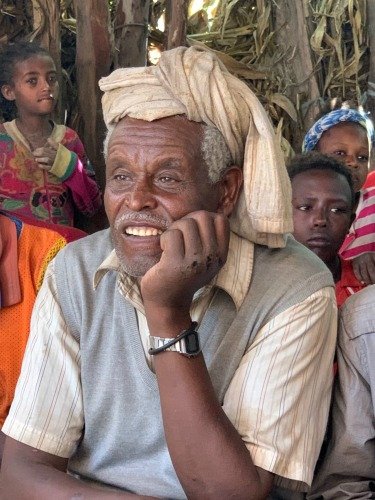 Abduraman is an older man who had a position of respect in the village and mosque.  He said he would do the ritual praying but never had peace; it was unsatisfying and lacking.  When missionary “D” told him the way of salvation, he said something felt totally right and after praying and asking for forgiveness had the peace in his heart he was searching for.  Of course he lost his position in the community with his radical decision, but that did not deter him.  He is the one who built the worship hut on his land and he chuckled when he told us he gets a lot of flack from his M*slim friends.  They call the hut “Abduraman’s joke.”  We went outside and he showed us the property he is deeding to the church saying with conviction, “My land is God’s land”.  It is a large rectangular piece of land that will do perfectly for a church building.  He said all 27 living children (he had 30 children from 4 wives) will sign off on the property.  All of his children have come to the Lord.

This church had some colorful characters in it – they were a lot of fun.  Burka also came to the Lord through missionary “D”.  He has 3 wives and 24 children.  He also was a mosque leader and is considered crazy for exchanging a beautiful mosque for this hut made of corn stalks.  Nevertheless, he has shared the gospel with his children and they have all come to Christ.  Both of these men are considered “big people” in the area and their influence, despite their conversion, carries a lot of weight and many are coming to Christ because of them.

A church leader, Abdissa, gave his testimony.  He was a bad alcoholic, but after two of our missionaries shared Jesus with him, he stopped drinking and improved his life in many ways.  “Now my focus is on my church and church family.  I am witnessing to my M*slim family.”

We loved sitting in that crude shelter with our brothers and sisters listening to their stories.  We are different in most every way, but have Jesus as the common denominator that brings two unlikely cultures together.  I can hardly wait for the day when we stand before the Lamb and every tribe, nation and tongue will sing His praises!  As the meeting broke into song with the thrum of a drum, we thanked God, not for the first time, that we can be witnesses to what He is doing in Ethiopia.