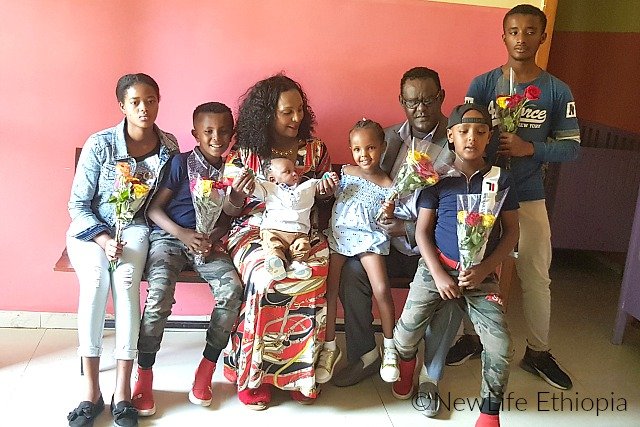 I have had the wonderful privilege of being involved in adoptions as an adoptive parent, the director of an adoption agency and now, as a facilitator of local adoptions in Ethiopia.  It never loses its magic and sense of supernatural.  That is because adoption is not ordinary.  In the perfect world God created, parents would cherish and nurture their offspring.  Alas, we live in a world marred by sin that results in children unwanted by their mothers or fathers, who are sometimes killed before they can even experience life outside the womb, who are uncared for and, in Ethiopia, children left abandoned by their mothers who cannot meet their needs for various reasons. 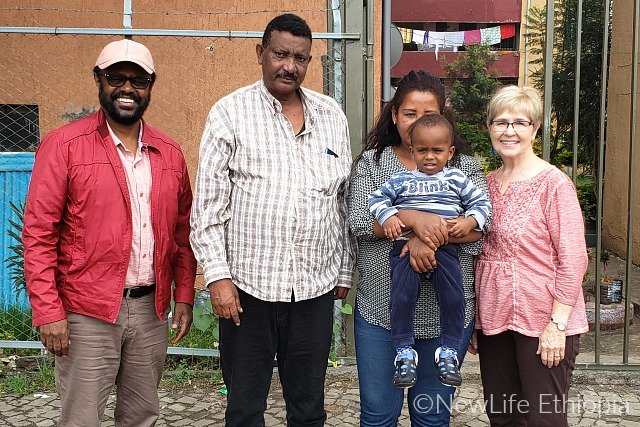 It is these abandoned children where I see God’s redemption through adoption most clearly.  Biniam was one such little boy.  I was warmly greeted by Tseheyie as he proudly led me through a maze of condominiums until we stepped over the threshold of his home.  His wife Tigist had made a comfortable, cozy home for her family and hospitality reigned supreme.  The smell of roasted coffee permeated the home and I knew I was in for a treat.  They adopted Biniam a month-and-a-half earlier and it was obvious he had bonded with his parents and aunt and teenage cousin who were there. 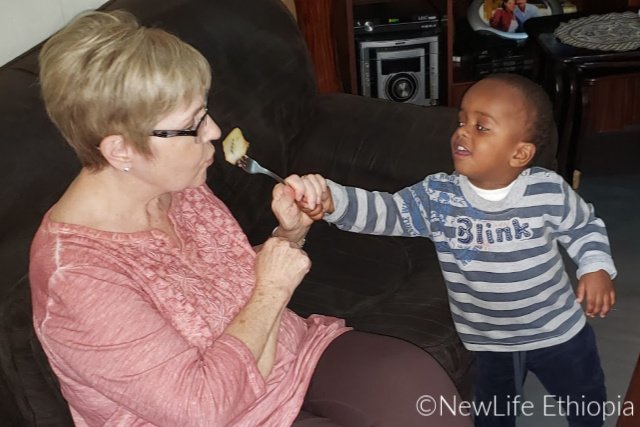 He was shy with me at first and just wanted Mommy, but slowly warmed up as we shared a wonderful meal together, he feeding me Ethiopian style.  Tseheyie and Tigist have two other children, both studying in the U.S.  But God stirred their hearts for unwanted children and knew they could be the answer to one little boy’s future. 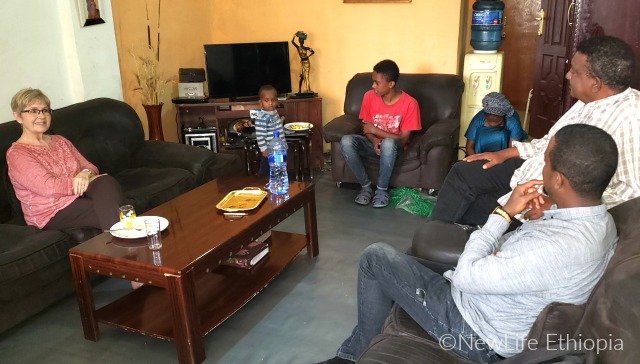 They changed his named to Dagmowit (nicknamed Dagum) which means ‘second chances’.  Tseheyie explained there were so many levels of second chances… God provided Jesus for us, Dagmowit set them on a course as parents again, and they would provide a world of opportunities and introduction to faith to this once-abandoned little boy.  Tigist beamed as she said, “Dagmowit changed the whole atmosphere of our home.”  Indeed. 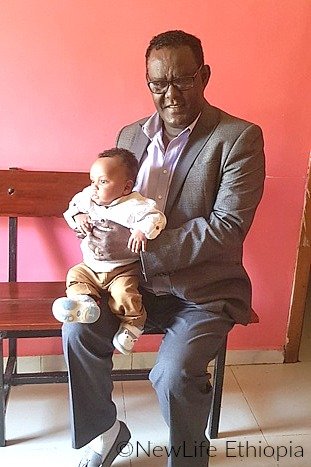 Pastor Fantahun is the second pastor in Shashemene to adopt… but three other pastors are in process!  We are so pleased that the leaders of churches are laying the foundation for normalizing adoption among Ethiopian Christians.  I have known Pastor Fantahun for 6-7 years but had never met his wife. 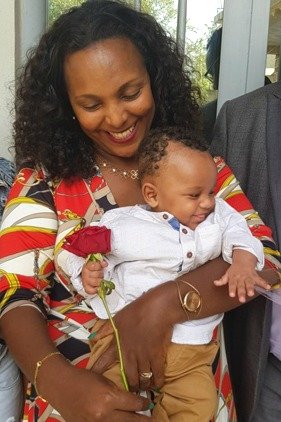 I was warmly greeted by Frehiwot holding Muse.  Frehiwot said she told Ephrem (our orphanage director) that she really wanted a little girl.  Ephrem’s wise reply was, “Come and see.”  She was a little overwhelmed when she stepped in our Joyful Place orphanage.  But as she walked around, one baby raised his head and gave her a beautiful smile.  When she talked to him, he was so responsive she fell instantly in love.  So much for her plans!  God sovereignly placed little Muse with this wonderful family and they couldn’t be happier.  Fantahun kept saying, “Thank you, thank you!” and I kept saying to him, “No, thank you!”  Names carry a lot of meaning in Ethiopia, and Muse’s name was changed to Yabfikir which means ‘God’s love’. 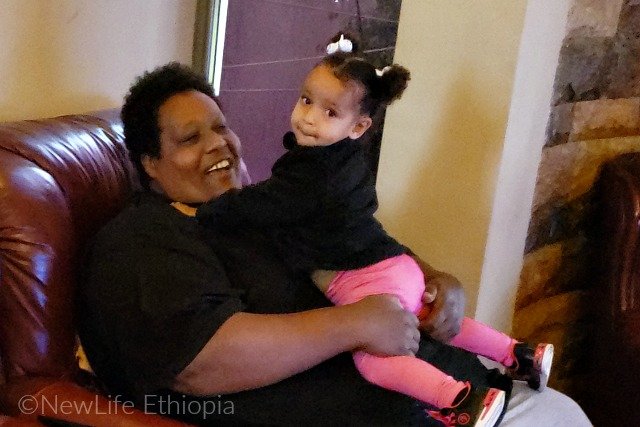 Mesfin Guto is a well-known Christian singer in Ethiopia.  He will influence the Christian community in similar ways that Steven Curtis Chapman has in the U.S. with his adoptions.   Mesfin and his beautiful wife Mahilet have been married twelve years but could not have children.  Mahilet fell instantly in love with 2-year-old Tigist and the love affair has not waned for a moment.  In the orphanage Tigist rarely smiled or laughed.  She was reserved and sober.  But seeing her with her very affectionate Mom and Dad, I saw a different little girl. 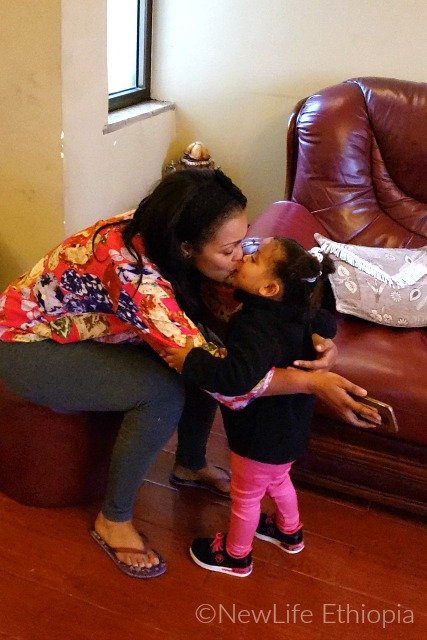 Mahilet is exuberant in her big hugs and constant kisses for her new daughter who they named Zmare, which means ‘song’.  Zmare toddled around happy and laughing obviously reveling in the attention and security found with her adopted family. 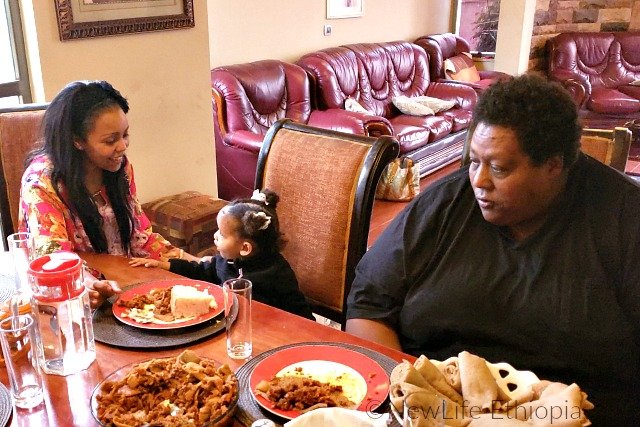 I sat in their beautiful home thinking, “This is as it should be…”  Mesfin and Mahilet gave Zmare the gift of a family and Zmare completed them.  As I was saying my good-byes and thanking Mahilet for the wonderful meal she prepared, she said, “We’ll be back in a year.  We would like a little boy next.  In fact, we want four children … two boys and two girls!”  I took that as a ringing endorsement for building family through adoption.  Mesfin said he was thinking about writing a song about adoption… that it was through music that he could express his feelings and love the best.  I hope he does!