Inspired, humbled, sad, inadequate – describe the varied emotions of today.  The description of the people I met and the sights and sounds may sound oblique and ambiguous.  The reason for this is the area I visited and the missionaries and other believers I interacted with live in a very dangerous area for Christ-followers.  Any direct mention of the town or people could pose a direct, disastrous threat.  I am not an alarmist, but what I heard today makes me extremely cautious.

I’ll start with a safe subject.  Relatively safe, that is.  It is the recurring theme of my posts… The Roads.  Where we went today was deep, deep in the countryside where the roads are wide enough in most places, but they are deeply rutted with cavernous holes and rock filled… boulder-filled is more accurate.  Motorized vehicles other than motorcycles are rarely seen. 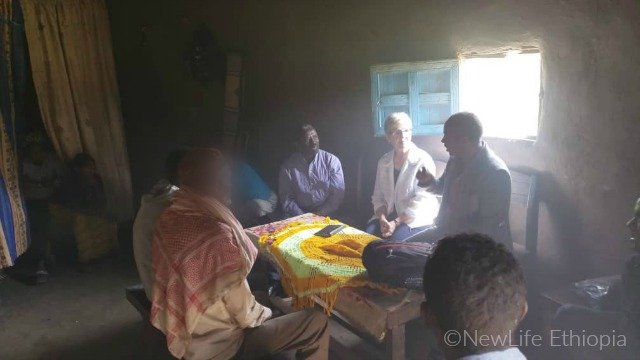 Another rarity is white skin.  I am certain I am the first white person to enter the village where I and my colleagues were welcomed and ushered in to a large, round, thatched roof hut.  Our host was a dignified M*slim man with kind eyes.  It was obvious he was a man respected by his community.  Two of NLE’s missionaries were also there — visiting them was the main reason for my visit.  It always takes me awhile to figure out who is who and who is related to who, but came to understand that the M*slim man’s wife and children were believers and he was a friend of Christians though he had not yet accepted Jesus Messiah.  Because of the volatility of the area, this good man has stood between radicals and the small number of Christ-followers.

But his influence doesn’t always avert disaster.  This village, tucked back out of the way of mainstream eyes, is a center for Al-Q*eda. The M*slim man’s oldest son, a Christ-follower, set aside his property to build a small church.  One year ago, the radical element in the village burned the church down and threatened the known Christians.  The federal police were called and the Al-Q*eda radicals went into hiding.  The Christians salvaged the poles that weren’t burned and they are stacked by the hut hoping to be resurrected into another church structure someday.

Much was shared with us today and despite the isolation and intense pressure from M*slims all around them, they are optimistic and faith-filled that God has a plan for their village.  I was in awe of the two missionaries working and living here… in awe of their faith, their bravery, their determination.  Both are humble men, covering each day in prayer confident that God has called them to this ministry and He will protect and provide.

We then drove to a more urban area and met in a large house surrounded by fields of maize.  It is the rainy season now and everything is green and growing.  About half of the 36 believers of this house church filed in to meet us and share their hearts.

Three men told us their stories of how they came to Christ and how ‘M’, our missionary, has helped them grow in their faith.   They have Sunday service in the house and ‘M’ has several small groups studying the Bible throughout the week.

Last February this all-M*slim tribe rose up and burned churches and attacked Christians.  This house church is in the outskirts of the main town where tensions remain high. Toward the end of our time I asked how I could effectively pray for them.  They asked for open doors to share Jesus and the bravery to do so.  They said, “Pray that we can open our mouths!” They also asked that we Americans join them in praying for a breakthrough against the dark stronghold over this tribe and area.  They expressed their desire to not only maintain their faith but to bring light into the darkness.  My time with these persecuted brothers and sisters reinforced the absolute necessity for concentrated prayer.  “Not by might, not by power, but by My Spirit, says the Lord.” 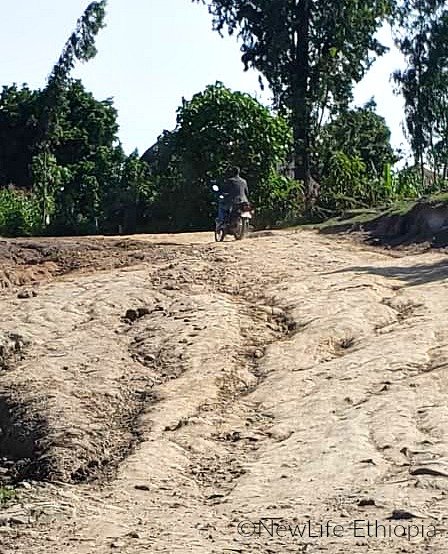 From there we drove to missionary ‘M’s’ house where I was warmly greeted by his wife.  I had a gift for him and his wife from his sponsor.  They have three precious children.  The car couldn’t actually drive to his house so we had to walk the rest of the way, and I noticed how his neighbors greeted him.  I could understand the open regard they seemed to express.  ‘M’ is a warm, caring individual, a man you instinctively trust and feel safe with.