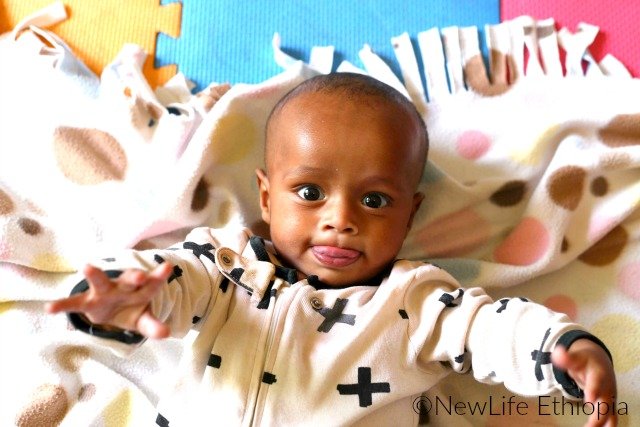 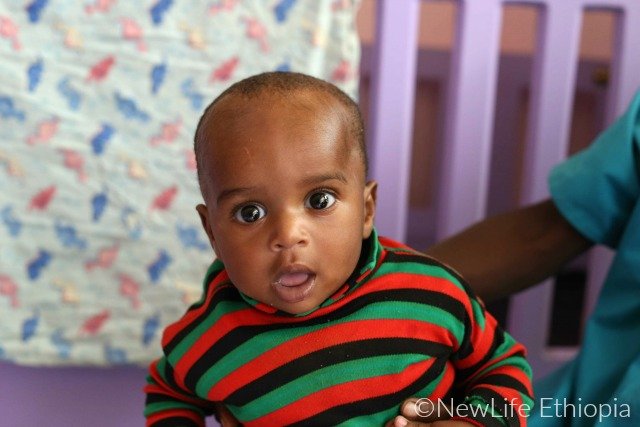 Today was spent at our Mana Gammachuu (Joyful Place) orphanage in the town of Shashemene.  Being with the babies and toddlers always rejuvenates me.  Three babies recently were adopted and Michu, our little girl with cerebral palsy, has been permanently moved to another orphanage that specializes in special needs where she can receive the best care as she grows.  I missed seeing her big smiles. 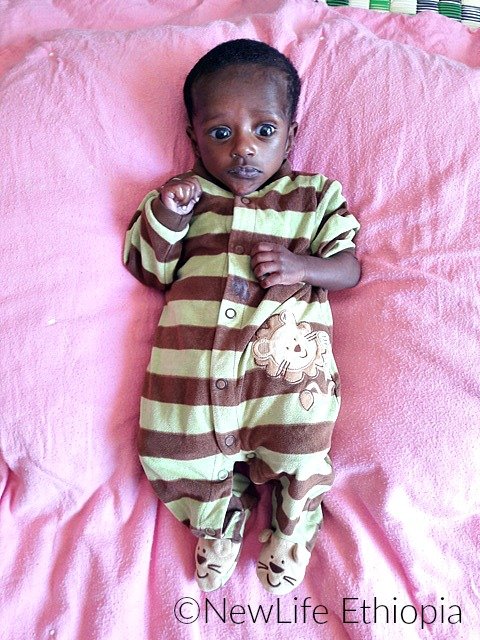 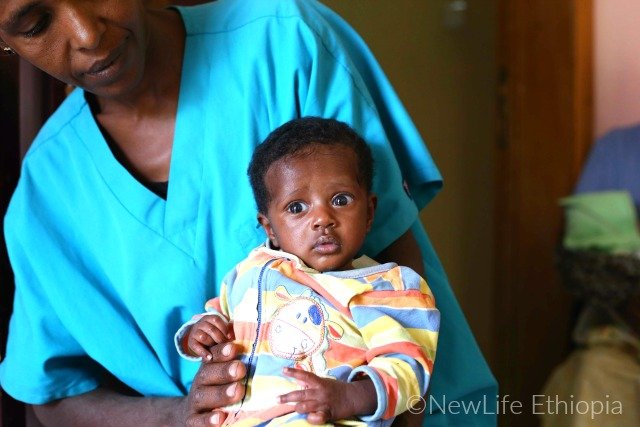 All the babies were healthy and looked good, except for one little one who was just released from the hospital.  Chala came to us extremely malnourished.   He was doing well on preemie formula brought from the U.S., but the orphanage ran out of that.  He did okay on U.S. formula until that, too, was gone.  When they had to switch to formula purchased in Ethiopia, he went downhill rapidly.  He was placed in the government hospital where he can be fed super rich formula provided by the World Health Organization until he stabilized. 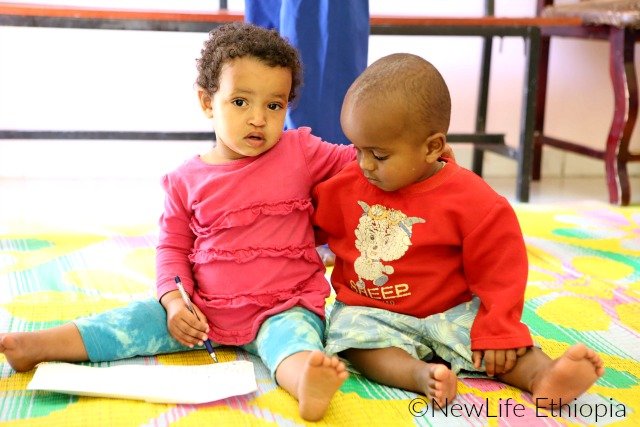 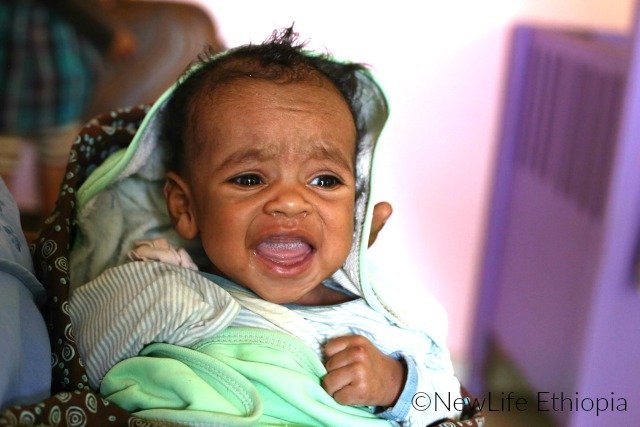 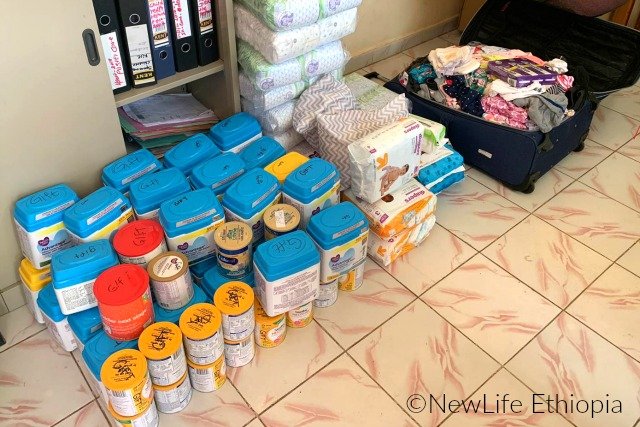 Our cupboards right now are full of U.S. formula, so I think he will be fine.  He is 4-months old and weighs 8 pounds.  It is very hard to keep enough preemie formula on hand.  It is very expensive and can only be purchased in the U.S. and brought over. 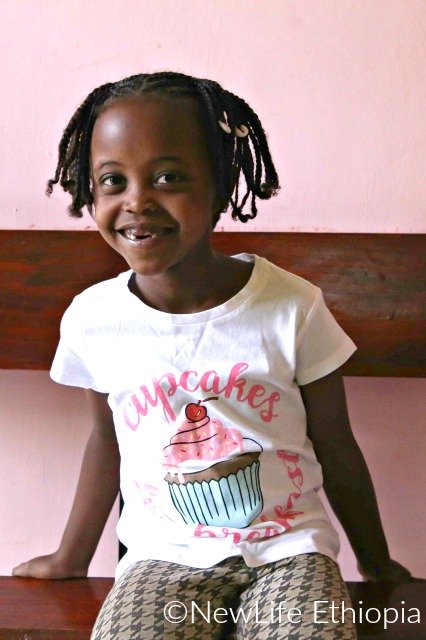 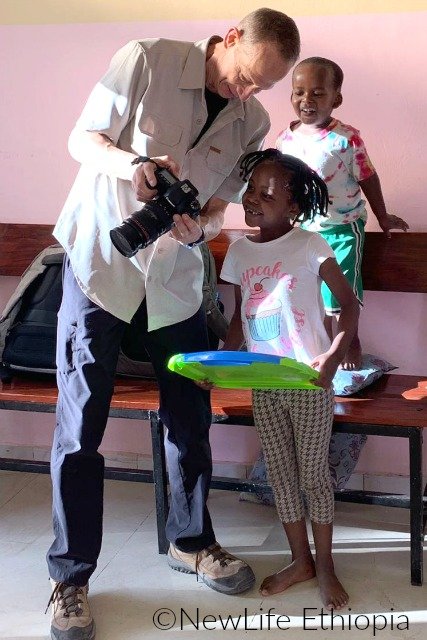 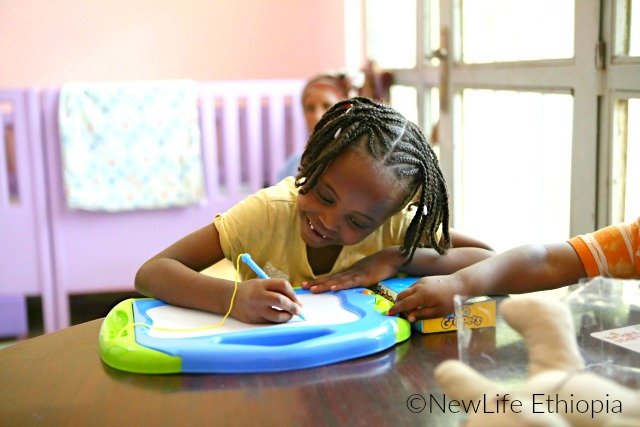 Mignote (Min-yo’-tay) is a 7-year-old kindergarten girl who came bouncing home after her school day.  She is a doll and was delighted with the new shirts and special toys our group brought just for her.  All of her clothes are too small and she needs everything from a new bed to shoes to shirts. 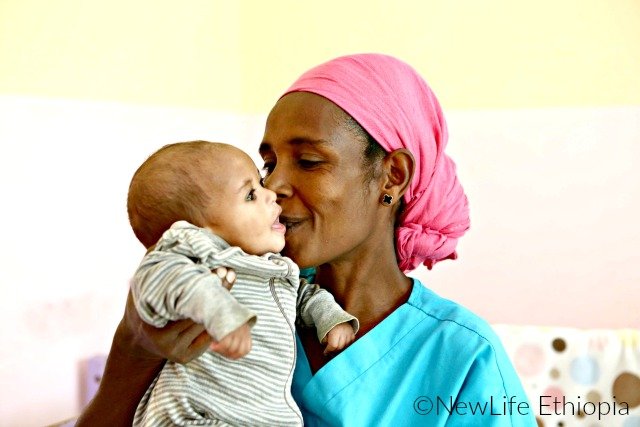 It was a delightful time at the orphanage.  We are so proud of the staff who care so well for the children!