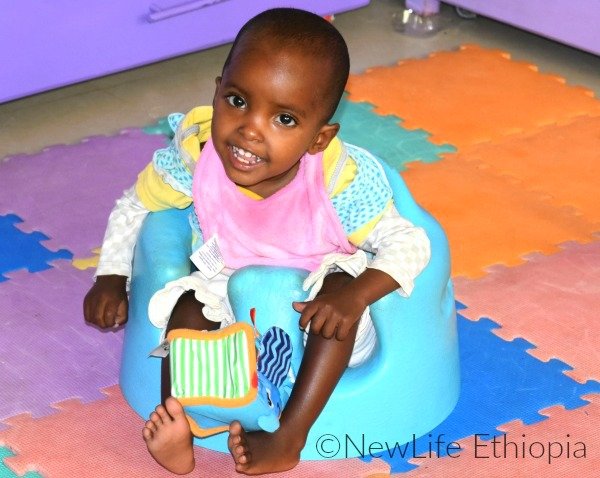 Michu stole my heart.  I walked into the nursery on my last trip to Shashemene and saw a little girl who physically looked like a baby except that her engaging smile showed a full set of teeth and her cognitive demeanor was definitely not that of a baby. 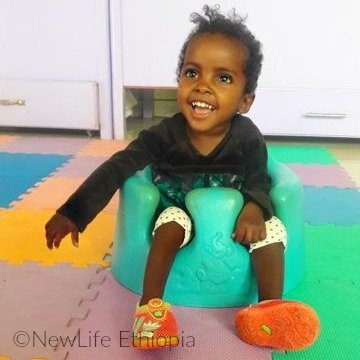 Several weeks before I arrived at the Joyful Place orphanage a lady named Urgo heard a little one crying not far from the gate of our orphanage.  She comforted the child and called the police.  The police asked Urgo to keep the child for a couple of weeks while they searched for parents or someone who knew anything about her.  Nineteen days later, after unsuccessfully finding any information about her, the authorities placed the abandoned child in our orphanage.  Urgo named the little girl Michu which means “better” or “well”.  What a faith-filled name! It was evident that this little one had some difficulties that affected her arms and legs, most pronounced on the right side.  She could not sit, she could not stand, walk or crawl.  Her dental development showed her to be about 2-years-old.  She weighed 17.5 pounds. 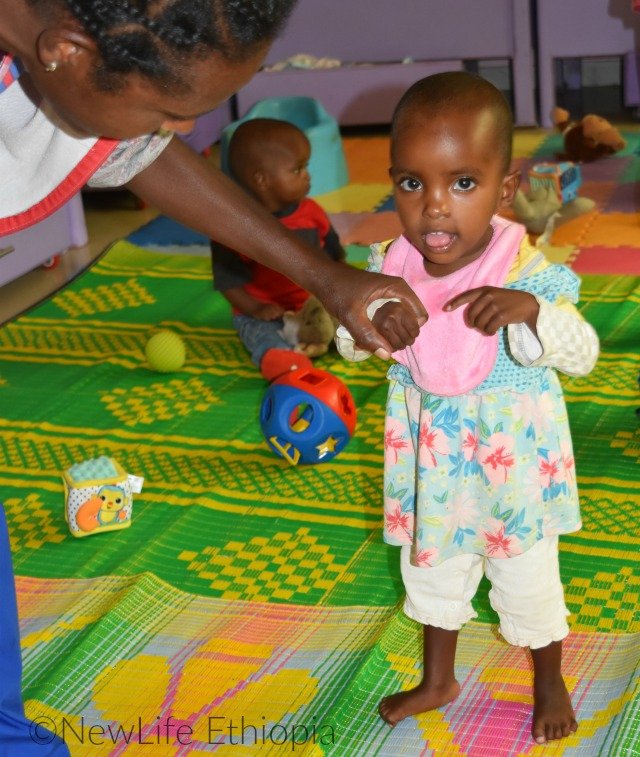 Over the weeks, the nannies worked with little Michu to be able to sit.  With attention and nutritious food, her smile became more frequent and she loved it when the nannies would hold her hands and help her walk across the room, her eyes sparkling, her face beaming.  She began to repeat words and call the nannies by name. 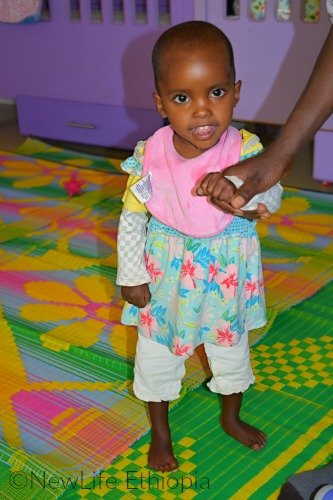 I was traveling with an adoptive mom, Shannon, who is a physical therapist.  She evaluated Michu and said her symptoms pointed to cerebral palsy.  Shannon showed the nannies how to support her hips for standing and how to massage her arm and leg muscles to encourage range of motion and reduce rigidity. 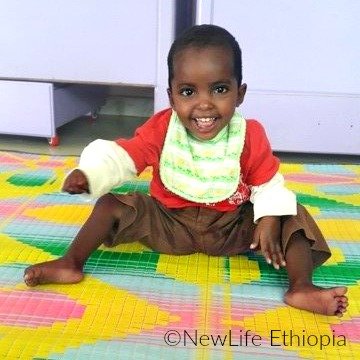 We are having Michu evaluated at the Soddo Christian Hospital about two hours south of Joyful Place orphanage.  We know that it is highly unlikely an Ethiopian family will adopt Michu so our next step is to seek the best treatment available for her and plan for her future.  She is supremely loved at the orphanage by all the staff.  Her smile and eagerness to move, even with her limitations, wins the hearts of one and all.

Would you like to sponsor Michu while we work to find the best situation for her future?  Contact us today:  info@newlifeethiopia.org