A Response to the Closure of International Adoption

For months rumors about adoption closure in Ethiopia abounded.  Adoptive parents, placing agencies and orphanages tried to sort the misinformation and mixed signals from the facts, but it became increasingly difficult.  Finally, the Ethiopian Parliament put an end to the waiting and guessing by passing a law prohibiting inter-country adoption.

I followed the committee meetings held in Ethiopia prior to the vote.  The federal Minister of Women’s Affairs (MoWA), who spearheaded the anti-adoption campaign, gave these reasons for stopping adoption: 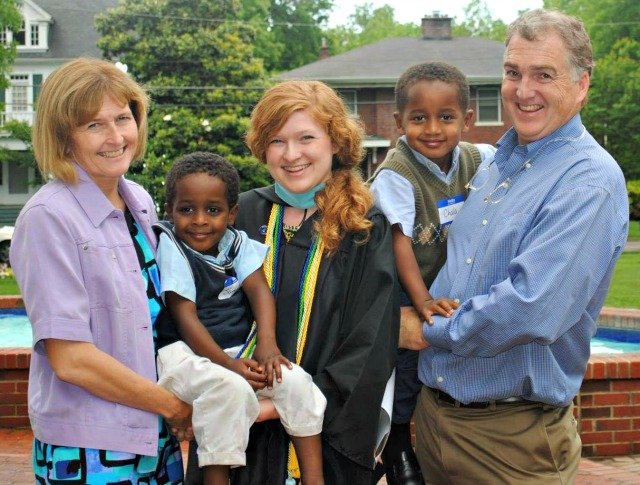 Most of the news articles have not focused attention on the allegation that Ethiopian children do not acclimate well to their adoptive homes.  Anyone who does any research will find that the vast majority of adopted children from other countries integrate into their adoptive homes with a high rate of success.

Some news articles purported that adopted children were mistreated citing the horrible incident resulting in the death of an adopted Ethiopian child in 2011.  Mistreatment and abuse among adopted children is rare, probably because adoption is a purposeful decision with parents who are extensively vetted.  On the other hand, a recent statistic shows that 1,585 American born children died due to abuse and negligence.  77.7% of these incidences were at the hands of their biological parents!  The rest by a caregiver or other kin*.  Biology doesn’t seem to be a factor to safe parenting. 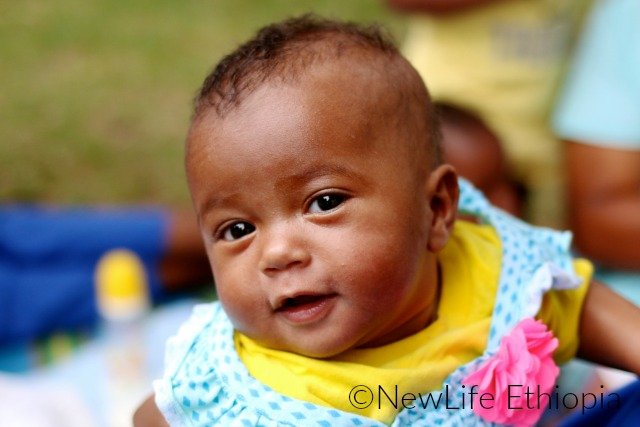 Are children without parents safer in Ethiopia as opposed to being adopted into another culture?  Our Mana Gammachuu orphanage is a care center for abandoned babies.  We don’t have enough beds for all the children found in our town – besides streams, at bus stations, next to schools, in the woods. Is there anything more abusive than leaving a newborn child in the elements to die?

The majority of children brought to us are SAM babies — Severe Acute Malnutrition.  Malnutrition is the major cause of illness and death among children under age five in Ethiopia. The rate of malnutrition among under-five children in the country is among the highest in the world. Moreover, malnutrition is the underlying cause for three-fifths of child death in Ethiopia.**  Not a particularly safe place to be should you be poor or without parents at all.  We have seen with our own eyes babies die as a result of SAM or prolonged exposure to the elements before being found. 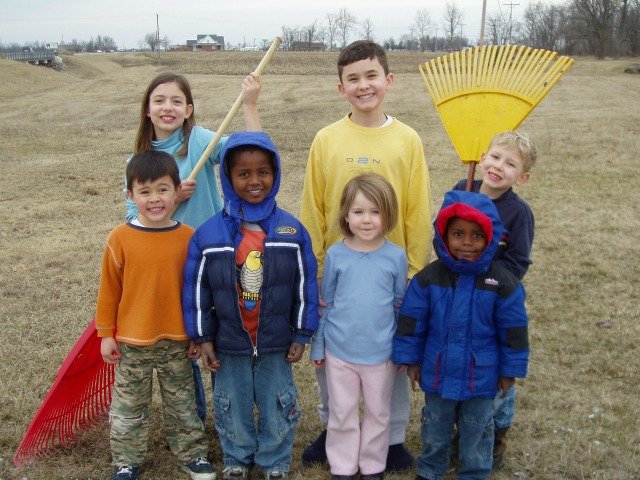 One Parliament official said, “The ban will help alleviate the identity and psychological problems of children.”  Is risking a child’s well-being worth cultural identity?  Does institutional care or a life on the streets produce good self-image and strong character?  Broad-based research worldwide has clearly shown the damaging effects of institutional living; the research is easy to access.

Statistics of children living on the streets of Ethiopia’s cities are staggering.  Nobody really knows the number – anywhere from 150,000 to 600,000 is cited.  I work closely with an organization providing services to this population of children in Addis Ababa, and it is an overwhelming problem.  Children are groomed for criminal activities, addictions are rampant, and child trafficking is barely hidden.  Education of any sort is rare.  Undernutrition is the norm. 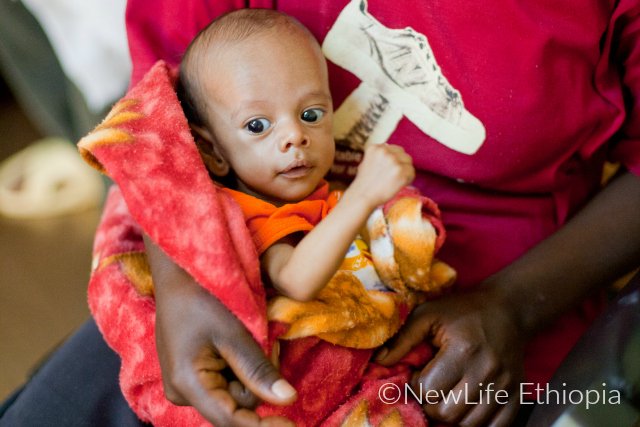 It is true that Ethiopia’s economy is growing.  However, the trickle-down effect has not been felt among the majority of people, especially not the poor.  The birr has been devalued and inflation is rampant.  The number of abandoned children is increasing as is homelessness.  At the time of closure to foreign adoption, there is no plan in place at all to take care of the masses of children who do not have a parent to nurture them.  One news article stated, “They [children] should either be adopted locally or supported by a guardian family or help them reunite with biological relatives.”

Local Adoption —  NewLife Ethiopia is a crusader of local adoption.  However, there is an obstacle to this very good solution that will take some time to turn around.  In general, Ethiopians don’t look favorably on adoption and consider adoptees as second class citizens.  In order to raise awareness of how God values adoption, Mana Gammachuu regularly hosts adoption seminars.  We have been successful in placing 17 abandoned children from our orphanage with strong Ethiopian families.  We rejoice over every one of those adoptions.  But much, much more needs to be done to heighten awareness and invigorate communities to care for the orphans in their country.

Foster Care —  Families who take in orphans to care for them generally treat the child like a servant.  They clean, wash, guard a store or herd cattle.  Few go to school and the child has no place of honor in the home.  Some years back UNICEF boasted they created 50 foster families in Addis.  The follow-up on those homes is dismal.  As long as UNICEF paid the family, they kept the child.  There was little-to-no follow-up once the child was in the home. When payment stopped (which it eventually did), the child was on the street.    Some private agencies have set up successful foster homes on a small scale providing excellent monitoring and parenting education.  But foster care run by the government in Ethiopia, on the magnitude it would require, would be a disaster for children.

Reunification with biological relatives —  This is being done in cases where there is a known biological family member who is capable of caring for the child.  In most cases, the child would not be in an orphanage or living on the street if things were good at home.  I am affiliated with an orphanage in Nazaret that has cut its numbers in half by forcing children back into their biological families.  Not all of those situations are healthy for the children, but the orphanage can no longer financially care for them.  The remaining children have no one to reunite them with.  In the case of our orphanage, all babies brought to us are found abandoned with no hope of finding a parent.

I am baffled as to how a growing economy helps orphaned children.  China, the hugest economy in the world right now, places almost three times as many children than Korea, Ukraine, Ethiopia and India combined.  In 2016 only 182 children from Ethiopia were placed with American families.

Adoptive parents are to provide a report to the Ethiopian government once a year until the child is 18.  The few times inquiries have been made as to who reads these reports and what is done with them have hit dead-ends.  The computer system in the office of the federal Ministry of Women’s Affairs whose job it is to monitor this aspect of adoption, is antiquated.  The filing system I was privileged to see was a very large room with reports bundled together with string and stacked every which way.  I have a strong suspicion that there is no systematic tracking of the hundreds of reports that are sent every year from around the globe.  That said, I have no doubt that not all adoptive parents fulfil this obligation.  But is this a reason to stop adoptions?  Could this not be rectified administratively?  Now, with adoption closure, adoptive families have no motivation to keep those reports coming.

The adoption communities of the United States and other European nations have repeatedly paid for MoWA officials to visit adopted Ethiopian children in their countries.  MoWA has visited a broad spectrum of adopted children, have interviewed older adopted children and have visited in their homes.  I have never heard of an accusation of neglect from these officials.  On the contrary, the families that I know who have had interactions with them have found the connection highly satisfactory.  What do they do with all the information gleaned on these trips? 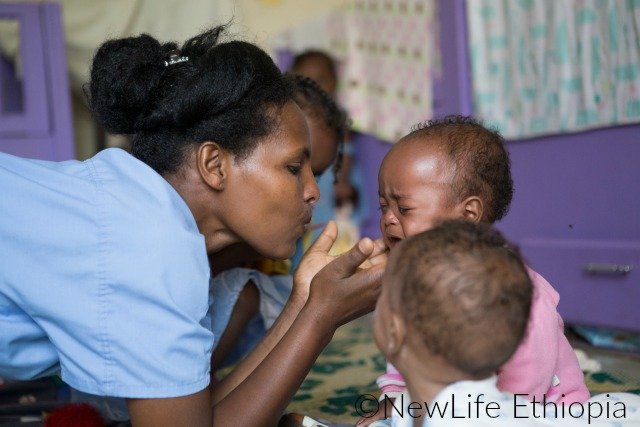 The problems facing parentless children are daunting whether international adoption is viable or it is not.  We have no idea what the future would have held for the 72 children who were abandoned and are now in families in the U.S. through our orphanages.  With so few adopted in recent years, international adoption was a solution for only a very small number of children – but it absolutely transformed the lives of those who are now in families.  NewLife Ethiopia remains dedicated to seeking healthy solutions to guarantee bright futures for the children God assigns to our care.