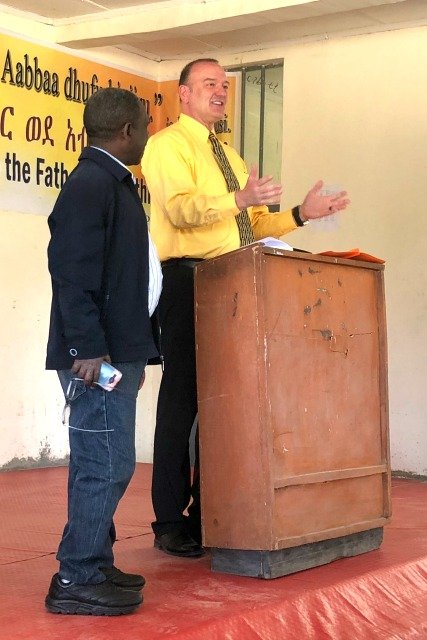 Sunday had been a big day for the 14 people from Lighthouse Church doing ministry in a  Muslim village.  Pastor Paul preached Sunday morning about God’s love for families.  After church the team hosted VBS for about 150 children all afternoon.  Team members fell into bed happily exhausted. 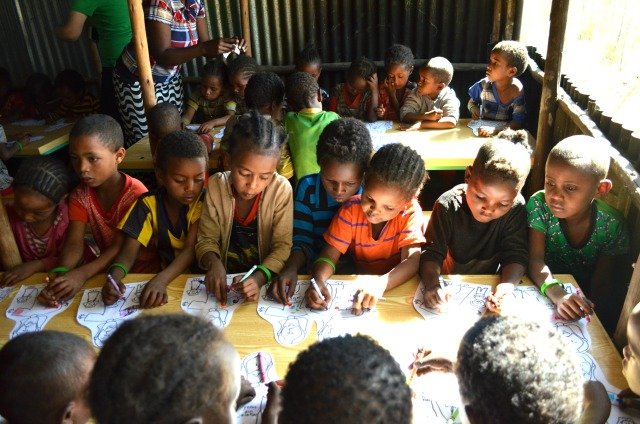 On Monday, part of the team worked with the kindergarten children and teachers and others were involved with the all-day teaching of Christian leaders.  Pastor Zerihun* and an evangelist-missionary were sitting under the big tree on the church compound talking to a man and a woman.  Michael from the mission team was with them.  Jim, who was to lead a teaching module in a few minutes, walked over and quickly became engrossed in the conversation.  Dean, also part of the team, joined the group, fascinated to listen.

The husband and wife had attended church the day before for the first time. Pastor Paul’s sermon impacted them to such a degree they had to come back and talk further about this Christian faith.  The wife said she had been to the compound before and felt peace whenever she came.  Normally, she was consumed with anxiousness about just about everything.  The peacefulness she had while on the Christian compound was a marked contrast to her usual state of mind.  When she heard the message that God is love and God loves family … this was new!  Allah was not like that.  She wanted the peace she knew came from a God who loved her.  Her husband shared similar sentiments adding he was highly addicted to chewing khat***, but since attending church the day before his craving was gone.  The evangelist and Pastor Zerihun prayed with the couple to receive Christ.  They left after the evangelist-missionary made arrangements for them to meet together to begin a discipleship program. 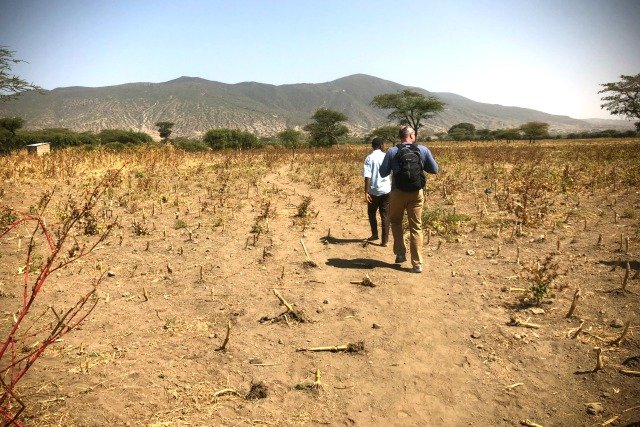 Jim remembered that he brought some solar flashlights and wanted to give one to the couple.  The evangelist said he would take them to the couple’s house which the Americans assumed was a few hundred yards away.  They ended up walking several miles across the savannah in the hot sun.  Nearing the new converts’ house a man on a horse began following them***.  When the new convert saw them coming, he yelled for all his neighbors to come to his house right away.  He brought out benches for them to sit on so they, too, could hear the Good News. 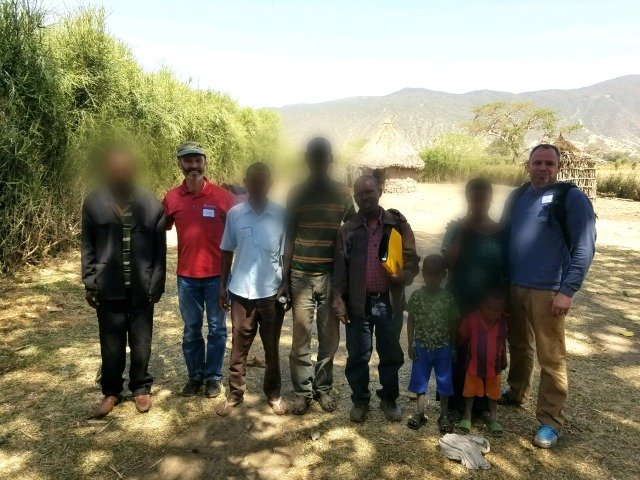 Jim had just wanted to give the couple a solar-powered light, but God had bigger plans.  The man on the horse and other neighbors listened intently to Pastor Zerihun and the evangelist.  The husband also eagerly shared with his neighbors his story about coming to Jesus just a few hours earlier.  He was bold and unashamed and confided he will tell everyone he can about the love of Jesus.  The man on the horse was deeply moved and said he was going home to tell his wife what he heard.  The evangelist lives in the village, is well known and liked.  He will be an accessible resource to help these people take the next steps or answer questions.

Meanwhile back at the teaching conference, Pastor Paul was waiting for Jim to teach – but no Jim.  No Pastor Zerihun to interpret, either.  Where did they go?  Pastor Paul recruited another interpreter and took over the subject matter, all the while wondering what happened to his team-teaching approach.  When he heard the incredible story, he was overjoyed.  God’s plans always trump our plans.   The divine appointment, orchestrated by God, will bear much fruit.

*Zerihun is the leader of all evangelistic outreach
**(pronounced ‘chat)’ is a common narcotic contained in a leaf that people chew to get high
***In this village, a horse for transportation is a luxury and denotes a person of stature