23 men and 2 women were buried in baptism today!  25 unique stories of how God drew them to Himself out of the M*slim culture. 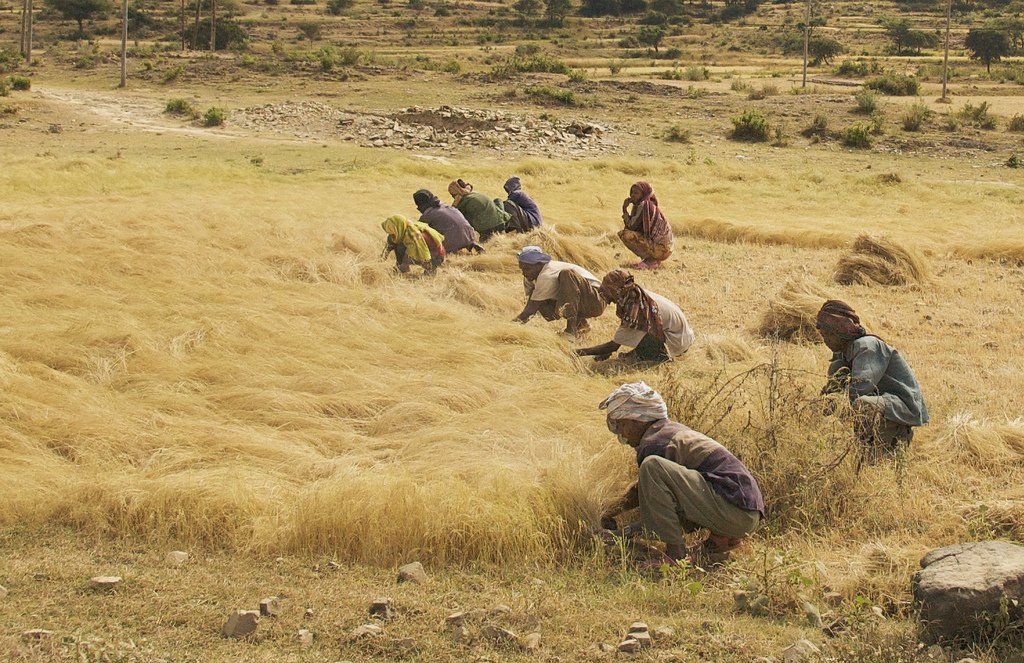 Jesus compared unreached people to ripe harvest fields.  As Jason and I drive through the countryside and see fields and fields of teff (Ethiopian wheat) being harvested, the physical acutely reminds me of the thousands of people in the area who need someone to tell them about the Savior.

One of our newer outreach areas is like those fields of wheat with many thousands of people unreached with Christ’s gospel.  NewLIfe Ethiopia has sent seven men to seven towns in an area where the gospel has never penetrated.  They have been serving only months and already God has given them a harvest, even though the soil is hard and the climate stormy. 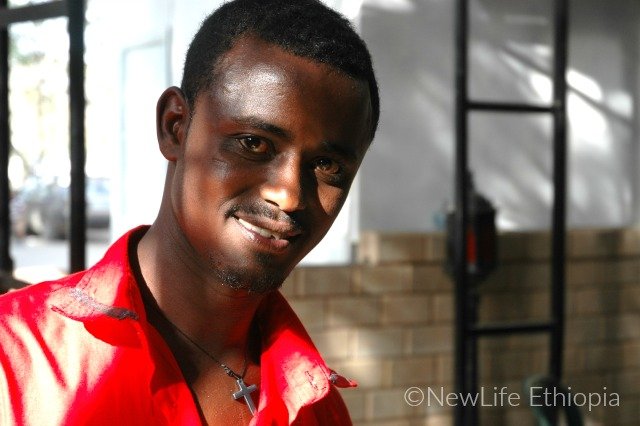 Muse* is one of these evangelists.  He has been serving since March in a radical M*slim area and has made an impact on his village — an impact that caused mosque leaders to severely beat him.  Two of his teeth were knocked out and he limped home with cuts and bruises all over.  He was encouraged by friends to leave and rest in a safer place, but Muse refused to abandon God’s call or the converts he was closely discipling.

A few days ago he was called to the mosque.  Since a good beating didn’t knock sense into him, they tried a different tactic.  They asked him if he needed money.  Perhaps a large herd of cattle?  No wife?  No problem! He could have his pick of any beautiful girl.  They assured Muse all of this would be his if he would stop telling people about Jesus and come back to Allah.  One of those talking with him smoked cigarettes.  Muse asked, “Why do you smoke?”  The man replied that his soul became satisfied with nicotine.  Muse replied, “Well, my soul is satisfied with Jesus Christ.  In fact, He is the only true satisfaction.  Money, cattle or wives cannot give me the peace, joy and hope that knowing Jesus can.” 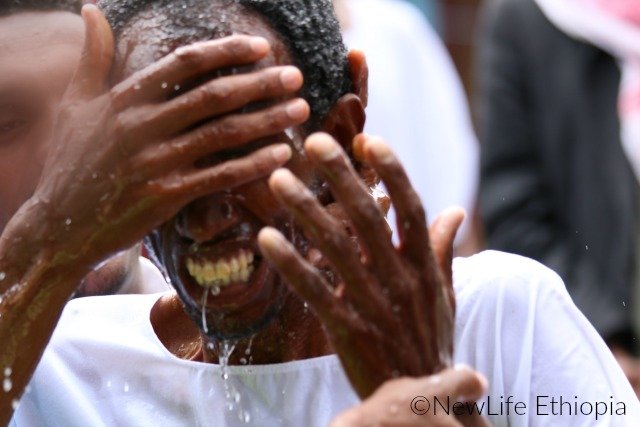 The seven missionaries gathered with their converts at one of the training centers to lend support and encouragement during the five days of teaching, worship and prayer that preceded the exuberant baptism Jason and I were honored to witness today.  The close relationship they have with their converts will build the community of believers in their town.  Fellowship with one another is essential.

The new Christ-followers know they will face rejection from family and even physical abuse when they return home.  Baptism is a line in the sand that publically announces their break with Islam and devotion to Jesus.  One young convert, a 20-year-old man, won’t go home just yet.  His father is a mosque leader and said a bullet would await him should he be baptized.  I saw with my own eyes his baptism today.  It was a purposeful decision on his part, but I could also see apprehension facing his future.  It will critically important for him to be surrounded by a strong community of believers. 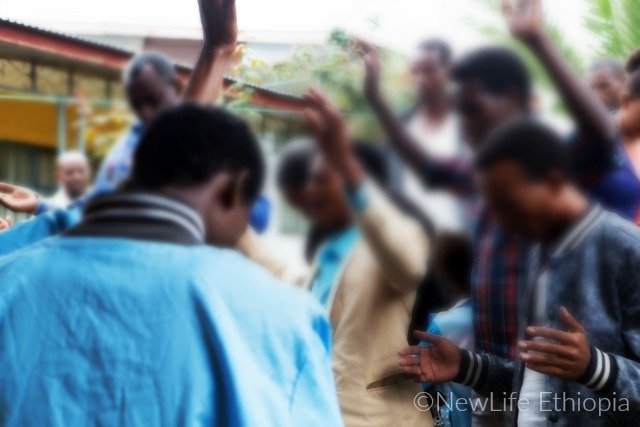 Each evangelist had a story to tell outlining challenges that to me would be overwhelming. But threats of physical violence and alienation from family and community just causes them to go deeper with Jesus and become more committed to the people God gave to teach and encourage in their faith.  They exhorted me to widen my vision!  Their hearts are on fire to reach all their tribe with Good News and they invited YOU to be a part of what God is doing in this harvest field.  Here’s how!

*Not his real name or photo