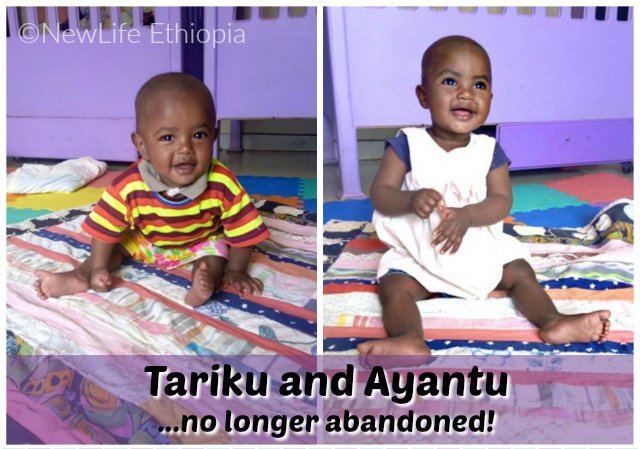 When they were just newborns, twins Ayantu and Tariku were found abandoned and the police placed them in another orphanage.  The government shut down that orphanage due to severe neglect and they came into our care with several other children when they were six months old.  Since then, they have gained weight and thrived under the love and care of our wonderful Mana Gammachuu nannies and staff. 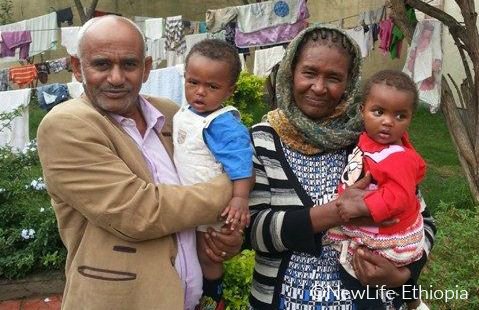 Desta and Etagegnehu have never been able to have children of their own and had lost hope of ever having a family.  Desta, 53, is a school teacher and also has a small business selling grain with his wife, who is 40.  These dear folks love Christ and are active in the Christian church.  They attended an adoption training seminar that our orphanage director conducted and are overjoyed to be able to raise Ayantu and Tariku.