How God Called One Man

Yusef was a student of the Quran for six years devouring teachings of the faith he and his family held dear.  He became a prayer leader at the mosque, singing and leading prayers five times a day at the prescribed times.  Yusef was engaged to be married and the families were planning their wedding; his future looked secure and promising. 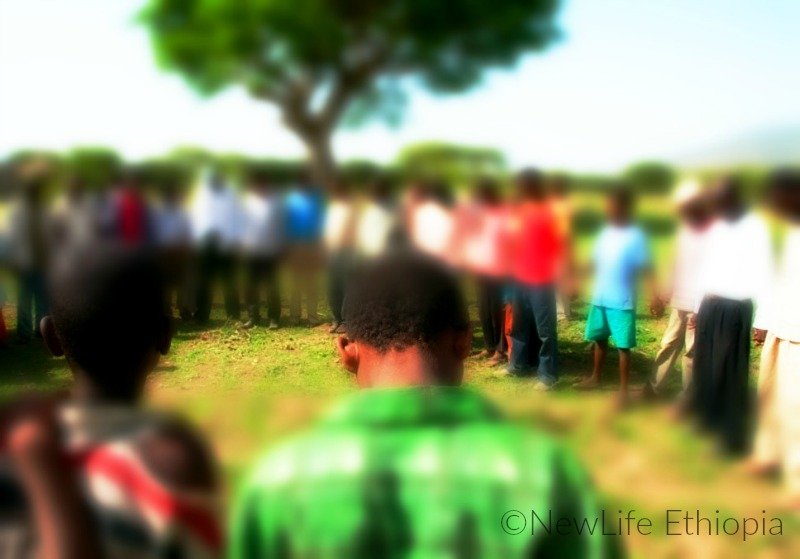 Visiting a nearby town, he knelt under a tree to pray at the prescribed time not noticing the Christian church nestled behind the tree.   The joyful singing of the church choir interrupted his prayers and he could not help but listen to the message being sung declaring that Jesus Christ is alive and gives eternal life to everyone who believes.  At first he was shocked to hear women singing in the choir with men, but the music was compelling and touched his very soul and he began to weep.  Even after the choir stopped singing, the words of the song lingered, and to his bewilderment and consternation he could not stop crying.  Ethiopian men do not sit publically under a tree and cry, and he entertained the idea that maybe he was losing his mind.  Shaken to the core, he eventually gained his composure and headed back to his village and career. 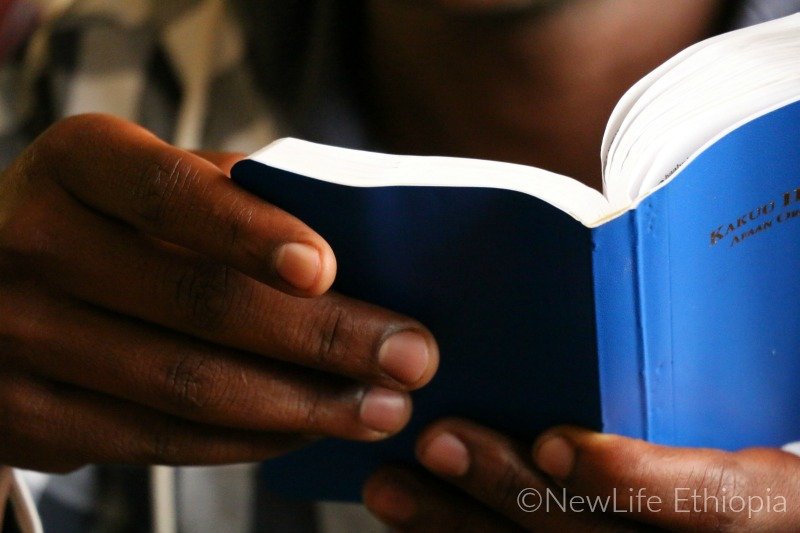 The message of the songs never left him and he gradually became dissatisfied and unfulfilled in his ritual prayers to Allah.  As hard as he tried to dismiss the words, they continued to haunt him and piqued his desire to know more about Isa (Jesus).  Being unable to shake the message of the songs, Yusef made the decision to go back to the place where he heard the singing and ask someone to tell him more about life with Jesus.  The Christians knew he was a mosque leader and thought his queries were a trap to get close to the church in order to do harm and initially they would not talk to him.  Later, however, a few men from the Christian fellowship found him and began secretly teaching him.  It was not long before he became a confirmed believer in Jesus Christ.

When his fiance’s father learned about his conversion he was very angry and forbade his daughter to marry him.  His own father went before the mosque leadership and said that since his son became kefir he should die.  Two men from the mosque came to Yusef to confirm that he had turned from the faith of his fathers and tried and talk some sense to him.   Late into the night Yusef explained to them about his new life in Jesus Christ and they, too, became believers!  There was strong persecution against him and he was forced to leave his family and town. 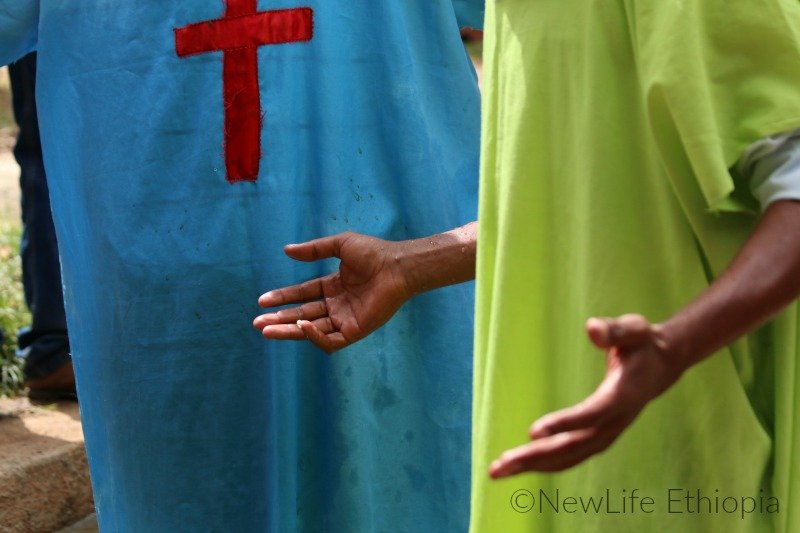 Against her father’s wishes, his fiancé followed him and they were married in a Christian church.  Yusef felt a definite call on his life to share the gospel but knew he needed mentoring and Bible education.  God ordained a divine appointment for him to meet Pastor Zerihun* who took Yusef under his wing and discipled him.  After spending years under the tutelage of Pastor Zerihun and pastoring several church plants, Yusef is now serving full-time as evangelism coordinator for his tribal area.  His wife is an amazing partner and, together with their four children, are significantly impacting their community for Christ. *Pastor Zerihun oversees all the evangelism work of NewLife Ethiopia.

We are seeking a monthly sponsor for Yusef and several other evangelists working in this area.  For $75/month you will enable these brave men to fulfill their calling by meeting some basic needs for their families.  Visit our website here to sign up and we will send you a prayer card.  If you have questions, please contact us at:  info@NewLifeEthiopia.org

We are sensitive to the significant security concerns of the area; therefore, the evangelist’s name has been changed.   Should you decide to support him and his family, you will receive a prayer card with his picture and real name.