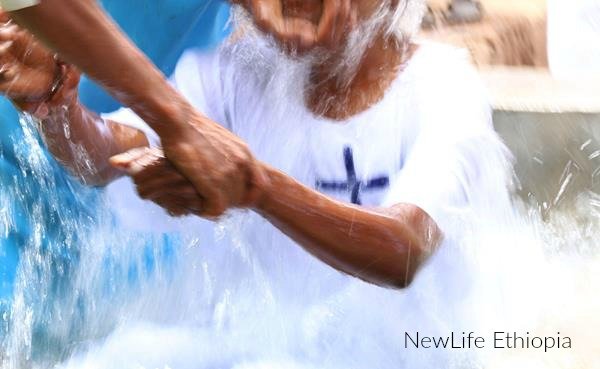 A gaunt man exploded from baptism full of joy!  Dripping wet he grabbed me and hugged me and kissed my face, my neck and my forehead.  He has TB and he said when he came out of the water the pain and heaviness in his chest completely left.  While seeking treatment for his TB, the people in a restaurant he frequented across from the hospital shared the truth of Jesus with him.  He went back home and the missionary sent to his village taught him from the bible further.  He dedicated his life to Jesus Christ and walks to church one hour each way… three times a week!  He is extremely poor and it is obvious he needs help.  A friend gave me money for this trip to use where I encountered needs, so money was given to my new brother through the church for him to buy food staples for a month.  He has .25 hectre of property to farm, but no oxen to plow it.  It was suggested that if we could buy him two young cows he could raise them for a year and they would be ready to work by next planting season.  A young cow costs $200. 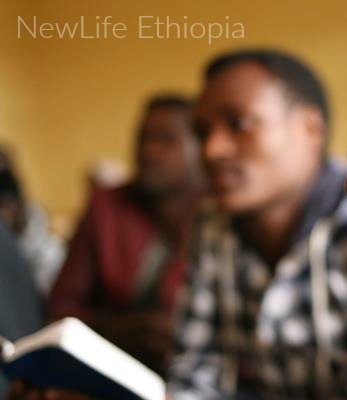 The young man I talked to next came from a fanatic M*slim family.  He was sent to an Isl*mic school and prayed faithfully, although the prayers are in Arabic and he had no idea what he saying.  So often I hear that witchcraft coupled with khat* is common among Muslims, especially those from rural areas.  This man’s mother and father were deeply involved in witchcraft and khat chewing and his home was chaotic in the midst of abject poverty.  As an older teenager his mother and father separated and he rented a room away from either parent.  He began to chew khat, smoke cigarettes and drink alcohol.  His uncle was a believer, took an interest in his nephew and persistently told him about Jesus.  Now that he has become a Christ-follower, his addictions are left behind and he says, “All I want to do is read this Bible and pray.”  He is sharing his new-found faith with anyone who will listen and his younger brother has come to Jesus.  He is hopeful his parents will make that same step soon.*khat (pronounced ‘chat’) is a common narcotic contained in a leaf that people chew to get high.  It is not illegal but is readily available.

Stories of our sponsored evangelists

One evangelist was allowed to help in a technical school and as he worked, he would talk about Jesus with the students.  He became known as “the M*slim guy who knows Jesus”.   He made many friends among the students and eight of them have become Christ-followers.  He brought four of them to the training center and rejoiced with them at their baptism.  Four others will be baptized later.  This missionary also started visiting the prison twice a week.  He is amazed at the openness of the prison population, but his heart breaks for their physical needs.  They need basic things – clothes, soap and Bibles. 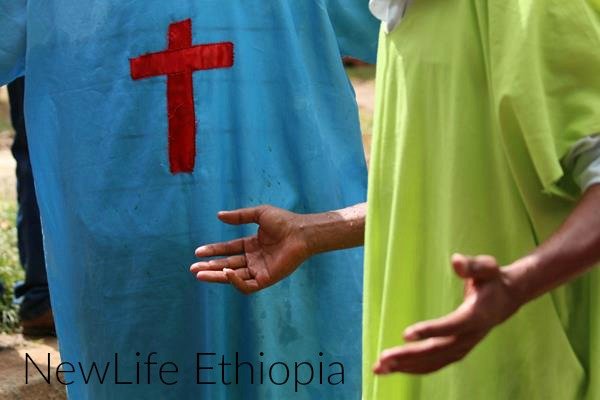 Another young missionary loves to play football (soccer), so he would join soccer games and from that he made six close friends.  When some townsmen heard he was a Christian, they badly beat him.  Even though his friends were M*slims, they were very angry at the beating and wanted to take revenge.  But the missionary said no, that is not the way.  Instead, he went to the people who beat him and forgave them.  They were amazed at this as were his soccer friends.  He invited them all to study the Bible with him and have prayer together and they are coming!  He is confident his new-found friends will come to be baptized soon.

One brother who is highly educated in the Quran moved to his assigned town and immediately went to the mosque and made friends with the sheiks.  He takes them out for tea and asks questions… What does the Quran say about Jesus?  Can you give me understanding about this Quranic verse?  By asking questions and making observations, he has planted seeds of doubt and seeds of hope.  He now has two mosque leaders studying with him.