In a dusty town clustered alongside a rural highway in the southern part of Ethiopia about 10,000 people live and the pace of life has a rhythm similar to many others of its size and location.  The dominant feature of the town is a beautiful mosque, and the echo of the loudspeakers calling the faithful to prayer has been heard by generations. 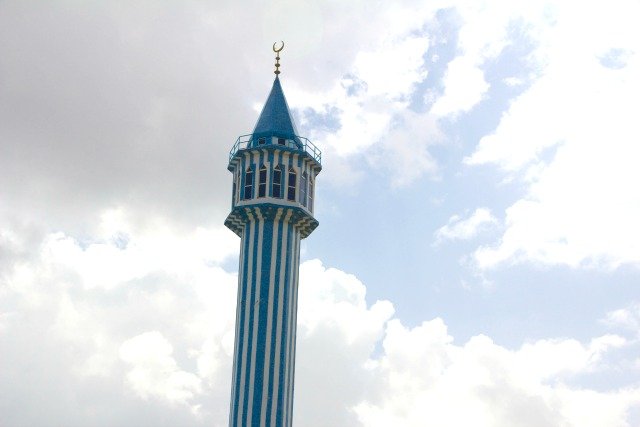 Thirty-odd years ago, a 7-year-old boy accompanied his father to the mosque in town to hear a discussion on Isa (Jesus is referred to as Isa in the Quran ).  His father and other men gathered in a side room of the mosque and the Imam began comparing what they believed about Isa to what the Christians believed about Jesus.   Young Wondu* (name changed) became very attentive and his interest was piqued as he listened to the men discuss this honored man of the Quran.  For some time he thought about what the men had said and began to want to know more about Isa.  In the town where he, his father, his father’s three wives and 16 siblings lived there were no Christians, so he kept his questions to himself but during the required prayer time, he would ask Allah. 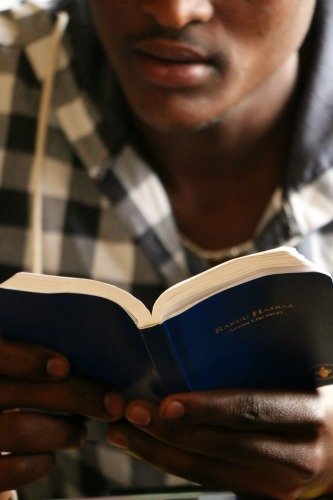 When he was about 11-years-old he was allowed to go with his father to the nearby larger town, and it was during that visit that Wondu acquired a copy of the New Testament.  Over the course of the next three years he surreptitiously read the little book, and as he read the Word, he became convinced that Jesus was the true Son of God.  He no longer prayed to Allah, but began praying to Jesus.  When his older brothers found out that he no longer believed Allah to be the true God, they told their father and Wondu was severely punished, but he would not renounce his conviction that Jesus was the only way to the Father.  Eventually, he was disowned and told to leave. 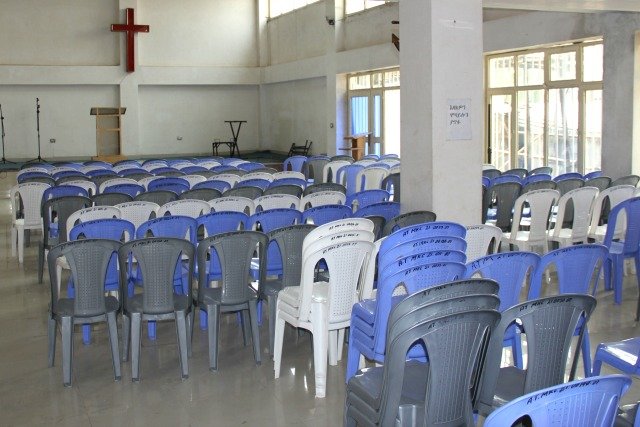 Walking and catching rides, 14-year-old Wondu finally came to a bigger city and for the very first time in his life entered a Christian church.  He listened in awe to the worship and the pastor preaching, and at the end of the service went forward to publically dedicate his life to Jesus Christ, the Son of God. God’s hand was on this new convert, and through fortuitous connections Wondu was able to finish his education and attend college.  He married a young woman whose fervor for sharing about Jesus has never waned.  He and his wife actively serve in their church and tell everyone they know about what God has done for them.   Through Wondu’s persistence, two of his brothers have become Christ-followers and his older brother (the one who tattled on him to his father and got him in so much trouble) is now an elder in the Meseret Kristos church that has been planted in their home town.

I had the privilege of going to this town with Wondu to meet the leadership team of the church and to hear their strategies to reach their neighbors with the Good News.  We went with Wondu, not knowing what to expect.  We found a thriving fellowship of about 300 Christians determined to live out the gospel by caring for the widows and the poor.  There are seven evangelists (all former M*slims) and they have each taken a section of the town or surrounding area and boldly share their faith and are bringing some to Christ; the church is growing! 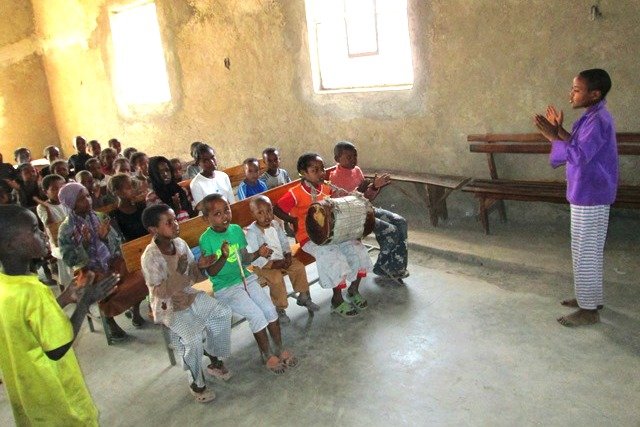 When I arrived at the compound, I heard children’s voices singing and as I followed the sound into the church, I saw a young boy enthusiastically leading a group of about 40 children in song.  I found out the church gives spiritual training to the children every morning, and in the afternoon they attend the government school. 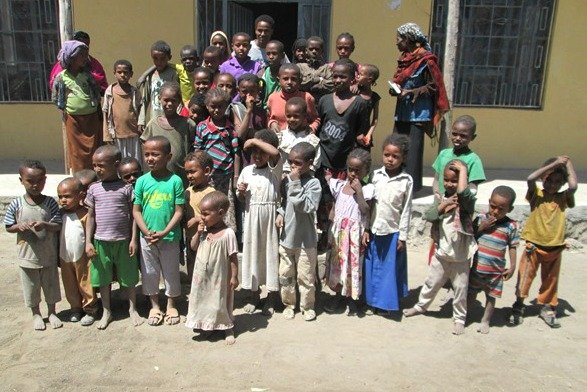 To nurture of the tender hearts of children, the church wants to build a kindergarten that will be open to the children in the town regardless of their faith.  There will be no tuition, but along with the alphabet the Bible will also be taught.  They have a good start on the classrooms, and the pastor is trusting God to provide the funds to finish and to hire teachers.  They also want to show the Jesus Film (both the child and adult versions) in their church every two weeks, but need a laptop and a projector to do this.  There is also enough room for a large kitchen garden to augment the support they give to widows and their families, and they want to start a chicken project that will generate funds to support the evangelists.  In order to do either of these things, they need to bring water to the compound. 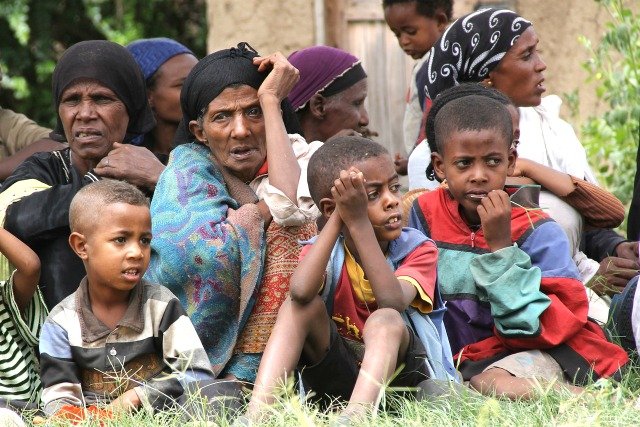 I was inspired with their vision as well as what they have already accomplished.  Only a small percentage of this town’s population is Christian.  This area is a stronghold for the more militant brand of Isl*m and they are indoctrinating their young systematically.  We know that with intense prayer the assignment Satan has for this area can be broken!  The pastors and evangelists I met fully expect to be martyred for their faith, but their love for their neighbors and for Christ far outweighs their concern for their comfort and safety.  I am not sure what role our ministry will have in this town… I am praying and waiting on God, but I hope that in some way we can, with the help of others, support and encourage these brave and dynamic church leaders.

P.S. When Wondu arrived in Nazaret he found a friend who was also put out of his home because of his faith and the two lived on the streets together, sharing thrown away bread or drinking water with a little bit of sugar to try to appease their hunger.  That friend was our country representative! Now fast forward several decades…  In 2011 after more than 100 families in a rural village had turned to Christ, the Christian men approached their village chief and other government officials with a request for land to build a worship center.  When I was told they had done this I thought, “Good luck!  That will never happen.”  As you know, it did happen… but now for the rest of the story. When the Christians petitioned the government for land, God had orchestrated a godly man to hold the position of land management for the government.  When he heard what was to be done and saw that our representative was behind it, he set into motion everything needed for them to get that land.  When the militant M*slims put pressure on him to take back the property, he held firm and declared that it belong to the Christians.  I was amazed to learn that the man behind the scenes was none other than Wondu!!

P.S.S. The property that Wondu secured for the village Christians now has a beautiful church building but needed a full-time pastor.  Subsequent to Wondu granting land to the village Christians, he suffered intense persecution in his government job whose leadership is primarily Musl*m.  In 2015 he was approached about becoming the pastor of the church in this village and after several weeks of prayer, he and his wife knew this was what God had been preparing him for.  Wondu is now dedicated to serving, teaching and nurturing the people there.