Angie and a team of prayer partners are just returning from a two week visit to Korah in Addis Ababa, Ethiopia.  Many of you sponsor families living in Korah, this community on the outskirts of Addis next to the Koshe garbage dump.  Angie gives us a first-hand look into what it’s like to live there. 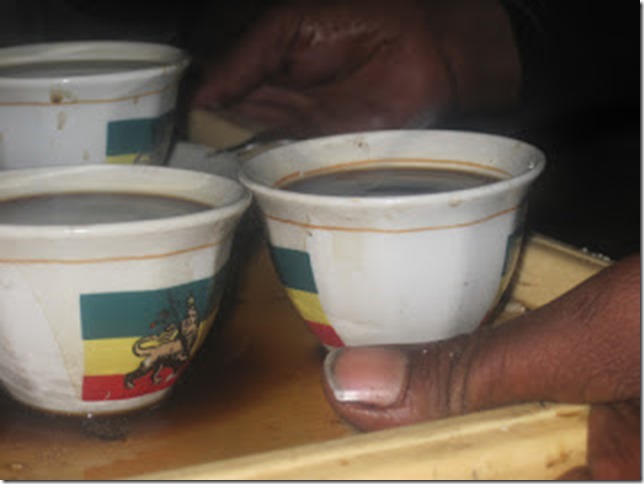 …The story of this woman’s rejection and shame runs deep and soaks her story with pain. She was left by her husband because of their difference in beliefs. She follows Jesus and he follows Mohammed. She would not change for him and so he left. After discovering that she and her son were sick with HIV they came to the city for treatment. They came to this area, Kore, to this home, carrying the secret of their illness with them. For a while, things were looking up. She began selling corn on the side of the road, her son started school and she was receiving help from a sponsorship program. But all of this came crashing down when she naively confided her story to a women she thought was a kind friend. This “kind friend” instead made the news public and because she was also the landlord of the area homes, she raised her rent to almost double. She also forbade her use of the community water pump so now she has to go outside to another area to get her daily water supply.

Now our interactions with the local women when we arrived makes more sense. No one would claim to know her. This part of her story surprises me the most. I was under the impression that because this place is known for it’s HIV and TB and leprosy that the people here would not turn on each other. I thought that they came to this place because they were shunned and needed safety but now here they are shunning each other. I thought they would hold each other up but instead I found a class system among the outcasts.

Also, don’t miss At the Dump.