The ‘John Deere’ of Dembidollo

Dembidollo is a rural area in Ethiopia where most people make a living by farming or raising livestock. Three very poor families were given a pair of oxen to cultivate their land, resulting in successful harvests that have set them on the path of self-sufficiency. 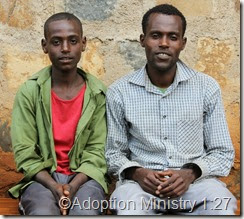 Mikiyas, his brother, two sisters plus two children live together in one room on a lush piece of property in the countryside that they could not farm because they did not have oxen. Their poverty was deep. The walls of their house were just sticks that let in the wind and the rain, and they all slept under tarps on the dirt floor. Mikiyas and his brother wanted desperately to improve their situation and provide for their sisters, niece and nephew but their earning power was low and without oxen, their property was worthless. 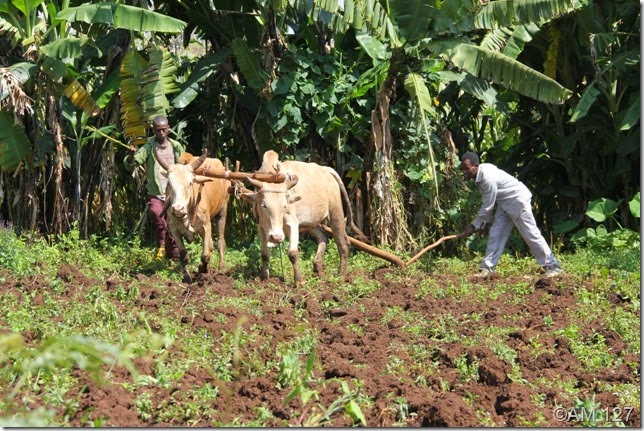 A year-and-a-half ago the couple who “adopted” this family raised $700 to buy a pair of oxen, the yoke, and hand plow so the brothers could cultivate their land. Gratefully, they worked hard planting maize (corn), sorghum, barley and onions. The men also plowed their neighbor’s land, sharing 50/50  in that harvest. Their trusty oxen plowed seven acres, and the profit from the first harvest allowed them to mud the walls of their house and replace the broken door, but most profit went back into their second planting. After harvest in 2014, their profits were ensured and they no longer needed monthly help from Adoption Ministry 1:27. 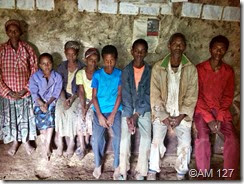 Debela was one of Etana’s 10 children who, for awhile, was farmed out as a servant because his father did not have enough food for his large family. After Etana’s family was identified for help through Adoption Ministry 1:27, Debela was reunited with his family, but school was out of reach for the eight school-aged children. Etana’s family lives quite a distance from Dembidollo town in a beautiful valley on a fertile piece of property, but Etana had no way to plow it. He had a few sheep that he sold for a little profit, but without the supplement of monthly food that AM 1:27 gave him, his large family would be hungry most of the time. 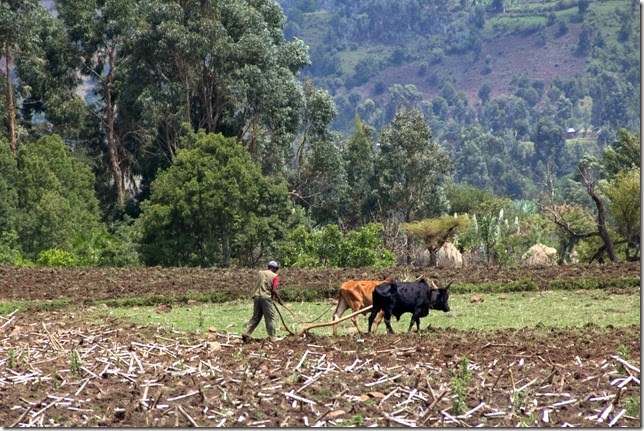 It was a gift almost beyond Etana’s comprehension when their sponsor offered to buy him the equivalent of a John Deere: a set of oxen. As is often done in Ethiopia, Etana cultivated his land and also a neighbor’s property to share 50/50 in that harvest. He planted maize, sorghum, wheat, teff and chickpeas. After the first harvest Etana bought a pregnant cow and the eight older children were enrolled in school. After a successful second harvest, it was determined that his family no longer needed outside help. The boost of oxen was just what was needed to set this hard-working man on his feet to proudly provide for his family. 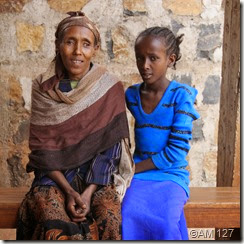 Galalcha and Sanaye have three children, and their son, Fedesa, is a strong young man who, with the help of his mother, has the responsibility of doing the hard labor required to be a farmer in Ethiopia. Galalcha is a personable older man who has been significantly weakened with leprosy. Before Galalcha contracted leprosy, he was a laboratory technician in a hospital and through his good salary bought a nice piece of property. However, life after leprosy has not been easy for him or his family. 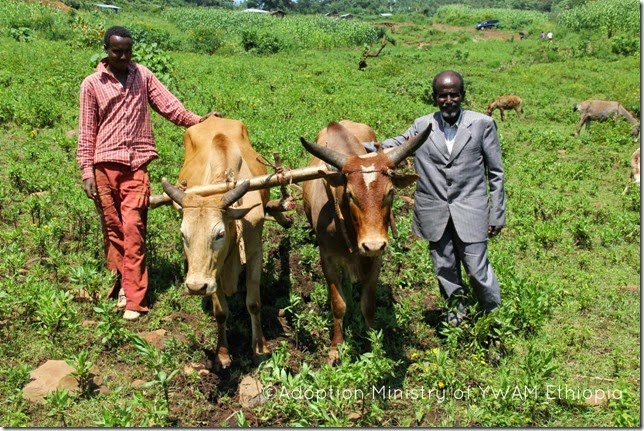 Eighteen months ago, Galalcha’s family received a set of oxen, a gift from their Adoption Ministry 1:27 sponsor. Fedesa was ecstatic and promised to work hard to farm their property.  He made plans to hire his oxen out to plow neighboring property as well. The farm has produced brilliantly under the competent hard work of Fedesa and Sanaye. The daughters are going to school and they now have a milk cow. We join Galalcha and his family in rejoicing over the amazing provision of oxen that has made the difference between dependency and self-sufficiency.

Read more stories of people like these – families who someone just like you invested in and who are now operating successful businesses – on our website here!