What Would Jesus Do?

The overused words What Would Jesus Do? will never mean the same to me again.  I was visiting a desperately poor widow, a mother of the church.  She warmly invited me into her room and I noticed that some of her six children looked distinctly different from each other, like they were from various tribes.  I asked the pastor, who was my interpreter, about this and he said that only four of the children were birthed to her and that she had taken in two others to raise.  I looked around her tiny room wondering where they could possibly sleep.  I remembered her the day before gratefully taking the maize the mission team provided, knowing that most of the sustenance for her family came from scavenging in the garbage dump.  Why did this woman take on two stranger’s children when she could barely feed and clothe herself and her own children?

“Why?” I asked her.  “The Bible says to,” was her simple answer.  “It is what Jesus asks us to do.”  Yes, it is.  But would I trust in His provision if I was in such desperate want?  I humbly had to concede that no, probably not.

God spoke to me profoundly that day, and I hope I am never the same.  I will help the church help this woman and her family.  I will introduce more people through mission teams to Jesus in the disguise of the leper, the homeless, the abandoned.  I will simply say “yes” when I am asked to care for the poor, trusting that God will provide. 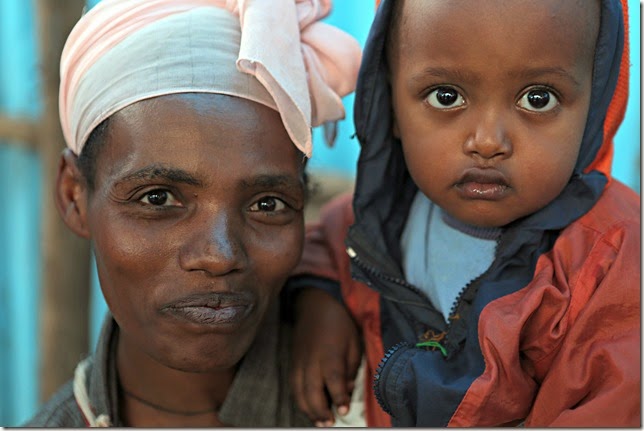 “Each of them is Jesus in disguise.” – Mother Teresa

Mark is currently in Ethiopia with our first mission team of the year from Federal Way, WA.  Like us on Facebook and following along on their adventures!