by Joy Casey in Ethiopia
written on Oct 26 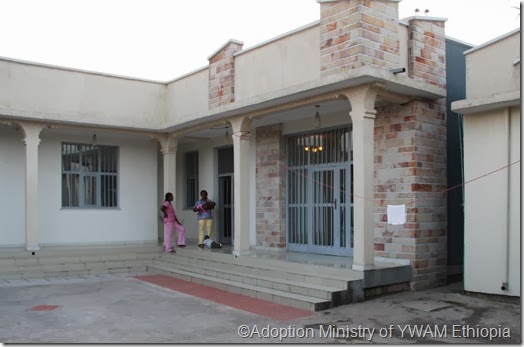 Two groups of people from the United States accompanied me on the drive to Shashemene to officially dedicate Mana Gammachuu to the Lord. Mana Gammachuu means “Joyful Place” or “House of Joy” and we were warmly greeted by the wonderful staff as we emerged from the van. Ephriam, the orphanage manager, gave us an overview of the history and introduced us to the “stars” – five adorable little babies. There were six, but one little miss was adopted and is home with her new family in Addis Ababa. 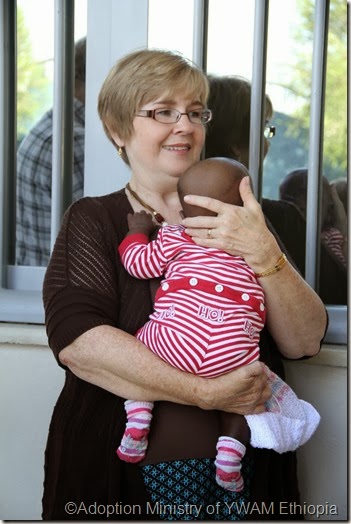 After getting a tour of the immaculate facility, all the babies and guests gathered on the porch to enjoy each other and drink delicious Ethiopian coffee served with popcorn. It wasn’t hard to pass the time playing with Mr. T, a big 7-month-old boy who crawls everywhere and has to be watched every second, to our first baby, Miss S who loves to mimic you and is a real ham. Then there is a 5-month-old chubby little guy who has a face like Charlie Brown and easily smiles a toothless smile, and little Mr. C who, even though he had a cold, smiled. All of the babies have prayer partners in America, but Mr. C was new and so one of the women with us immediately wanted to pray regularly for him. I think if she could have tucked him away in her suitcase, she would have! Then there is Baby Boy “D” who had me wrapped around his little finger in no time flat. He is darling and loves to be cuddled. Something unexpected happened while we were there, too. A friend of the orphanage manager came to meet the children because he and his wife want to adopt. And guess what? Baby Boy “D” was the one who captured his heart! I was not surprised, although any one of these precious stars could do the same. 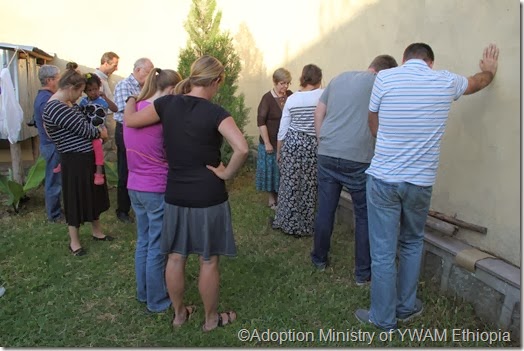 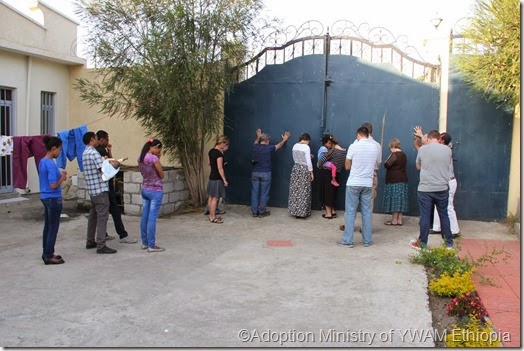 Before leaving, our group went to the four corners of the compound and prayed a blessing. We also prayed for the administration team in the office and then went into the nursery and prayed protection, anointing and blessing on the babies and all the nannies. 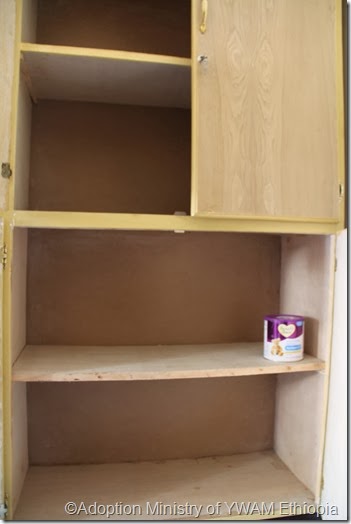 God’s Provision …
In March of this year, a 13-year-old boy traveled with his mother and grandfather (who happens to be Wick Nease from Streams of Mercy) and visited Mana Gammachuu just days before we got our first child. When he heard his grandpa was coming back to Mana Gammachuu, he wanted to raise money for formula and gather other necessary supplies for the orphanage. And he sure did! He raised $700 for formula and formula and baby cereal was purchased and unloaded when we got to the orphanage. And guess what? There was only one can of formula sitting on the shelf when we arrived! I am sure Will will be ecstatic to hear that the things he provided were so timely. THANK YOU, WILL! 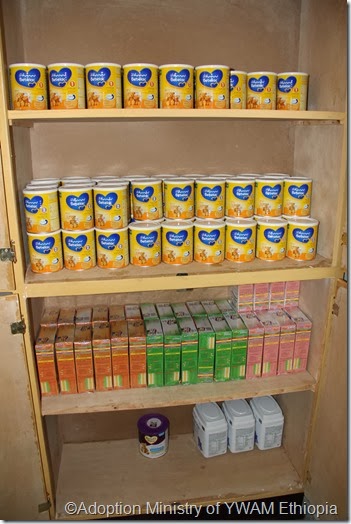