If you are an adoptive parent whose child has been ‘stuck’ in an orphanage while you wait (and wait and wait) for the Embassy to clear your case, you know that something needs to be done to bring change to the current adoption system in the country.  You are not alone. 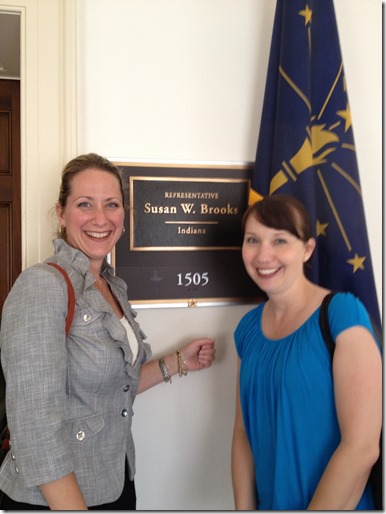 Two YWAM/CHI moms recently traveled from their homes in Indiana and Illinois to attend the Both Ends Burning campaign’s ‘Step Forward for Orphans March’ in Washington D.C. on Friday May 17th and to meet with their state representatives and senators.   Both Becky and Brandy have first-hand experience with an international adoption process that left their children temporarily ‘stuck’ in red tape and very frustrating bureaucracy.  They finally were able to bring their daughters home but waited almost four and five months respectively after passing court to receive their clearance from the U.S. Embassy to do so.  Several of our families have waited even longer.

The passion they’ve felt about the need for change to this broken system has not faded even after being home.  Though some of the emotion may have abated as their focus turned to nurturing their new family dynamic, they have continued to work with other families whose adoptions were held up in similar ways, determined to bring this issue to the attention of those who can bring change.  (I almost wrote that they worked tirelessly but I am sure they did get tired!  Yet they kept pressing forward!) 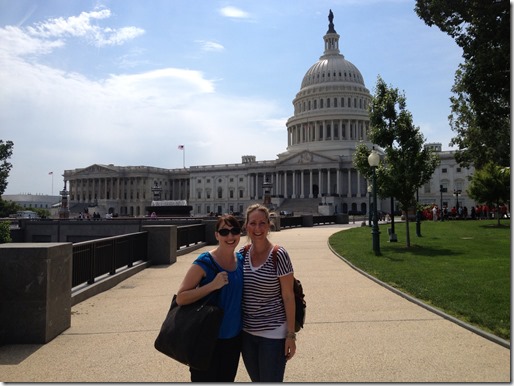 Becky and Brandy drove to the capital with Brandy’s youngest daughter, arriving on Wednesday.  On Thursday, they met up with another friend who was in their group of Ethiopia adoptive families who, in 2011, all received the dreaded RFE (request for information – to prove the child’s status as adoptable) from USCIS.  This friend used to work for President Bush on Capital Hill, which proved to be very helpful as she gave them some good pointers and got them to the right buildings – all with two 2 year olds from Ethiopia and a newborn in tow! 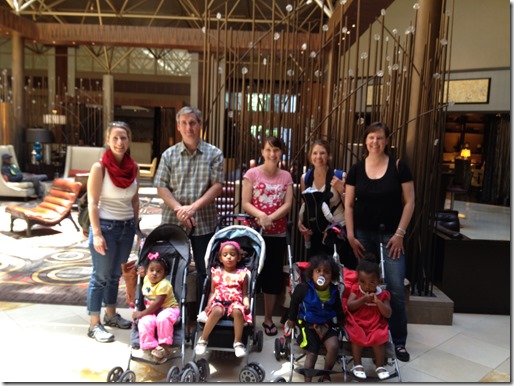 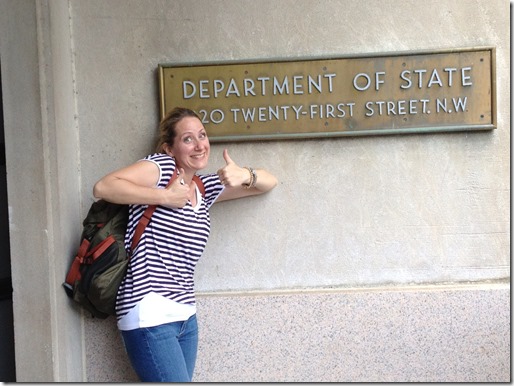 Their first meeting was with Congresswoman Brooks from Indiana.  They talked to her about the importance of international adoption and asked her to sign the new bill in congress “Children in Families First” drafted by Senators Mary Landreui of Louisiana, Roy Blunt of Missouri and Trent Franks of Arizona. This bill would establish and fund an inter-governmental agency dedicated to examining the current problems and fixing them.

They also visited the offices of Senators Donnelly and Coats, sharing their experience and affidavits, asking them to sign the bill and even inviting them to view the movie ‘Stuck’ that evening.  There is nothing quite as effective as being face to face and hearing a firsthand account of bureaucratic errors and indifference that unnecessarily keep children from their families.  The families got to hear from some in these offices that they do genuinely care about adoption and one promised to contact the US ambassador in Ethiopia to discuss the issue.

At the showing of ‘Stuck’ that night, they got to meet Senator Landreui and also Duni Zenaye of EthioStork whose organization researches child family histories and assists families who hire her with international document issues.  Duni is also featured in the ‘Stuck’ documentary.

If you haven’t yet seen this excellent film, you can watch it online or purchase it on dvd here.  It is a ‘must see’ for every person who believes that every child deserves a family and that orphanages are not an acceptable substitute. 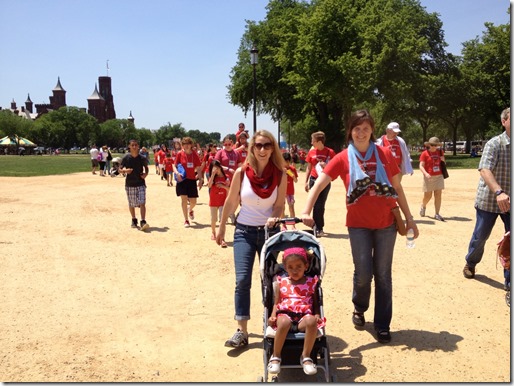 The next day was the Step Forward for Orphans March, where over 500 moms, dads and children walked for a mile and a half to make a statement about the importance of adoption reform. 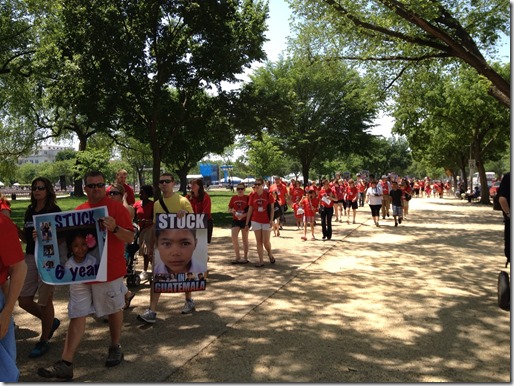 There were many people carrying signs with pictures of their children who are still “stuck” – a very sobering reminder that this issue is extremely important and personal. 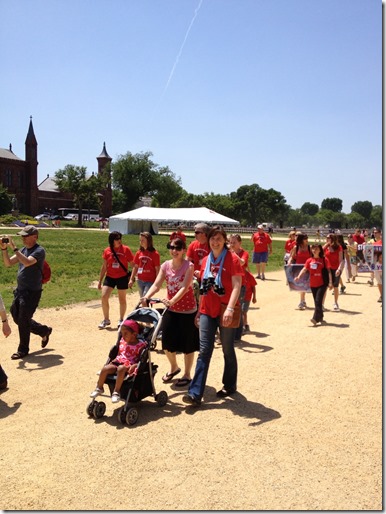 Marching together with other parents who are committed to press for change brought a kind of closure for Becky.  She said “I don’t know if God will have me finally be done with it all but I feel 100 pounds lighter!”

Thanks to all of you who have continued to press your state representatives to support the Children in Families First bill, who have signed the petition, and supported the Both Ends Burning effort.  Special thanks to Becky and Brandy who went to the time and expense of attending the march and pushing for reform.  We love you!

Here are some helpful tips to contact your state officials:

Go to these sites to find out the names of your senators and representatives and their phone numbers:
o Senate: (use the pull down menu at the top right to choose your state)
o House: (use your zip code and address if necessary)

Here is a great script to use as a guideline when calling:

A few minutes of your time, multiplied by hundreds of calls, can have a big impact!!  Thank you!