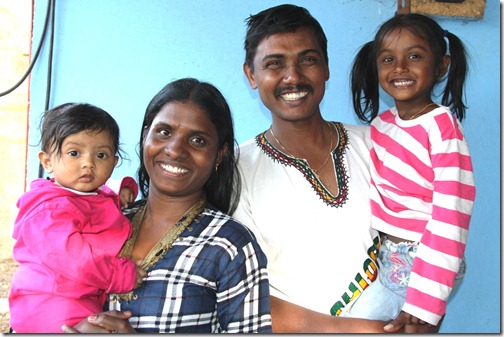 Samy and Ruth and their two little girls, Abi and Becky, have been serving as YWAM missionaries in Ethiopia for three years.  They are from India and received their missionary training in their homeland, but followed God’s call to serve in Ethiopia.  Samy and Ruth work with local churches and pastors to bring the Good News to children.  They help establish churches in outlying areas, have started intercessory prayer teams in their town, and are great encouragers of local pastors.  Samy grows a huge garden and gives away a lot of food to the hungry. 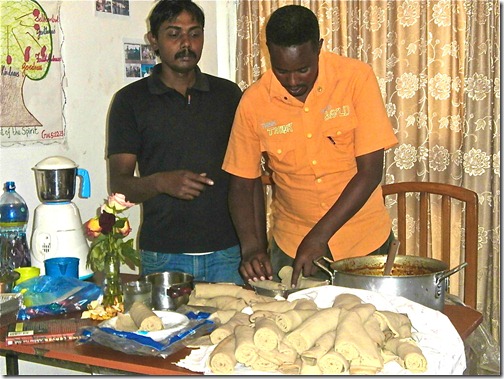 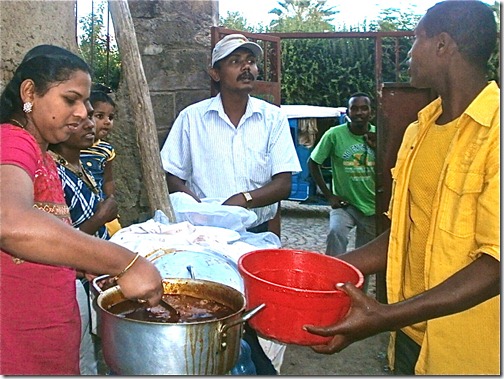 Samy loves to cook and his food is so tasty! He and Ruth decided to bring food and Bibles to two prisons in their town.  Prisoners in Ethiopia survive only if they have a friend or family member to bring them food and other basic necessities, so it was a glad day when Ruth and Samy set up a soup kitchen in the prison and started dishing out hot, fragrant food for the men. 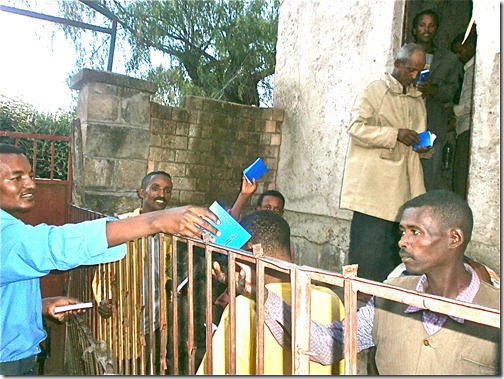 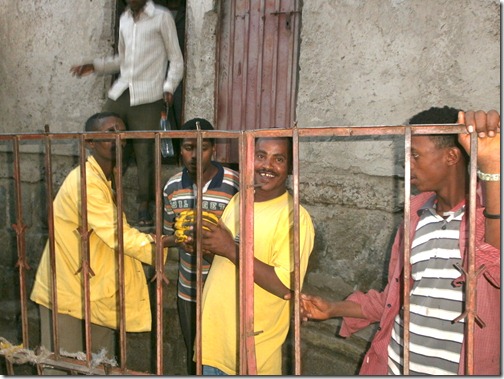 Along with their plate of food, a Bible in Amharic was given, and the prisoners received The Word with joy. They are hungry for food, yes, but also for God. 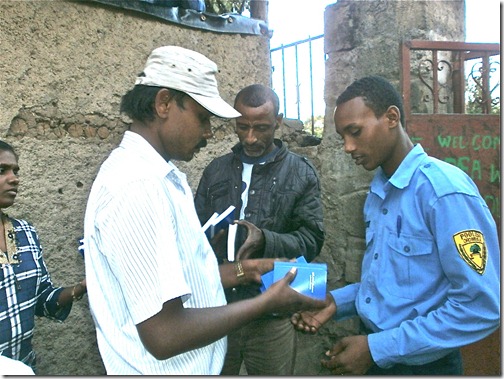 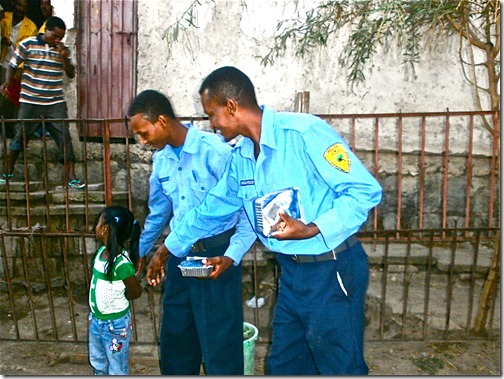 The prison guards and police inspectors received their food and Bible as well, and expressed their heartfelt appreciation to Samy and the other volunteers for coming to a population that is mostly overlooked and rarely visited. 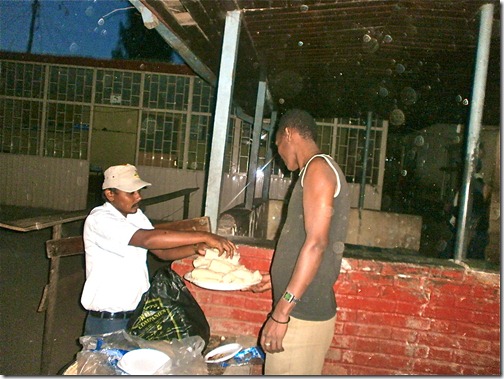 Samy reports that they fed about 40 prisoners in each compound and about 20 police officers.  There are a total of four prisons in their town, and Ruth and Samy hope to do this same ministry for the other two as funds become available.

‘I was in prison and you visited Me.’
‘Lord, when did we ever see you sick or in prison and visit you?’
And the King will say, ‘I tell you the truth, when you did it to one of the least of these My brothers and sisters, you were doing it to Me!’   Matthew 25