Where Have All The Babies Gone? 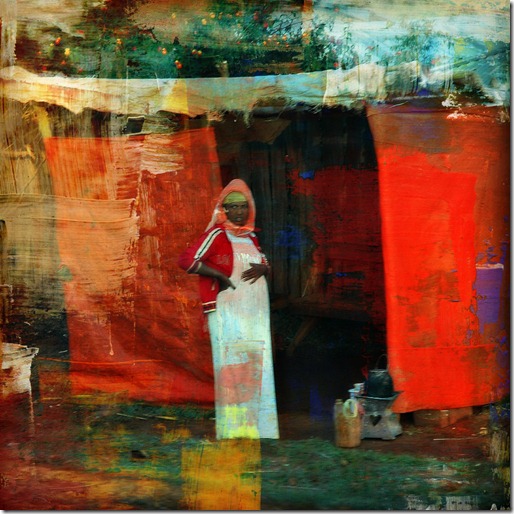 A nurse serving at a rural hospital in Ethiopia wrote this heart-breaking article, which tells of a situation most of us would never even know about.  This was originally posted in March 2009.

Where Have All The Babies Gone? In Ethiopia, this is a loaded question. Two to four babies die at this hospital every day. This is not from poor care, but because the situations brought to the hospital are so urgent and critical. It has been described that to be pregnant here, a young woman faces a possible death sentence. So the following are a few stories that we have lived through in the last few weeks.

One young woman’s story started a few weeks ago when she tried to self-abort her baby during the seventh month of pregnancy. She came to the hospital because the stick ruptured her membranes. Luckily, the baby was still intact, but needed much care since it was premature. Since she is only 17 and had gotten pregnant from a Chinese road worker, she was not interested in keeping her beautiful little boy. Every ferengi (foreigner) that went by her bed was solicited to adopt the child. Yesterday, she was discharged from the hospital. Her problem lies in the fact that she doesn’t have a job or place to stay, since she lost this while in the hospital. Two on our team found her a roommate (a young 18 yr old diabetic girl) and a place to stay. The girls filled it with the necessary household items, beds, bedding and baby supplies. So she had a wonderful place to bring her baby to yesterday. She is still not excited about motherhood, but is willing to try it for now. We are praying for her situation and her baby’s. *This birthmother eventually chose to relinquish her baby for adoption.

Another girl was admitted to the hospital who had taken some expensive medicine from a “nurse” to help her abort her 6 month pregnancy. She had gone into labor and was rushed to the hospital. This beautiful baby somehow lived through the ordeal and, to our amazement, was even crying (which showed us he might make it). But the mother neglected him and by the next day he had expired.

Kooleni also entered our hospital with an unwanted pregnancy. She had also attempted to self-abort, but the baby girl somehow lived. This little sweetie was .9 kilos (which is just under two pounds). She was the smallest baby that I had experienced in person. The mom had to be encouraged to care for the baby, almost every two hours. Her postpartum depression made her lack interest in the baby also. Since she didn’t breast feed the baby, a tube was inserted to feed the baby by hand. The team visited them 3 times a day to make sure the baby got fed. It was a miracle this week when Kooleni and her baby were discharged after their two-month hospital stay. They both went home happy, but the brain function of the baby is in question because of the initial insults she received these first two months of her life. What this baby endured would be difficult in an NICU in the states, but to live through this ordeal here is nothing short of a miracle.

Alametu, an 18 yr old, came into ER last week suffering from a septic infection that had caused her legs to swell (compartment syndrome) to the point where our surgeon had to slice both of her thighs (faciotomy) in an effort to save them. Unfortunately, she formed blood clots in both legs, and her left leg had to be amputated at the groin. In a few days, the other leg also became gangrenous clear to the hip. At this point, the doctors agreed that there was nothing more that they could do for her. We called Alametu’s father to the office to explain why his daughter was dying. We had to explain that his daughter had been pregnant that she had self-aborted with a dirty stick and that this had led to her infection and partial paralysis. He had no idea. So we talked to him about the amazing gift of forgiveness. How no matter what we have done, God forgives us and accepts us, and wants us to give this gift to others.

The hospital truck with a team member and his nursing students had the grim job of taking her home to die. The truck was driven by the accountant, whose job was to get her home without jarring her stretcher. Her cries of pain went silent as they all began to sing “Amazing Grace”. As they reached the end of the road, the nursing students and her neighbors carried her body on the stretcher to her house. Almost one hundred family and friends gathered around the house to pay their respects to this young woman.

A local young man informed us that he knows a woman that helps the girls in the community to abort their babies with a stick. He said that she is very busy, aborting at least 3 babies a day! When we heard this we were dumbfounded.

Where have all the babies gone? What is the value of a baby? You decide.

“For You created my inmost being; You knit me together in my mother’s womb. I praise You because I am fearfully and wonderfully made.” Psalms 139:13,14

We have partnered with local churches in several communities in Ethiopia to help support birthparents who cannot provide food and shelter for their children and to aid families willing to become guardian or adoptive families for orphaned children. Please visit our website to read more about how you can link arms with the body of Christ in Ethiopia to preserve families and prevent orphans: