“There are also children that are adopted that have family members that would willingly care for them if they could.”

How true this is! In Ethiopia as in the U.S. there are many, many children being raised by extended family and I applaud them. Some children are placed for adoption internationally when there are extended family members in Ethiopia who would be willing to raise them if only their circumstances were different/better. There are several large and well-known ministries that have wonderful sponsorship programs that support families so they can take care of each other. These ministries are huge in scope, and yet they cannot meet everybody’s needs. It is unreasonable to think that the western world can give financially year after year to the majority of people in Ethiopia that live significantly below poverty level. Some can be helped this way, but there are others who are not reached by programs like this. 65% of the Ethiopian population lives in the countryside, and these sponsorship organizations only provide services to a radius of about 200 – 250 kilometers from the capitol city. What happens to the poor who live in the countryside? 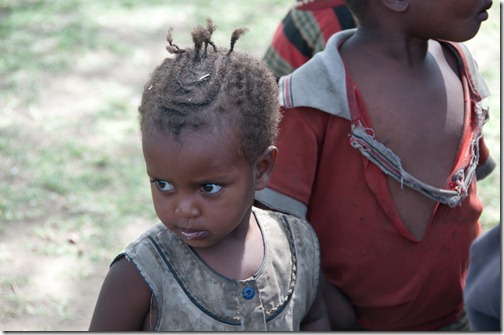 The first place the local government looks when there is a relinquishment is the extended family, but most times family members are stretched to the limit with their own families or are old or sick. The government recognizes these limitations and cannot force a grandmother or aunt to take a child. In some cases I would guess that if the family was financially compensated to do so, they would take the child being considered for adoption. But as stated previously, a lifetime stipend is an unrealistic goal given the depth and breadth of poverty in Ethiopia. 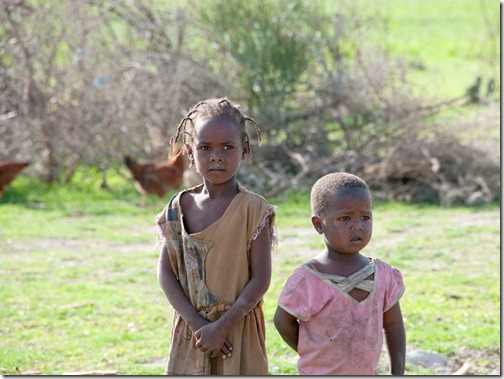 Many of the statements that I’ve quoted by critics of international adoption are true and are said with compassion and concern for birth families in Ethiopia. I appreciate the heart of their message, but a ‘one size fits all’ solution is naïve and many assumptions are made that have not been seriously researched or thought through. What is said sounds good and reasonable, but not having been exposed to Ethiopia long enough to understand the extreme challenges of the poor nor having any experience with what birthmothers and fathers face daily, it actually dishonors the few and brave who take the very inconvenient and, in some cases, humiliating steps to see that their child is ensured a good future. (Please also read my post on Desperate Mothers which further describes the reality of life in Ethiopia for many women.)

I can’t confirm (but I am also savvy enough to not deny) that there are unscrupulous practices associated with adoption, both in the United States and in Ethiopia. But let’s not throw the baby out with the bathwater! We need to do our due diligence to make sure that when a birth parent makes an adoption plan, it is their plan and no one else’s. There can be no encouragement, coercion or duplicity associated with adoption and parenting options need to be explored. All our relinquishing birthparents or guardians read or have read to them three pages outlining exactly what placing their child for adoption means and they have to sign the document of understanding. This is reviewed with them at least two times before the adoption is final.

We honor a parent who has made a future plan for their child. Sometimes I don’t agree with their reasoning and sometimes I can even see a way out, but at the end of the day it is the parent’s decision and they are the ones that have to live with it. I will always validate these courageous parents, appreciating their circumstances and the sacrifice they are making.

You can read this entire series beginning here.