“Of the 5 million orphans that UNICEF says there are in Ethiopia, a much smaller number are actually full orphans truly in need of a family.”

I have thought long and hard about this statement and my husband and I have had some pretty interesting conversations regarding who should be considered an orphan. I grapple with the definition of “orphan” and I find its meaning differs depending on its context. Our agency places children in strong families living in the State of Washington when a birthmother and father make an adoption decision for their child. None of these children meet the definition of orphan in the traditional sense. The child’s mother and father are alive and well and simply determine that they are not in a place to parent and can choose an adoptive family for their baby/child. I know some would say this is a terrible thing to do, but nevertheless thousands of children here in the U.S. are legally placed for adoption every year simply because the biological parents determined to do so. They do not even have to have a good reason to make an adoption plan. They can just choose adoption as a parenting option; the judge does not ask for any explanation.

In international adoption, the bar is set much, much higher. In Ethiopia, strict parameters are enforced that allow fewer mothers (more leniency for birth fathers) to choose adoption for their child. I am a bit confused as to why it is so acceptable in the U.S. for anyone to make an adoption plan (married couples or single parents) and yet, in a country where things are much tougher and the social stigma of an unplanned pregnancy results in social isolation, people are outraged that any birth parent should consider such an option. 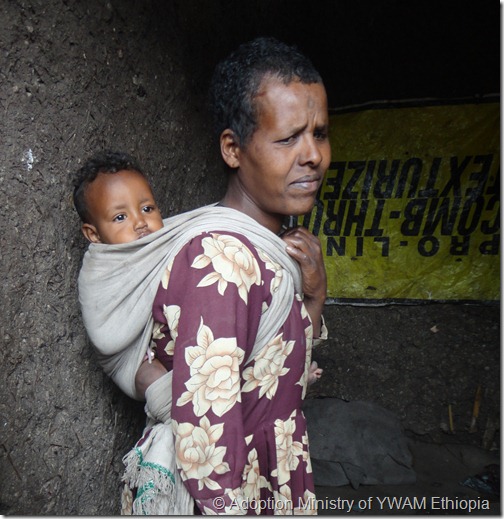 It is highly likely that of the 5 to 6 million children UNICEF declares are orphans in Ethiopia, a smaller number are full orphans where both mother and father are deceased, although I have not been able to find a statistic for this. The premise being asserted by many is that only children who do not have a living mother and father should be considered orphans and only those children should be considered for adoption. Some even go a bit further and state that only full orphans are truly in need of a family. 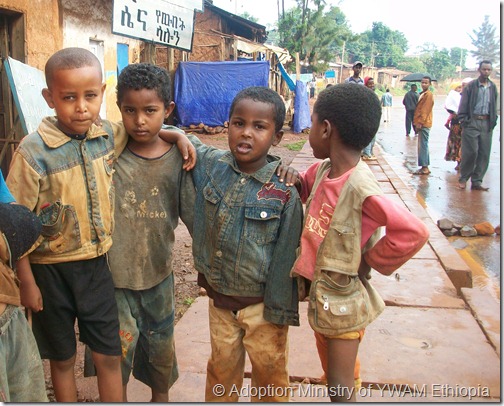 Of the 300,000 children that UNICEF says live on the streets of the major cities in Ethiopia, how many of these children meet the strict criteria of “orphan”? That is hard to say, but after working at the YWAM home for street children in Addis, I can vouch that most of the children can identify a parent or at least some family member. I have heard stories that would curl your toes of parents or other family members forcing their children onto the hazardous streets or into the hyena-infested countryside to live because they could not or would not care for them. Do these children need a family? Most definitely! The overwhelming majority of these children are not adopted and grow up without education and forced to beg or prostitute themselves in order to eat. Many fall into the dark underworld of criminals, live underground like animals, and are addicted to whatever they can find to dull their pain. No one knows how many young children and adolescent girls and boys are grabbed off the street and sold into slavery, but that is the stark reality for Ethiopia’s children who are out from under the protection of a family.

“Many children who are adopted have a mom or a dad that would like to care for them if they only had financial support.”

The overwhelming majority of the time this is the case. I do not know exactly how many children of the 1,700 who are adopted from Ethiopia in a year are relinquished, how many are abandoned, and how many are full orphans. But I can give you what has been the experience in our orphanages, which I will assume is pretty average. The largest category of children adopted is abandoned children, then relinquished, then bona fide full orphans (where the death of both parents can be proven and who are usually older children unless a single mother dies in childbirth). In most of the cases with full orphans, there are other living family members in Ethiopia who are unable (and sometimes unwilling) to care for the child and one of those family members becomes the child’s guardian in order to move forward with adoption. 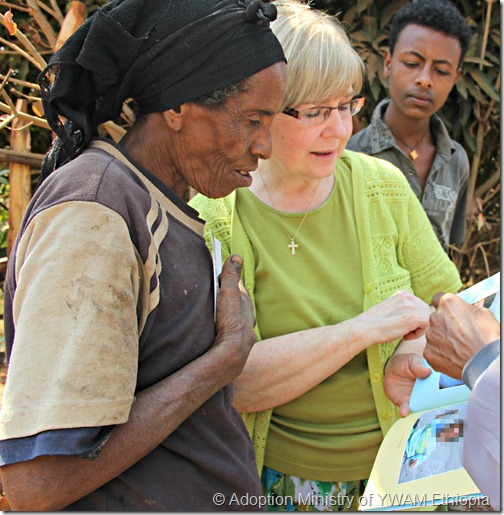 Most of the time the birth parent (especially a birth mother) parents her child no matter what her circumstances. It is a sliver of the population of single or widowed moms who chooses an adoption plan, and in most cases that I have been involved in, it is because of significant challenges that she will do so. Should she be judged for looking to adoption as a solution? Can we who are affluent and stable and looking at the world through a Western lens begin to comprehend what forces culminate to propel a mother to perform self-abortion with a stick or abandon her newborn baby in the jungle or hospital or proactively make an adoption plan for her child? Should a mother who takes the time and thought to ask that her child be placed in an adoptive family be judged as heartless… or worse? 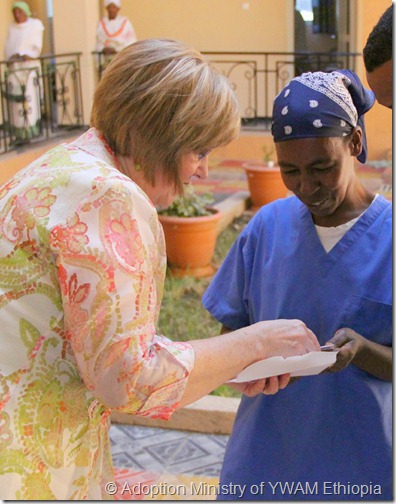 I have spent my adult life working with hundreds of women facing an unplanned pregnancy and walking them through decision making. When I started working in Ethiopia, I was surprised to find that pregnant women there had very similar emotions and reasons for wanting another family to raise their child and, just like in the U.S., relinquishing for adoption is a bitter-sweet choice. I found myself in familiar territory helping young women struggle with hard decisions, holding them as they grieved their loss, and honoring them for giving their child the stability of family they could never provide. I have followed up with every one of those mothers and have seen them come to a place of peace and even joy as they get updates from the adoptive family and pictures that show their children happy and well adjusted. 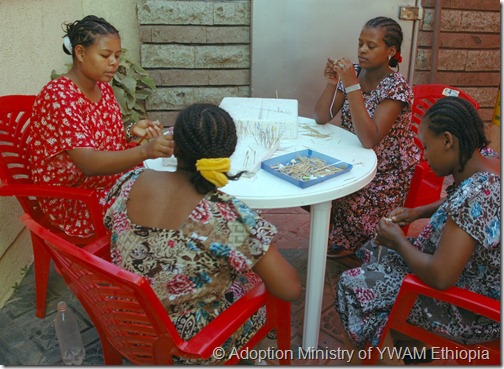 In many of the scenarios the mothers would have parented their children if they had a network of social and economic support. Living Hope maternity home gives that kind of support by providing a place for the women and their babies to live and trains them in a trade. When they are stable, several mothers are moved into a house together and a nanny is hired to care for the children while the mothers work. These women know that their chance of a man marrying them is almost non-existent and they must make a life for themselves and their baby. It is a difficult road, but with this level of support they can do it. Only one mother from the maternity home has made an adoption plan for her baby and her decision was not because she did not have assistance but for other personal reasons. This level of care only affects a few and cannot, unfortunately, be replicated for the majority.