Ethiopia is home to over 5 million orphans. Try to wrap your mind around that number: 5 million. I can’t do it. I think of the largest sports stadium packed to the brim and this would only be a fraction of Ethiopia’s orphaned children. Keep in mind that this statistic is given by UNICEF and the latest figure from their office has been closer to 6 million children in Ethiopia without a family to care for them. The one thing that is true about children is that they cannot be put on a shelf for a later time. They are constantly growing and developing and they need food, love and care today. The world should be scrambling to find an answer for these children, and I propose that there is not just one solution. Can we possibly consider several ways to make a dent in a huge problem? How can the needs of millions of children be met? 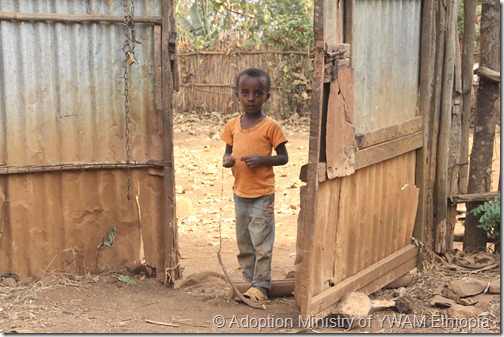 International Adoption
International adoption is most definitely not the answer. In 2011 about 1,700 children from Ethiopia were adopted into American homes. That is only .00003% of the children that UNICEF labels as needing parental oversight. No, international adoption is not the answer. It can be a solution, but certainly not the answer.
It is a little baffling to me that so much negative attention is focused on the “large numbers” of children being adopted internationally, when in fact the numbers are miniscule compared to the need. Just because it is difficult to adopt internationally does not mean that there are no children needing homes. It means that governments just make it hard. It is necessary to have high standards and rigorous oversight in any adoption, but some of the restrictions countries put on adoption and adoptive families are outlandish and capricious. It would be wonderful if leaders could have one goal in mind: get vulnerable children into stable homes and do it with ethical oversight!

Domestic Adoption
I have been impressed with the Kidmia Foundation. They are seeking Ethiopian couples to adopt the children needing families. When I go back to Ethiopia this fall I am meeting with the Kidmia staff in Addis Ababa because I love this thrust! More than anything, I would like to see a huge number of orphaned children absorbed into the Ethiopian culture. Perhaps as Ethiopia’s economic situation becomes more stable (the country’s economy is growing fast) and as people become less desperate, we will see more and more in-country adoptions. This past year, Kidmia finalized six adoptions and I rejoiced over every one of them.

We are working closely with four churches and the pastors of those churches have attended the Kidmia Seed Adoption conferences held in Ethiopia with the purpose of going back to their congregations to ignite a passion for adoption in their church. Several of the pastors have adopted children themselves. We are hoping that we will have more and more success in educating and recruiting strong Christian Ethiopians to adopt the needy children in their midst. Just this past year we thought we had two infants placed in domestic homes. The babies were gone for about a week when they were brought back to the orphanage due to a variety of problems, the major ones being lack of preparation and commitment and unclear expectations. Kidmia is addressing some of these issues in their training and is one reason why I hope to learn more from their experience. Domestic adoption is an extremely good option, but not the solution for 5-6 million children. Domestic adoption can only address the problem in very small numbers at this point in time in Ethiopia’s history, but I am a strong advocate for this solution.

Foster Homes
UNICEF is pushing for more foster homes for orphans and their literature says that they have set up a network of 5,000 foster families in Ethiopia. This, too, is a viable solution. I have a few reservations about the government overseeing this, though. Traditionally, adopted children or foster children are treated more like servants in a home rather than full-fledged members of the household. Ethiopia does not yet have the infrastructure to monitor the foster homes for abuse or neglect. The government also does not have the monetary capability of financially supporting foster families unless they are underwritten by UNICEF. However, better a foster home than no home and I expect to see the number of foster homes rise. 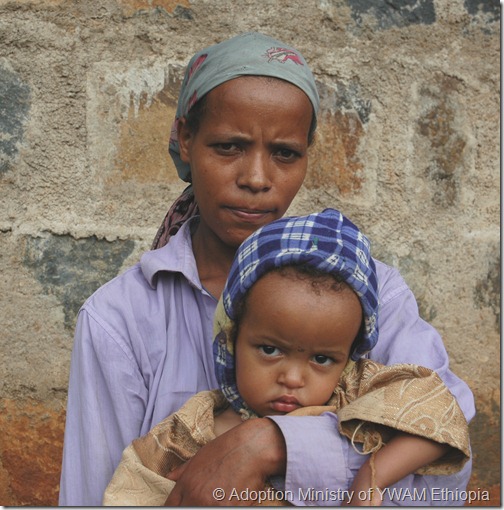 Joy Casey started Adoption Ministry of YWAM as a result of her many years working with YWAM’s maternity home, New Beginnings*. She now works with NewLife Ethiopia which has one orphanage in Shashemene, placing children the government has identified for adoption either in Christian Ethiopian families or or families in the U.S..
*Over thirty years, 85% of the women living at New Beginnings single parent their children and 15% choose adoption.
.