This is the day the Lord has made! 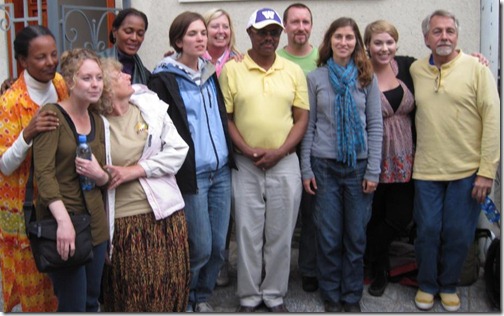 The team of nine piled out of the bus loaded down with carnival and VBS supplies. This day was what they had been planning for over the past months, and the group was energized with anticipation of sharing God’s Word with children in Ethiopia.  For about one-half mile the group wound their way along a path that took them through cultivated fields and pastures and through a thicket of trees and bushes that opened up to a small African village dotted with traditional round houses. They were greeted by Pastor Mulay and a multitude of excited children who were expecting “ferengi” to come to their village church.

While Pastor Mark set up the carnival, Chris Allen got out his guitar and started leading the young voices in a familiar song:

Indeed this was the day the Lord had made! The parable of the sower was next, a story that these agrarian children could relate to, and they were each given seed packets to gaily decorate with stickers. The team made prior arrangements for a woman to make lunch for the 120 children and this was a huge treat and they eagerly mopped up every drop of their wat with injera. 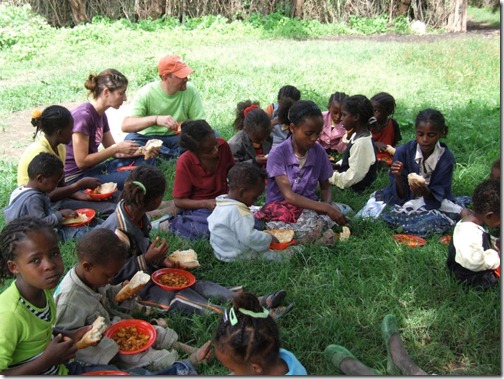 In the afternoon the story the team shared was the woman at the well, another common scene in their lives. The village children were mesmerized with the story acted out on a flannel board. 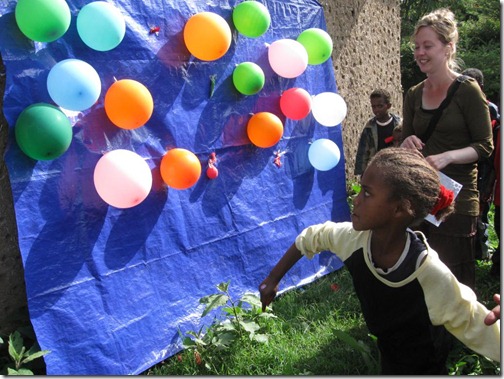 The carnival was like nothing these children had ever experienced and they delighted in the bean bag toss, pin the tail on the donkey (they thought this hilarious), bowling using water bottles, a fishing game and balloon darts. The children were divided into six groups to make a craft, and this was a good time to give attention to individual children.

It was a weary crew that packed up supplies and, accompanied by many new friends, trekked to the van to head back to civilization, a nice meal, and bed. 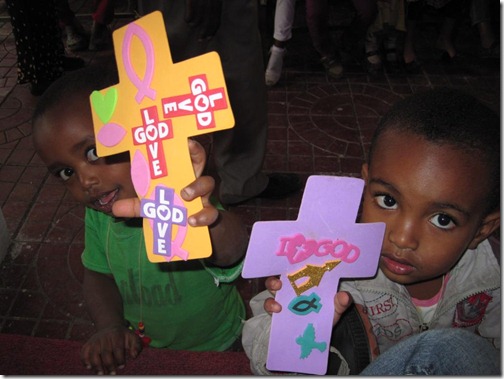 Over the course of the two weeks the HANDS team (Helping A Neighbor Develop and Serve) was in Ethiopia, they ministered to about 500 youngsters in four different church settings. Each VBS group received a new shirt from the team and, along with the parable of the sower and woman at the well, the story of creation was a huge hit. The children were delighted with the props and enthusiastically participated in acting out the stories. Songs and games and crafts and snacks rounded out fun-filled days for little ones who have never experienced such child-centered activities. In the future, our Mission Director (a former children’s pastor) wants to offer teaching to the pastoral staff of the churches Adoption Ministry partners with about the spiritual capacity of children and how to minister to this unique age.