A mission team from the University of Kentucky is in Addis Ababa.

I’ve been so happy to have had some good communication with Jeff from Ethiopia via email and also Skype.  Believe me when I say that I don’t take that for granted.  It’s not unusual to have phone calls fail and the internet be down.  I’m glad to be able to share these photos and try to fill in a bit of what I’ve heard about the team.

On Monday, the team went to Hope Enterprises to serve lunch to many homeless men, women and children. 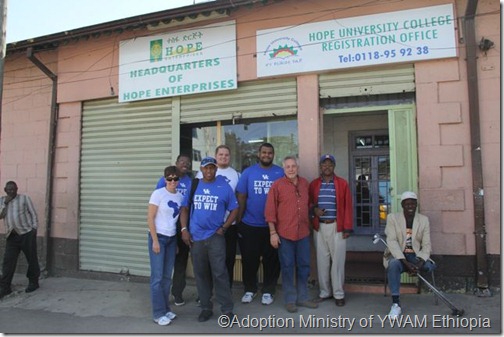 Today (Tuesday) the team prepared to do some work projects at Adoption Ministry 1:27’s newest program site in Addis.   Bed frames and mattresses were purchased and loaded onto the van to be given to 10 families. 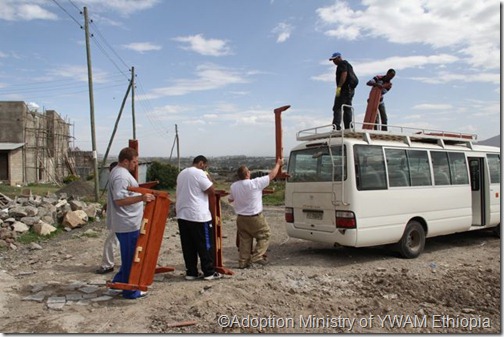 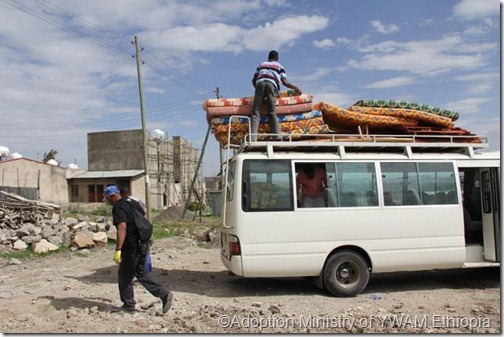 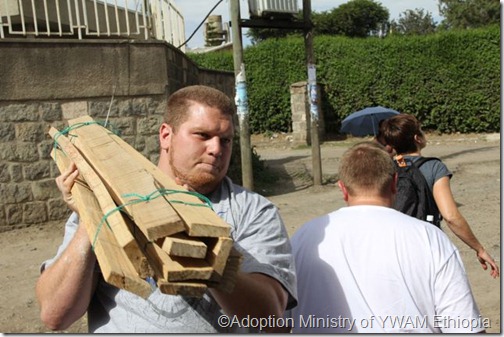 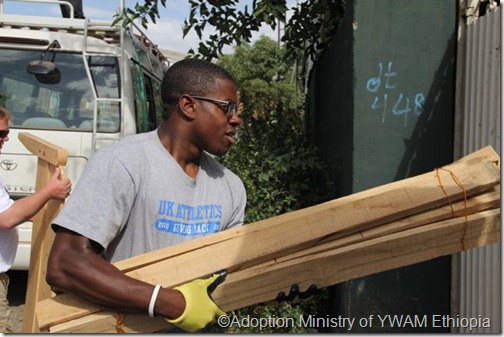 Then the team went to three homes of widows living in this community to paint the interior walls of their homes.  What an amazing sight it must have been for these dear people to see this team of big, strong ‘ferengi’ arrive to serve them!  Just look at that smile! 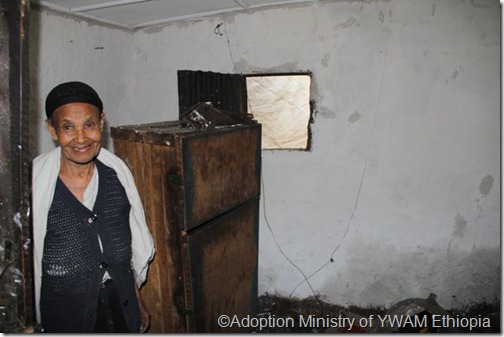 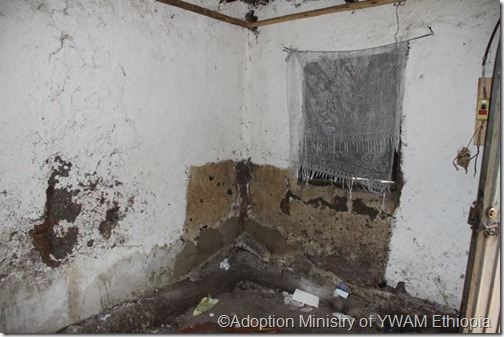 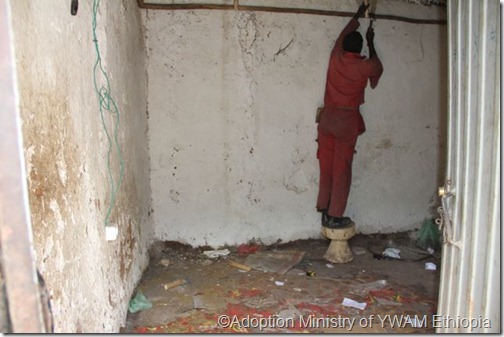 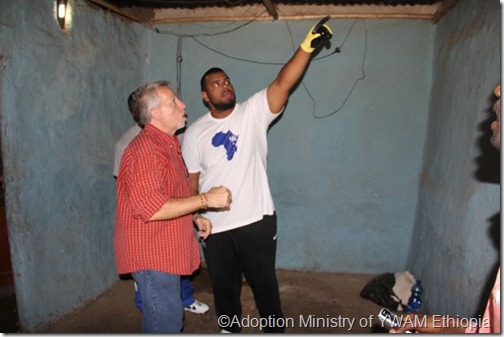 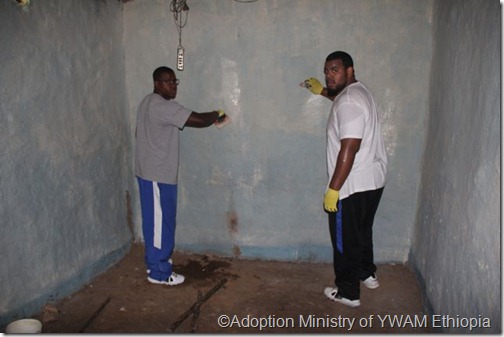 and the painting began! 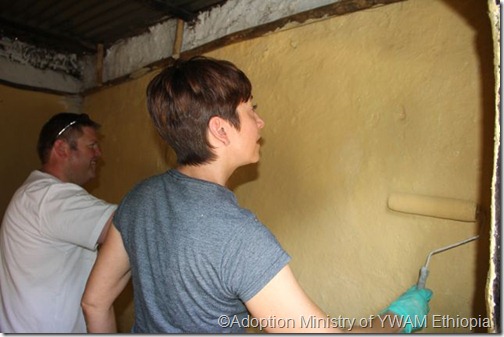 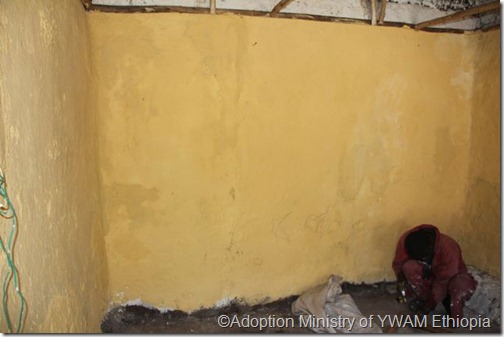 Soon cement floors will be poured to cover the dirt floors that are now there.  No cement mixers deliver the materials – instead, they arrive by donkey.  (Poor donkey!) 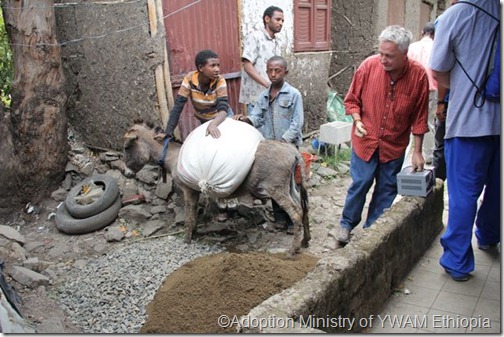 There were quite a few onlookers… 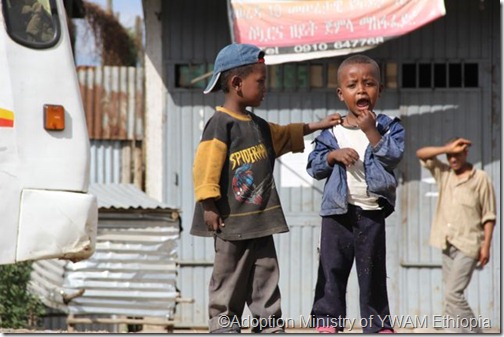 with varied reactions to the white faces they saw! A grateful recipient of the team’s work insisted on giving them a coffee ceremony. 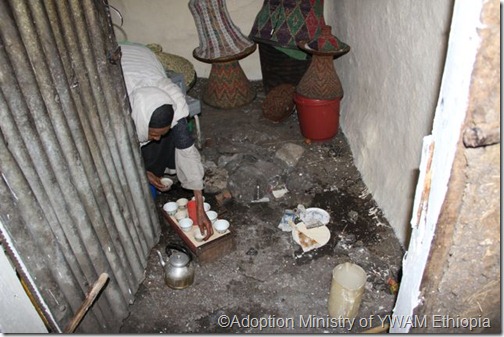 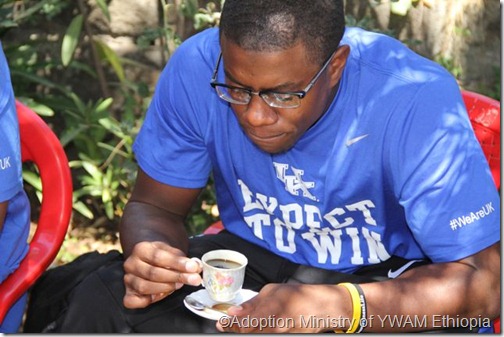 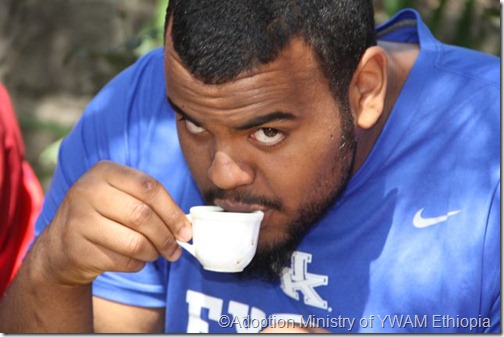 A new pair of shoes were given to this woman to replace her old canvas shoes. 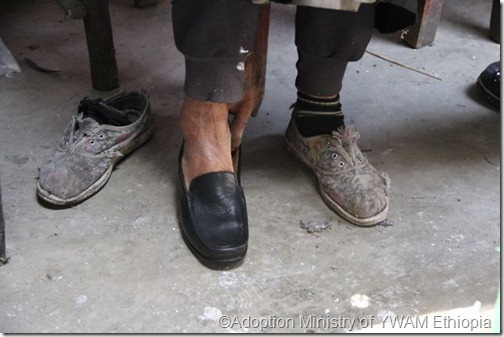 It was a day of hard work and the team left this community full of gratitude and humility as they were able to give to those who so gratefully received! 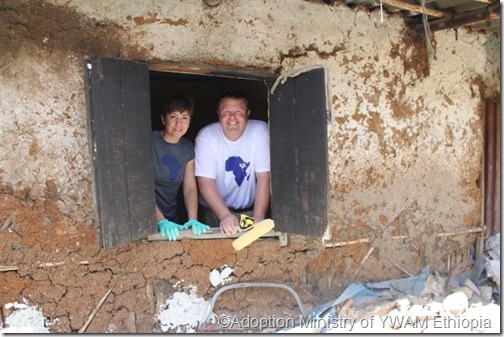 Tomorrow the team heads to Gutumuma where they’ll conduct sports camps for the children at the government school there.  I’m not sure how much communication I’ll have but I hope to keep you posted!

Abebe (our in-country representative) reports that the church who works with us to identify families to sponsor for Adoption Ministry 1:27 was SO blessed by the work this team did and the money they gave.  Both have energized this congregation to keep on helping the poor in their community and in their congregation.  Basically, the church leadership was blown away (our phrase not theirs)!  The church will be able to follow up, putting ceilings in, painting and setting up bedrooms where there were none.  The team itself helped 3 families directly with their muscle power but 7 other families will be helped after the team has gone as a result of their giving.
.