The reality of abortion in Ethiopia

We are sharing an update from Living Hope Maternity Home in Adama, Ethiopia.  Enjoy!

by Dinah Monahan
We are aborting Ethiopia’s children!  I say “we” because it is U.S. money that is training, equipping and paying for the operating costs of clinics – both in the cities and in the outlying villages.  There is NO regard for the women.  In the clinics they are giving the pregnant women RU486 without accurately establishing to how far along they are.  The women are NOT told anything of the health risks, which include many complications, possible death or sterilization.  If the baby is obviously too large, the girls are receiving surgical abortions in clinics and government hospitals. The abortions are done through the third trimester.

While there are many healthcare professionals who oppose abortion, there is no organized opposition….until now!  Living Hope received a shared grant from the Storms Family Foundation and another family trust to start a Crisis Pregnancy Center in Adama.  It is the first and only CPC in Ethiopia!  Our CPC will be staffed by our Maternity Home nurse, Mulu and our purchaser, Abu.  We will be returning in November and hope to carry in a portable ultrasound machine with us.

Meseret is not only running the maternity home, she is laying the foundation for organized opposition to abortion in Ethiopia.  People there are being lied to and abortion is being pushed on this culture with a passion.  Not only do babies die, but the fabric of this child-loving culture will be torn irreparably .  In this country, women are victims to many terrible circumstances.  Yet abortion is particularly cruel because it is being offered as a simple, painless solution to their problems.  No assistance or real help is offered.  No genuine caring for the woman as a person.  The women are herded in and given the abortion pill, or given a surgical abortion with no information or understanding of what is being done.

The church is silent because there is so little accurate knowledge of abortion.  God has opened doors for Meseret to speak to pastors, health professionals, and women’s groups.  There are now groups of people meeting regularly with the purpose of educating others about abortion.  This is how it starts.  What a privilege to be at the very beginning of the Pro-Life movement in a country! 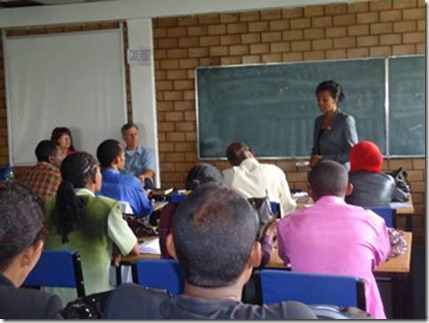 Meseret was recently asked to speak to a group of pastors and women’s groups where she shared about the sanctity of human life.  She explained the stages of development of a baby in its mother’s womb because most people in Ethiopia believe that before 3 months gestation “the baby is just blood.”  She told how the heart begins beating after the 21st day and the facts about abortion.  Two pastors invited Meseret to speak at a training center for pastors and leaders in that community.

Two of the newest residents at Living Hope… 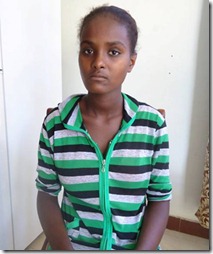 Fanose is a grade 5 student and is 17 years old.  She was a house maid when she became pregnant.  She was told about Living Hope by the wife of the guard.

Zelalem is also 17 years old.  Her parents died of HIV and she was living with her aunt along with her two younger sisters.  She left her home to work at a hotel in the northern part of Ethiopia.  The hotel owner was using the girls who worked there as prostitutes and collecting the money for himself.  When Zelalem became pregnant, she asked the owner’s permission to get an abortion but he didn’t want to be held responsible if anything happened.   She returned to Adama where she heard about Living Hope.

Be sure to visit Living Hope’s website to read more about the important work they are doing in Ethiopia:
www.livinghopeethiopia.org