Noun 1. hero – a man [or woman] distinguished by exceptional courage and nobility and strength

I suppose the word “hero” can be over-used these days and I am aware that the title is subjective.

When I was in Ethiopia working with pastors and case managers of Adoption Ministry 1:27, time and again I was told how much this program was tangibly affecting the people. One pastor said, “I don’t think you fully understand the significance of what you are doing for our people.” Of course, it is not me doing anything. It is the 85 people whose hearts have been moved by God’s Spirit to give $40 a month so that a family in Ethiopia can have enough to eat. It is these ministry partners who are the heroes. 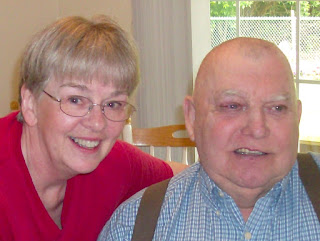 Glen and Sharon Oliver are retired and yet were one of the first people to sign up to sponsor a struggling family in Ethiopia. For several months they faithfully sent their money to Adoption Ministry who in turn made sure that Widow Mulu received food and other necessary items to hold her family together. 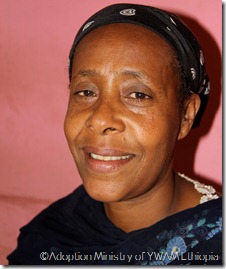 I met Mulu in a café in Dembidollo and had the rare opportunity to explain who Glen and Sharon were.  She was utterly delighted and asked me to share with “Glenni” and “Sha-rone’” (Glen and Sharon – Ethiopia-style) how Adoption Ministry 1:27 had helped her. She is HIV+ and her health was very precarious because she did not have regular nutritious food.  But after she was sponsored, her health improved remarkably because food combined with the antiretroviral medication works wonders! 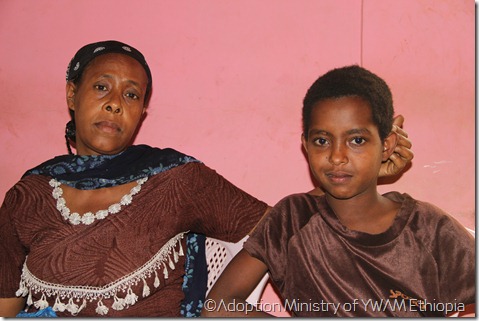 Now that she was feeling stronger and was assured of ongoing monthly help, she took pity on an orphaned girl in her community who was HIV+ and had no one to take her in. Bontu is 12-years-old and was sleeping wherever she could find shelter and eating whenever someone would give her food.  Mulu decided she would adopt this girl and be her forever family. I was elated with her generous spirit and proudly told “Glenni” and “Sha-rone’” about the amazing woman they sponsored. Now Glen and Sharon are asking how they can increase their support so there is plenty of food for Bontu and they want to provide resources so she can attend school. Isn’t that amazing?

Glen and Sharon, you are heroes in anybody’s book!