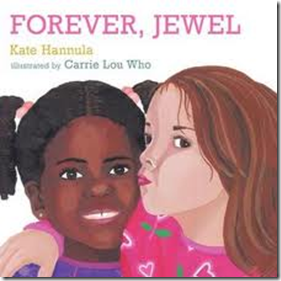 We have the privilege of sharing a wonderful children’s book written by one of our very own YWAM adoptive moms, Kate Hannula.  Kate and her husband Todd live in Wisconsin and are the parents of seven children, four of whom are adopted (one from Ukraine and three from Ethiopia).  All of the Hannula’s kids were adopted as ‘older’ children. 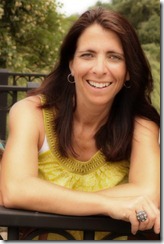 We adopted Jewel in 2004 from Ethiopia. It was love at first sight for the three of us, Jewel, Todd and I.  We bonded immediately, and we had such a good time together in Ethiopia.  I did have a moment of fear on the flight home from Ethiopia with Jewel. I thought, “Faith has been our Princess for over four years.  She may have prayed for Jewel for two years, but how is this really going to turn out? What if Faith insists on continuing to be our little Princess?”  I prayed about it right then and the fear subsided as quickly as it came.

Faith was very talkative as a two year old and she had a large vocabulary.  She reported to Todd and I that she was praying for a little sister.  I thought to myself, “My poor daughter is going to have her heart broken when her prayer does not come true!”  But, slowly, God was working on our hearts as well!  And more than a year later, we found ourselves preparing to adopt a little girl from Ethiopia.  How does that work?  God had already placed it in our daughter’s heart before we received it from God! 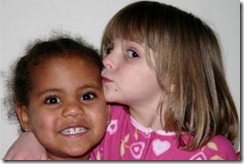 It was love at first sight for Faith and Jewel as well.  They immediately hugged and began playing even though neither knew the other’s language.  They became instant best friends! 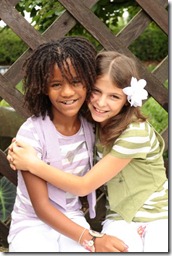 Their love for one another would turn heads wherever we would go.  Many people would stop to look at the two of them as they were always arm in arm and giggling.  Some would ask,”Are they always like this?”  Yes.  “Do they ever fight?”  No.  “I never heard of such a thing!”  They are a match made in heaven!  God answers prays of the little children!

And so it continues to this day at the ages of ten and eleven.  Best Friends.  A Match made in heaven.  God speaking to the hearts of children and answering their prayers to perfection.

It is our prayer that our book touches your family in some way. And that you also may experience greatness when you hear and listen to the voice of God. 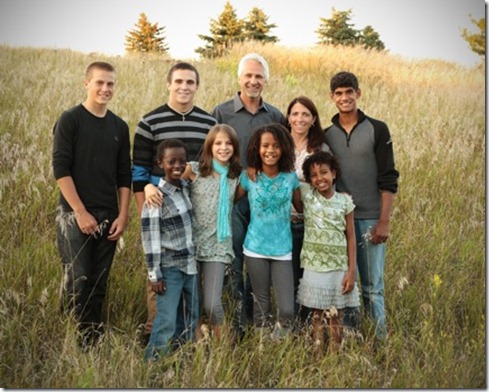 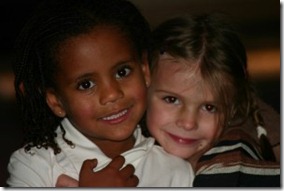 Six years ago, was the happiest day of my life. God blessed me with the greatest gift of all, a sister named Jewel. My family adopted Jewel when she was three and I was four. She is the love of my life. Jewel means everything to me. I prayed and prayed for a sister. I couldn’t ask for a better one. Sisters are a gift, because they’re always there for you. They’re someone to lean on in times of trouble and a shoulder to cry on. They become your best friend.

Adoption made our family realize the amazing love God has for His children. He finds the perfect family for each and every one of His beautiful children. The best day of my life was when my mom and dad brought Jewel home from Ethiopia here to me. I didn’t quite understand all of it at first, but when I learned that Jewel would be my sister and friend for the rest of my life, I was so happy. Jewel didn’t speak any English at first, but that didn’t prevent us from talking and playing with each other. We crossed the language barrier and became best friends.

Jewel and I love each other. We sleep together, play together, get our pajamas on together, brush our teeth together, and we pretty much do everything together. When my mom tells one of us to do something, the other one will do it, too. Even through hard times, like relatives dying, we lean on each other for help. A sister is always there for you and with you.

God knew in the beginning that we were meant to be together. He had an amazing plan for our lives. Some gifts can’t be put in a box, or be wrapped up. The greatest gift of all might just be a blessing from God, or, in my case, a sister. God has an amazing love for me, for Jewel, and for each one of us. Jewel is by far the greatest gift I have ever received.

You can order the book on the Faith and Jewel website/blog:  www.faithandjewel.com