by Joy Casey
Read more about the bicycles given to these evangelists here and here.

The bicycles given to the evangelists working in a remote village in central Africa recently got facelifts!  A church team from the Anthem Church in Coeur d’Alene, Idaho has a particular heart for the work in this village.   When they were there in October, they brought all kinds of things to repair the bicycles. 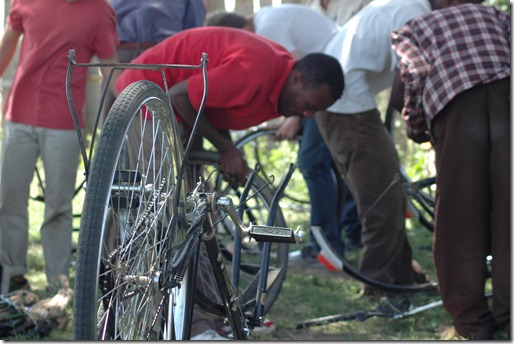 The bikes take a beating on the hard terrain and it would be interesting to clock their mileage, but they are in constant use as the only means of transportation for these men. Most of the tires were shot, so those were replaced with an upgrade so they can more easily withstand the sharp rocks and thorns that are everywhere. Many needed new pedals, and so those were replaced as well as some of the seats. 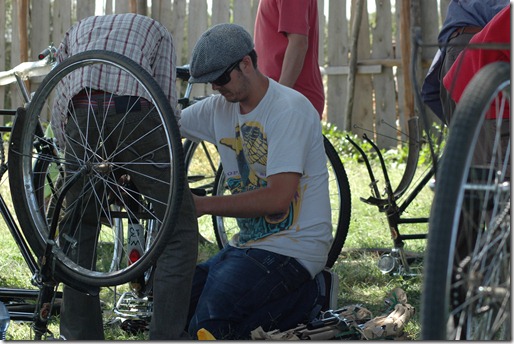 Now they are good as new, and the evangelists are pleased as punch and so grateful.  A new evangelist added to the team has been walking 6.2 miles (one way!) from another area to help disciple the new believers in this village, so one of the Anthem team members bought him a new bicycle.  THANK YOU ANTHEM CHURCH!

A few members of the Anthem team visited the families of some of the children enrolled in the kindergarten we have started.  It was such a treat to be invited into their homes to meet their family and to understand a little better the living conditions of these children.  The children were so proud to “show off” their friends from America.  It is a delight to see the development of these little ones.  The school has been in operation for only one year, but the children have come a long, long way.  When we started last year, the children were listless with dull hair and eyes.  They rarely smiled and exhibited fear around adults.  After receiving milk twice a day along with their breakfast and lunch, with tutelage from a gentle teacher, they have blossomed into happy, rambunctious children who love to play on the play equipment.  They have come to know that the “ferengi” who visit enjoy playing with them and they are eager to receive big hugs.  We hope to have an update to our sponsors very soon! 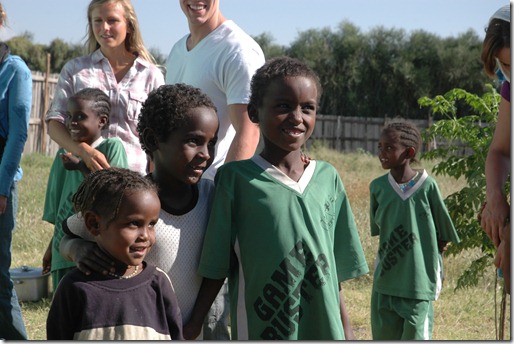 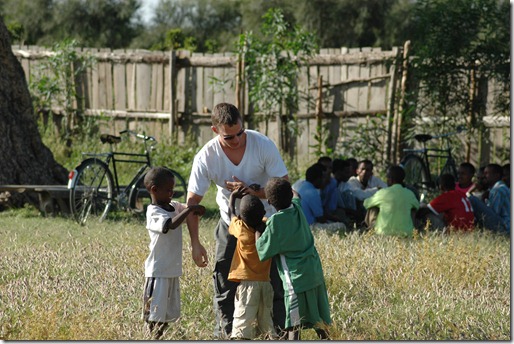 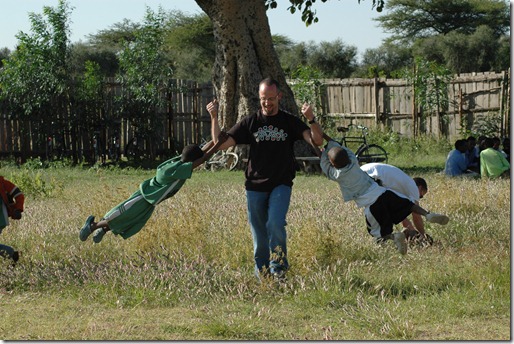 In the future, we would like to have a team of teachers come and instruct children and women converts in some of the fundamentals of Christianity. The village is a patriarchal society and many times the women and children are not considered important enough to be taught. Until just recently, evangelism was the thrust in this village, but now we need to also focus on discipleship.

They have seen the Jesus film in their own language and correlate the Americans with Jesus. Through the many mission teams that came to their village this year they are beginning to internalize the love that Jesus has for them. Most of the children come from backgrounds that are not Christian, and Christ is going to ordain praise in that village from the voices of their children.

From the lips of children and infants you have ordained praise because of your enemies, to silence the foe and the avenger.   Psalm 8:2