Poor in the eyes of the world – Rich in faith

from Joy in Ethiopia

For the first part of our trip to Ethiopia, a team from a YWAM ministry called Streams of Mercy has traveled with us. It has been great fun to show these good people the various works that YWAM-Ethiopia are involved with. I have to admit that it has been extremely challenging for me to find the time to write. When I do get to my room at the end of a day, I am so tired I can barely wiggle! However, I want to tell about the day we drove out to a small village. 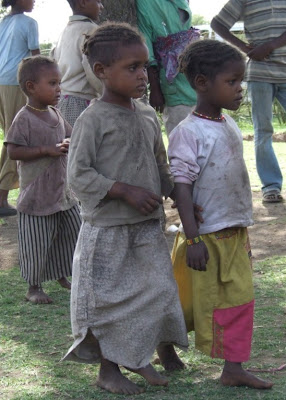 This village is out in the middle of nowhere where it is very hot, there is little water and the people are poorer than I have ever seen. The children are in rags and there are many health problems. This past year has seen 108 families convert to Christianity, secondary to national missionaries befriending these people and gently teaching Jesus Christ in a culturally relevant way. You can read an earlier blog post about the exciting day our Missions Director and local pastors baptized some of these converts.
After a two hour drive, we stopped at the property given to the converts of the village. It was fulfilling for me to see the water station we have built bringing clean water to the village. Previously, the closest water was 2 kilometers or more away. Our group was immediately surrounded by exuberant children and we had fun blowing up balloons and seeing the delight of the boys and girls batting about the bright red, blue and green balloons. We walked across the field to the large tree adjacent to the property where 22 goats and 20 families were gathered. These goats were donated by Life Church in Olathe, Kansas to be given to the twenty very poor families identified by the village elders for our sponsorship program. The goats each had a number painted on their rump and there were numbers in a hat. One by one the sponsored child and his or her parent came forward and drew a number and then picked the matching goat. It was great fun and a huge, HUGE blessing for these families. Two widows were also presented with a goat, and they were beyond happy. The village chief gave a speech giving thanks for the water and his appreciation that Christians were concerned about the welfare of the entire village and brought in water before building a worship center. He concluded his speech with, “May your God bless you.” The government representative for the village seconded the chief and thanked us in advance for building a kindergarten for the children. He took his hat off and bowed to show his appreciation. 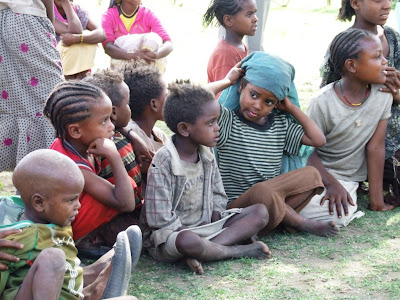 There are so many that cooperated in various ways to make all these things happen for the villagers… and then I ask, why here? It has nothing. The people are some of the poorest of the poor on this earth. Yet, God loves each one of them as much as He loves you and me. The scripture from James 2 haunts me, “Did not God choose those who are poor in the eyes of the world to be rich in faith and inherit the kingdom promised to those who love Him?” It goes on to say not to insult the poor and definitely not to show favoritism. Being with these villagers has shown me God’s heart on many levels. He certainly is no respecter of persons. I sat next to a woman from Streams of Mercy who is extremely wealthy and loves the Lord, and on the other side of me sat a dusty, illiterate woman who has nine children, her husband is dead and she has never known what it feels like to be full. My wealthy friend and this widow both glow with love for Jesus, and I, too, am radiant that God chose me to be in this place at this time. He is so wonderfully GOOD! 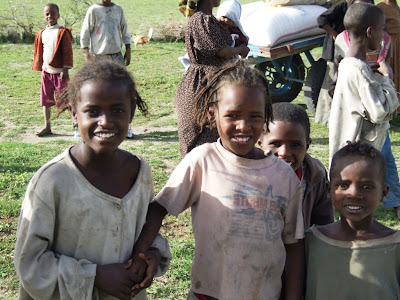