Her Name is Helen 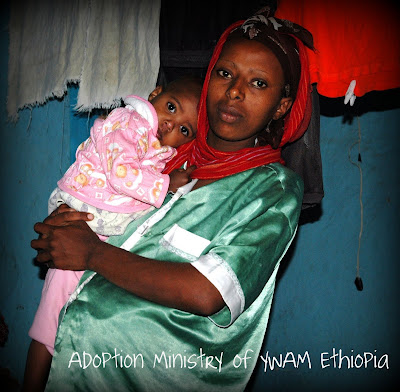 She is 28-years-old. She is a full orphan and was raised by her grandmother who died three years ago and Helen now has no family. She found a job but fell and broke her arm so she could no longer work. She could not afford medical care so her arm never healed properly and she has difficulty doing manual labor, which is the only thing she knows to do.

Looking for love and stability, she became involved with a man and it wasn’t long before she discovered she was pregnant. The man of her dreams left her immediately upon hearing she was pregnant. She and the baby she gave birth to were destitute. They had no food and neighbors contributed bits of this and that to keep them alive.

When her baby was three months old, Helen turned to prostitution to earn enough bread for herself to keep her milk supply adequate. Hers was a hard life. She was beaten repeatedly and was constantly in fear of contracting HIV. Depression and hopelessness became her close companions and the deep pit of despair overwhelmed her when she again found herself to be with child. She tried several times to kill herself and her unborn baby through an overdose of drugs, taking poison and an unsuccessful attempt to hang herself. With each failed attempt she became more depressed.

I stood in her room and wrapped my arms around this beautiful woman and prayed. I can give her money to get an ultrasound and to have her sick 2-year-old girl seen by a doctor and to buy medicine. I cannot mend her broken spirit – only God can do that. So I pray.

I know we cannot help every case.  She is just the face of many similar situations in Ethiopia. But what if there was a refuge for women like her? How would Helen’s life be changed if she was surrounded with God’s love, didn’t have to worry about food, received prenatal care and had the opportunity to learn a skill and make a life plan?

God is close to the broken hearted and saves those who are crushed in spirit …. Psalm 34:18

Living Hope Women’s Center/Hope House Maternity Home out of Arizona is partnering with YWAM to open a maternity home and a pregnancy counseling service in Adama, Ethiopia. The staff is hired and is being trained and the facility is identified. More will be shared about this exciting new ministry as it progresses!