Church at the Dump

Written by Liane Wolbert, wife of our Missions Director, on Sunday March 28.  Mark is in Ethiopia now until late April.
Hosanna in the highest! Blessed is He who comes in the name of the Lord!!!
I spoke with Mark this morning, which was about 5:30 in the evening Ethiopia time. He spent Palm Sunday in the Addis Ababa dump in a leper community. He acknowledged that it was the most impacting journey that he has ever made and the Spirit of Christ was visible on the faces of the jewels that he visited. 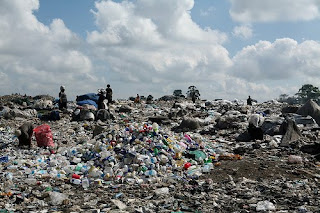 We have a friend who serves with The Forsaken Children in Addis. This is an outreach to street children who live on the streets in Addis – as you can imagine, there are many. Our friend invited Mark to spend the day with him at the dump where he has also been working for several years. Mark told me that there are 15,000 lepers that live in this location–it’s like a town! Bisrat, our friend, has started a church for the lepers and it is about 200 people now. That is where Mark was singing Hosanna! He said that the people were worshipping “off the hook.” Many were blind and lifting their stumped arms in worship to the Lord! He was humbled to the ground!

After church, they visited many in their homes which house 15 to 20 people. Bisrat told Mark that if he wanted to shake their hands, he should reach out first and then they would respond. (That makes sense as I’m sure that they would normally be rejected.)  Mark said that he would and then asked if he could hug them. The response was astonishment. Mark said that this day of hugging and holding lepers and their children will go down in his memory as walking in a place of holiness like he has never known. He was honored to have been there.

A team coming in April will visit this place to love and share with the children the love of Christ. Mark is hoping to raise money to purchase bags of coal for cooking fires. This is their greatest need. They will also purchase maize. $8.00 will purchase a bag of coal for two families for 2 months. If you check out the website for the Leper Hospital in Addis, you will find that a great work is in place for medicines for this community. Many are serving here. If you would like to purchase coal and maize for the leper community, just send $8.00 to the YWAM office in Puyallup.  (Please make checks payable to Adoption Ministry and designate ‘for Ethiopia humanitarian support.’)

On the way back to Addis (this is way out of the city), the palms were everywhere – at the orthodox church entrance, in the streets and made into head bands worn by the people. When you are in the city, you can get a glimpse of what a scene of biblical times were really like – minus the cars! Many are still riding donkeys and herding oxen down the roads. Joy, recently back from Ethiopia, said that she saw vultures devouring a dead camel of the road.

After this day, Mark headed to the Internet cafe in the small little community where he is staying to work on his communication back to the States. I could hardly hear him for the noise of all of the people in the background. The Internet was down and so he began a walk back to the YWAM compound. I could hear him puffing as he was walking down the road. He stopped at a little store (they look more like a kid’s fort) to purchase a Miranda drink (Ethiopian Fanta) and, to my amazement, he was talking in Amharic to the kids who were selling. (Maybe that was the dialog that he learned this week and he just wanted to show-off!) He was joking with them, they were laughing, money was exchanged and he was on his way down the street. When he shouted “Ciao!” they all responded with “Good bye!”

Mark will be in language school though this week. He will be leading a team of wonderful people coming to serve from Virginia Beach, VA on April 6. They will be staying for 11 days and he’ll be flying back to the States with them on the 17th of April.

Thank you for your support and prayers for Mark in Ethiopia!
Liane