What is readoption and is it necessary?

Readoption is a process in which the court reviews the details of the adoption done in the child’s birth country. The judge then issues a new adoption decree – which is independent from the foreign decree – stating that your child has been adopted in agreement the laws of your state. Parents should carefully review the laws of their state to determine how their foreign adoption decree will be recognized. (See the National Adoption Information Clearinghouse web site www.calib.com/naic for a summary of state adoption laws.)

Readoption is not related to U.S. citizenship. Federal law automatically confers citizenship on children adopted abroad by U.S. citizens, although parents must apply for a certificate of citizenship. Readoption may no longer be necessary once the Hague Convention on Intercountry Adoption is implemented in the U.S. if the children are adopted from a country that is also a Hague member. adapted from an article by Peter Wiernicki

There are several reasons why you may want to readopt:

Adoption Ministry of YWAM Ethiopia got to rejoice with several of our local families as they celebrated the readoption of their kids from Ethiopia last week! Joy Casey, our ministry director, was able to be at the court and share in the final step in their adoption journeys. 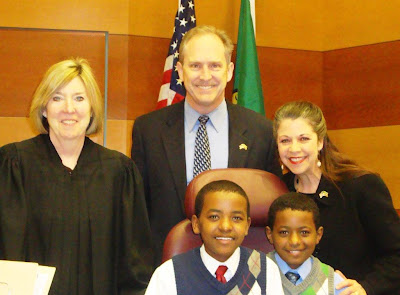 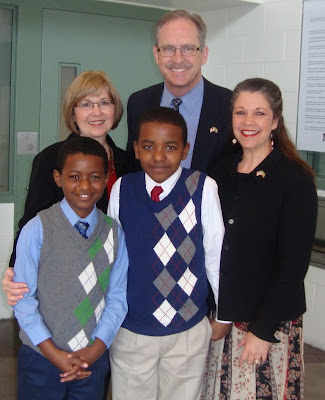 The Averill Family
Joy with Randy, Sary-Jo, Daniel and David 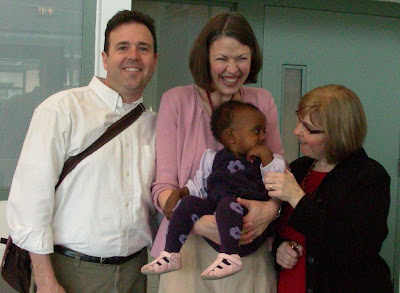 The Kalkbrenner Family
Tim, Anne and little Blin with Joy 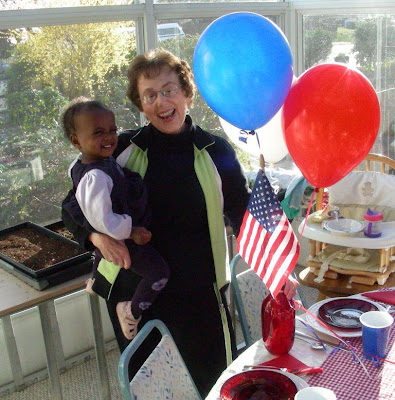