As told by Monica Barlow

Samuel
Samuel has the same name as my adopted son. As he told his story, I looked at his scarred face, filthy clothes, and bare feet. The realization that this life could have been my son’s fate, gripped me like a noose around my neck. My son’s mother had died too, and his father in grief had left him at the hospital. Could this be a window to see what would have happened to my Sammie if we had not been prompted by God to adopt him? I will be forever grateful for this look into what could have happened, but (thank God) didn’t. 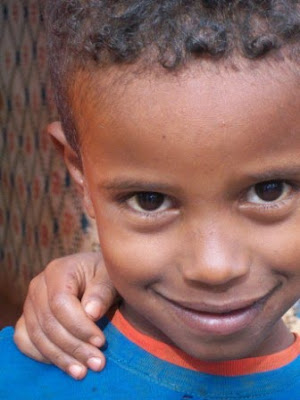 Dameca
The second story is Dameca’s. His father died, and his mother remarried a cruel stepfather who chose to beat Dameca during his frequent alcoholic binges. Dameca is no saint, but surely doesn’t deserve to be kicked out of the house at the age of eight. His stepfather even went to the police and told them he did not want the boy in this home, so they agreed. As he told his story, we witnessed an anger that was building in each of his words. By the time I asked about his preference in religion, he was livid. He yelled, “NO CHURCH”. I asked if he believed in God, and he nodded his head “yes”. I can never leave the issue when I see agitation. So I continued, “Are you mad at God?” And this thin spindly waif threw his head into Benyam’s lap and sobbed. Not just a few tears, but a flood of emotion dammed up in his tiny frame seemed to explode. We too could feel his pain, only because he had opened up his soul to us. 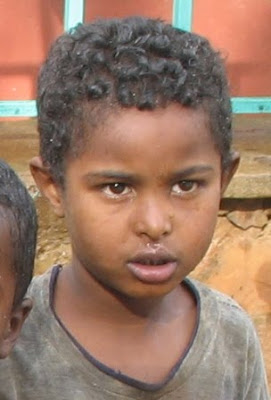 Benyam looked at me and said, “I’ve had enough! This is too difficult, get someone else to interpret!” But I reassured him that we were here because we needed to help no matter what. He agreed to continue. An Ethiopian male does not show emotion unless someone dies, so this was extremely difficult for him.

I squatted in front of Dameca and with just a whisper I said, “Dameca, God loves you! That is why He sent us to help you. He wanted us to start this school program with lunch for you, Jirata, and Lalisa and look at how many others are being helped, too. Again, a deluge of crying from his thin body erupted. I felt that we were experiencing a lifetime of hurt and disappointment expressed in one session. I tried to change the subject. “Dameca, if you could be anything, what would you like to be?” Without a second thought, he looked up smiling through his tears. “I want to be a doctor so I can help Jirata to feel better.” At that answer, Benyam and I lost it. Crying from the three of us continued for about ten minutes.

A Lost Boy
Another boy stood out in our interview. His fate would also be to endure HIV. But unlike Jirata and Lalisa, he could not find any joy in this life. Having no parents or relatives, he daily lived on the streets. When asked if he would like some new parents, he said, “NO!” When he was asked what he wanted to be, he said, “Nothing.” He felt he had no future. As he walked from the bench, we felt sorry and completely helpless. Again the tears fell. 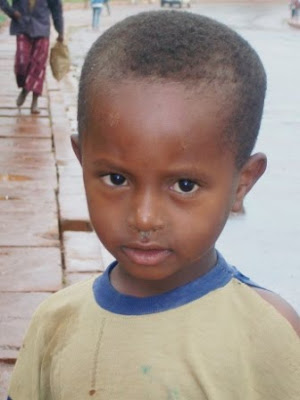 Matewos
But Matewos’ (Matthew) story was different. With a smile from ear to ear, he told his story. Just like so many of the others, he had no parents and no siblings. He lived on the street, and was very happy that the Women’s Center had this new program so he could go to school. He would have liked to go to church, but he didn’t have clothes suitable. But the difference in his story came when we asked him what he wanted to be. This 10-year-old boy said that he just wanted to be what God had planned for him. We were shocked. How could he think that God had a plan for him when it would appear that God had forsaken him? Dameca had felt the pain of this rejection and Matewos story was just as desperate, yet what was the difference that produced such a complete opposite response to adversity? I had to ask him. “Matewos, how do you know that God has a plan for you?” Within seconds he replied, “I just know He loves me and has a plan for me. I can feel it down deep inside.” 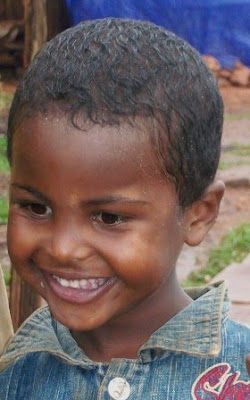 As we left the Center to purchase 27 Muzi (bananas) and 27 large Dabo (bread) to go along with the pasta we had made for lunch, we knew we would be forever changed. In a country where there is a shortage of doctors, it seemed a shame to not give these willing minds a chance to make a difference. In a world where money is at a premium, giving lunch to these kids is of paramount importance. In my mind, the craziness of adopting seemed to make perfect sense now. I have never felt so helpless while being helpful; so small while being part of something so great; and lucky yet seeing that luck had nothing to do with it. That no matter what my lot, I SHOULD always be able to say, “It is well with my soul”. 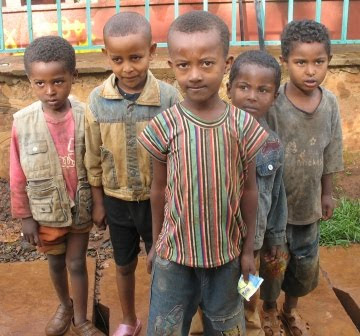 After today, I question if I can ever leave Ethiopia for more than just a visit home. Its people’s needs have captured my heart. Every day I am able to help here in a way that is impossible in the states. I never again want to go back to my selfish ways, and I pray that whatever is in my future, I will do what God wants and not what I want. Ultimately, He knows what I desire more than I do.