A Street Kid to Desire

Gimbie. A town out West in Ethiopia. Beautiful people, lush landscape, harsh realities. We are beginning to work in this remote corner of the world and almost daily we hear poignant stories. Let me share one told to me by the missionary who is presently taking care of “our” children until our orphanage building is renovated. by Joy Casey 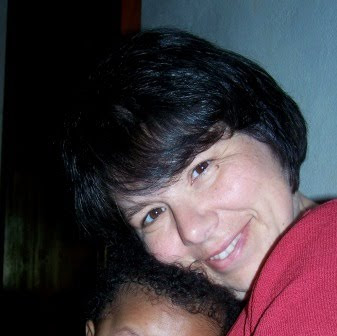 The day started like so many other days with Monica’s to-do list a mile long. Going through her morning routine, she wondered what God would teach her this day. Little did she know that one of the biggest lessons of life would be revealed at the Catholic Women’s Center that morning.

Monica was part of a group from the Gimbie Adventist Hospital that was to interview and assess the needs of 25 street kids in a brand new program started only one week ago. The program was germinated as a response to three wonderfully mischievous street boys who needed some guidance. 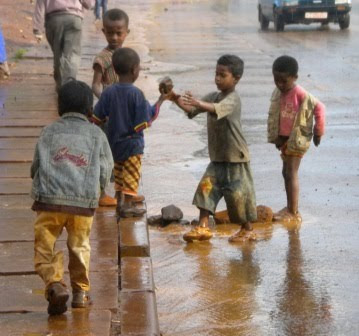 Monica had been asked several months ago if she would take in Jirata, a little boy who was HIV positive, had tuberculosis and was not taking his medicine regularly. Unfortunately, she had to find another solution to his problem since she was already caring for six babies ranging from 2 weeks to 10 months and two 7-year-olds. Monica has become good friends with Sister Suzie who has served in Gimbie for ten years, and talked over the predicament with her. Their solution was to use the basement room of the newly opened Catholic Women’s Center to teach a few street kids and keep them occupied from 9 a.m. to 3 p.m. Sister Suzie knew of a qualified teacher who needed a job and Monica offered to organize a hot lunch every day. Jirata and two of his friends set out to find interested comrades. In one day there were seven boys attending and by day three they were teaching thirteen boys. By the fourth day, they had to hire a second teacher and opened the school for a total of 25 kids. More street boys would have liked to attend, but the room was overflowing.

As the small group of volunteers walked to the Women’s Center, they were excited to help these little men. Some nursing students set up the physical exam room and HIV testing area. Another was ready to photograph each boy for identification purposes, while YWAM’s social worker, Benyam, found a bench for Monica and him to sit on while interviewing each child for their social history. As each child was excused from class, he was measured and weighed, vital signs were taken, he was tested for HIV and had a scoliosis screening and a brief physical. Benyam and Monica were to do the social intake. One by one, each boy’s life unfolded before them. 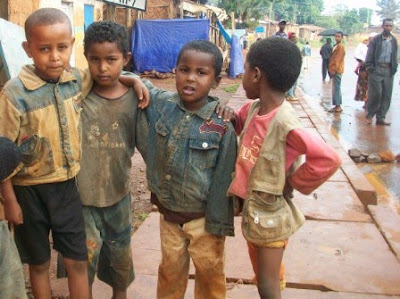 Of the 25 kids interviewed, 80% were assured of only one meal a day…the one served at the Women’s Center. About 70% of the boys were complete orphans, having lost both parents to illnesses or desertion. Almost 40% spent every night sleeping on the streets and begging for supper from leftovers at nearby hotels when available. The others found refuge occasionally (usually during thunderstorms) from distant relatives or kind neighbors. Just a few had a home they could depend on every night.

Monica was astounded at the responses to the questions. It seems that a life on the street teaches one what is really important at a very young age. When asked what they would like to be when they grow up if they could be anything regardless of money or education, all but one immediately smiled and revealed their special hopes and dreams for their future. Three said they would like to be rich businessmen, one replied, “a pilot”, two held their options open, and almost all of the rest wanted to be doctors to help the sick. They wanted to help their friends, as living on the street makes the reality of the crippled, needy and sick an everyday occurrence.

Listening to their tragic stories kept Monica’s eyes leaking for the complete two hours of interviews. Jirata’s story of losing both parents to HIV could bring even the strongest man to his knees. Touching stories of an extremely poor family taking in one of the boys for no personal gain were common. Please check back in the next few days for four stories that are particularly haunting.